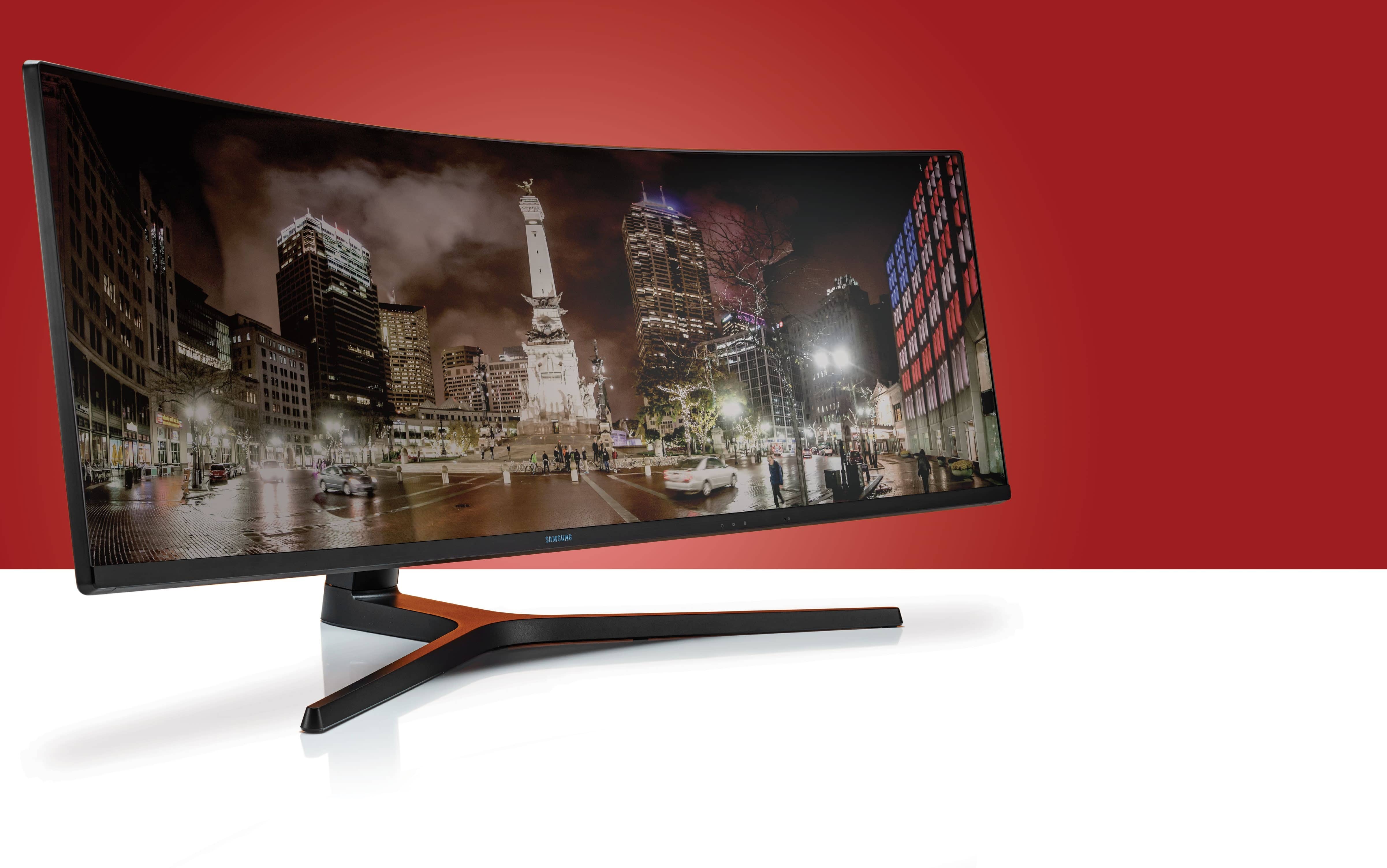 What’s hot and what’s not in screen tech in 2020? Jeremy Laird takes a deep dive into the PC monitor market

SCREENS TODAY OFFER more innovation, wider choice, and better value than ever. But, by some metrics, PC displays are disappointing. By other measures, though, marketing madness is starting to take hold.

How so? On the one hand, you can now choose from a huge array of form factors, sizes, and aspect ratios, many of which are more affordable than ever. Innovations such as high refresh rates and adaptive sync have entered the mainstream. Support for HDR or high dynamic range content is becoming widespread, too. Connectivity solutions such as USB Type-C make it simpler than ever to hook up displays to PCs of all kinds. And panel tech is improving, with better contrast, lower response times, and technologies such as local dimming contributing to dramatic improvements in image quality.

On the other hand, some elements of screen tech refuse to move forward. The most obvious involves pixel density, an issue that’s related to screen resolution. But outright screen resolution is also stuck, with few monitors breaching the 4K barrier.

Even where there has been progress, the benefits are not always clear cut. Significant confusion surrounds the implementation of HDR support in PC monitors, for instance. That’s the polite way of describing a huge amount of HDR marketing FUD (fear, uncertainty, and doubt). Likewise, refresh rates continue to escalate despite diminishing returns. And the price of USB Type-C connectivity remains painfully high.

In hindsight, it’s also disappointing that LCD technology remains dominant. Five years ago, you’d have put good money on OLED achieving at least some significant penetration into the PC monitor market. Save for some limited appearances in laptop PCs, it’s virtually non-existent.

If that’s a helicopter view of screen tech in 2020, it’s time to swoop down into the detail. 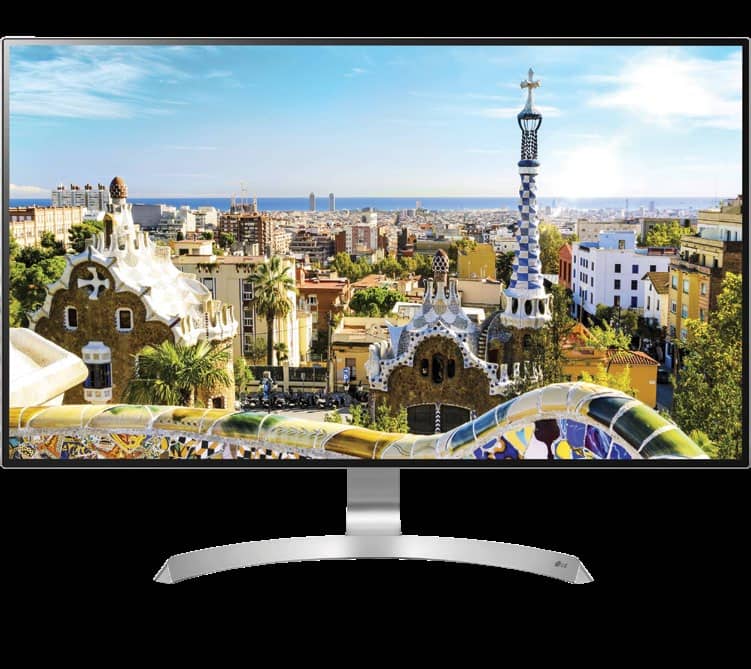 IF THERE’S A SINGLE metric by which PC display technology disappoints in 2020, it has to be pixel density. A decade ago, it seemed inevitable that high-DPI displays would be the norm on the PC by now. The reality? DPI levels on most displays barely breach 100. In other words, there has been little or no change from 10 years ago.

DPI refers to dots per inch, a measure of how densely pixels are packed into a given area of screen. The denser or more numerous the pixels, the sharper and clearer the image. Fonts are particularly sensitive to pixel density, but it’s important for screen clarity and image detail, period.

Take the new HP Z38c, a desirable new 38-inch ultrawide monitor, with a $1,200 price tag. At first glance, the Z38c’s native resolution of 3840x1600 pixels sounds like plenty to justify its premium positioning. But do the pixel density math, and the result is a DPI of just 109 pixels per inch. That’s actually slightly worse than a bargain basement 1080p 20-inch monitor that you might pick up for $75. 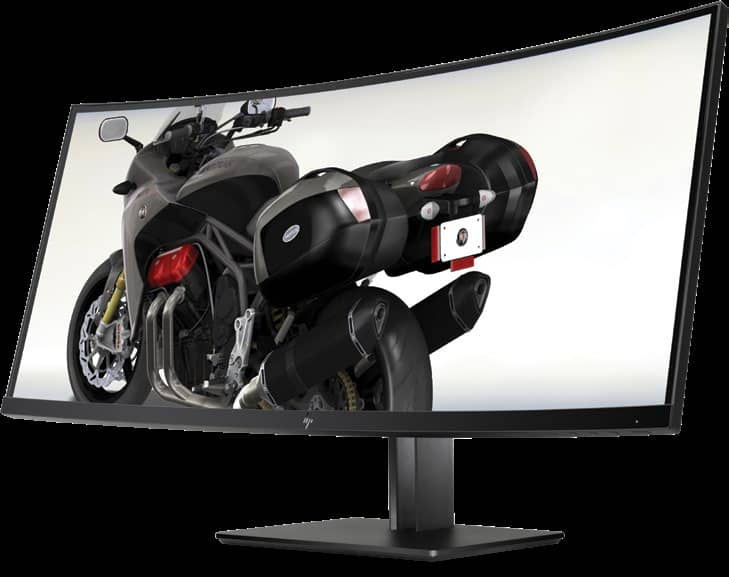 Obviously, phone screens held in the hand are viewed at shorter distances than PC monitors. Apple’s “Retina” display standard provides a useful metric. The idea behind it is the human eye’s ability to resolve individual pixels. The point at which the pixels are so small they can’t be individually discerned is the point at which adding further pixels does nothing to improve sharpness and detail. You can achieve the “Retina” point by moving a display further away or by adding pixels.

Apple puts that point at around 300 dpi for smartphones and 200 dpi for desktop and laptop displays. It’s not an exact science and one can debate the distances, required DPI levels, and the acuity of the human eye. But Apple’s approach provides a tolerable rule of thumb and a context in which a mere 109 dpi obviously isn’t even close. That’s an observation confirmed when you compare the quality of fonts on a display with a DPI of around 100 with another good for 200 dpi. The latter has much cleaner, sharper fonts.