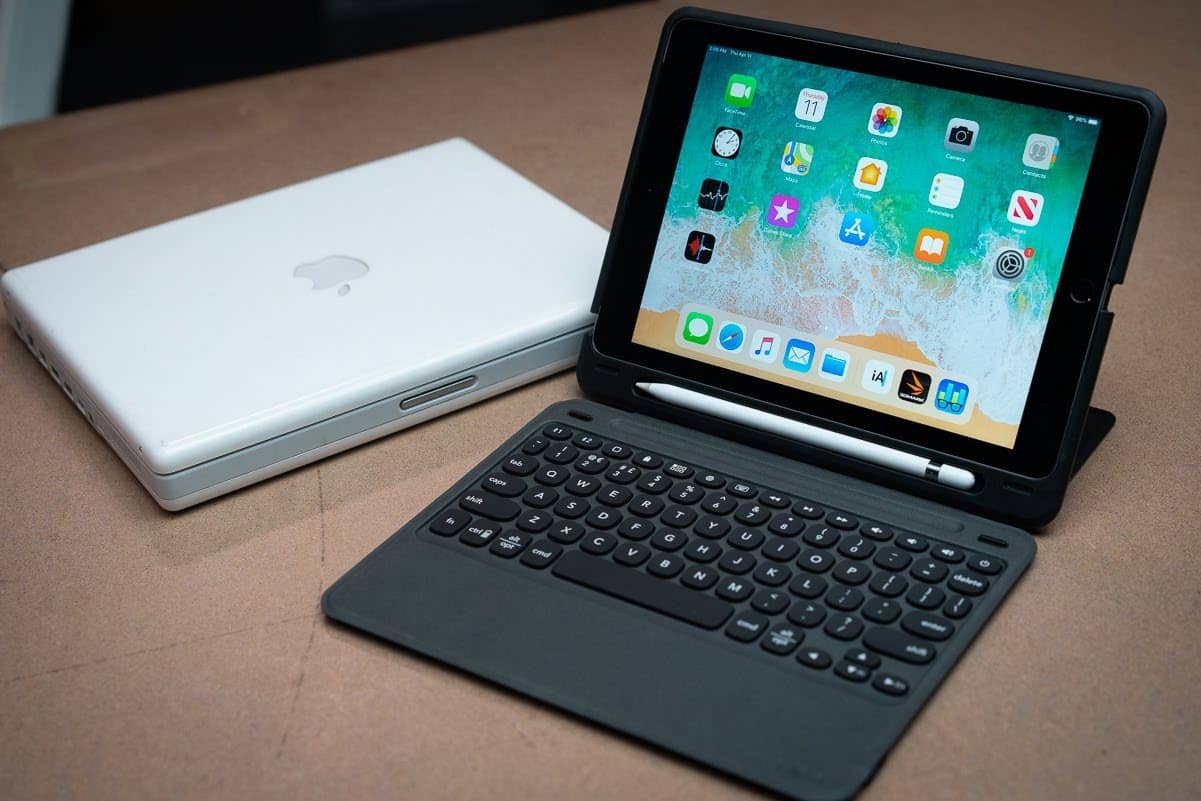 The best thing I can say about the Zagg Slim Book Go is that it has me seriously thinking about using my 9.7-inch iPad as my primary work machine again.

Apple’s baseline iPad feels a lot like a miniature laptop once it’s paired with this case, right down to a backlit keyboard that’s far more satisfying to type on than anything Apple itself offers. It’s also one of the few cases with a good solution for handling the Apple Pencil, and its detachable keyboard makes it easy to use as either a tablet or a laptop as required.

It’s not an unattractive case, but its never going to turn heads. Zagg covered the keyboard half with a linen material that reminds me (not unpleasantly) of coverless hardbound library books, while the side that houses the iPad sports a no-nonsense thick plastic shell. Aside from the volume buttons and a stiff but durable adjustable flap that folds down so you can use the iPad as a laptop, it’s fairly nondescript.

The design feels utilitarian more than anything else. It’s 1.2 pounds, which means it's slightly heavier than the iPad. This isn’t such a bad thing, as it means the Slim Book Go is likely to survive tumbles in highschool hallways or scrapes in rough work sites. It’s also more adaptable than many iPad keyboard cases, as I can detach the keyboard side with minimal awkwardness while still keeping the tablet itself protected. It doesn't take much force to pull apart the magnetic strip that anchors the keyboard to the case, but on the other hand, the keyboard never feels as though it's going to fall off when I have it attached.