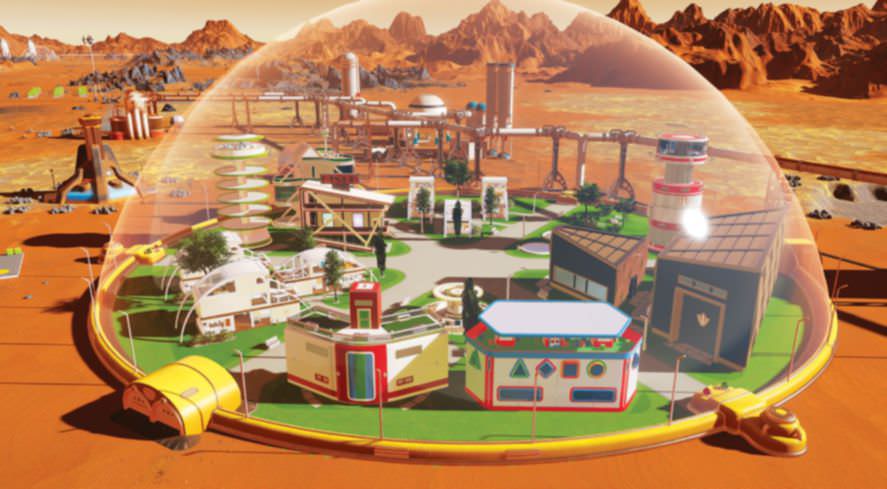 We often say management is trapped in its own sealed-off bubble. Little did we know Fraser Brown had them trapped on Mars…

Surviving on this inhospitable world is no mean feat, but it’s worth the effort.

Humans don’t start coming to Mars until they can live there, so all the infrastructure needs to be established first. By the time the first human set foot on the planet, we had an elaborate life-support network pumping oxygen and electricity to everything from domes to drones, as well as lots of ideas about what to tackle next. The list of potential objectives is daunting, but by not forcing you to worry about the needs of the colonists first, Surviving Mars has a forgiving early game.

Despite its survival bent, Surviving Mars still follows the same pattern as Haemimont’s Tropico, turning resources into finished products and building whole industries out of them, all the while trying to keep everyone happy. It’s something familiar to hold onto when the curve balls start flying.