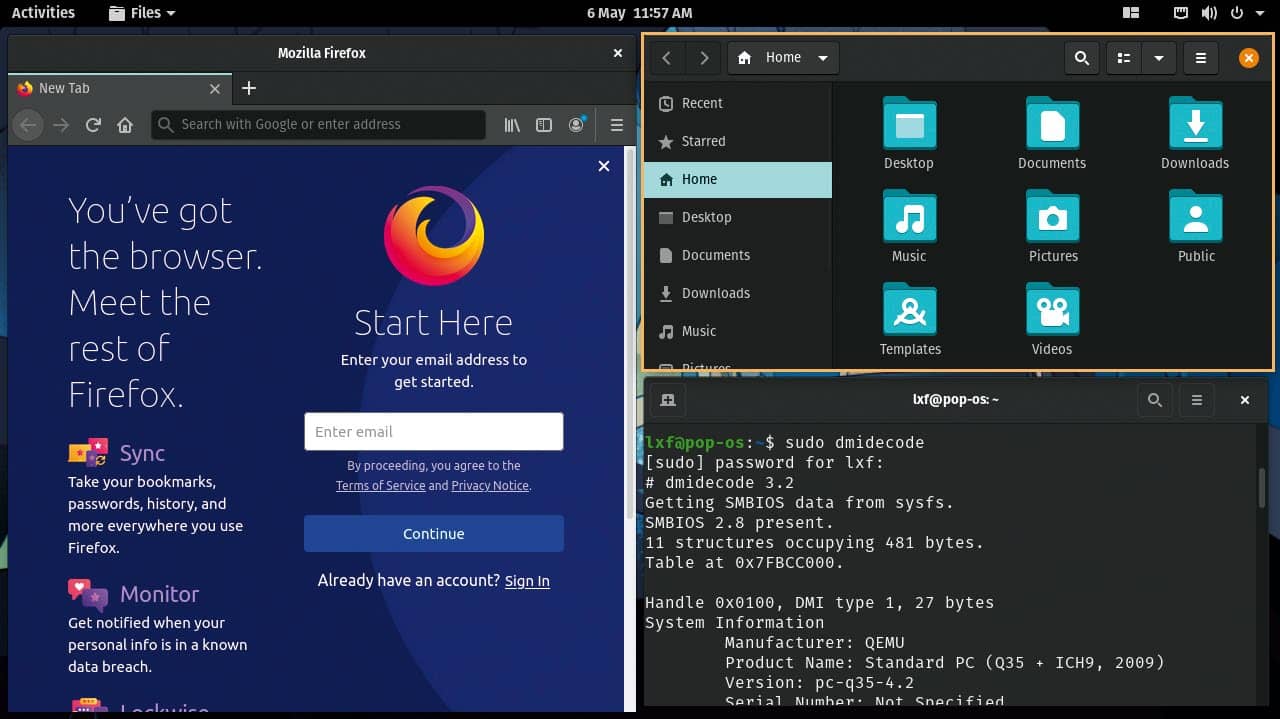 Ne’er have we seen such an excited Jonni Bidwell as when he heard that Pop!_OS does window tiling now!

A stylish, user-friendly distro for everyone. It might just bring window tiling to the masses. See Also: Solus, Linux Mint, elementaryOS and Mageia.

Ubuntu is often credited with making Linux useable on desktop, and make no mistake they did and do an awful lot, but they also stand on the shoulders of a few forgotten giants.

Mint made Linux even more attractive, initially by taking Ubuntu and giving it a traditional desktop (and a Flash player), beginning a new trend largely unseen in Linux: giving users what they want (crazy… – Ed). ElementaryOS stands out as being one of the new top-tier home distros, thanks to its beautifully designed desktop with its macOS-like stylings.

Another standout distro from the new generation is Pop!_OS, made by Linux system manufacturer System76. Being an OEM, it wanted to be able to ship an OS guaranteed to work with its hardware. But also, borrowing a feather from Mint’s hat, an OS that makes it easy for users to do whatever they want to do. Nevermind the awkward punctuation in the title, Pop (as it shall hereafter be referred) is that OS, and hot on the heels of Ubuntu 20.04 comes a brand new version.

Pop uses a customised Gnome desktop. There’s no launcher like in Ubuntu, but if you can’t get used to that the Dash to Dock extension is but a few clicks away. With this release System76 introduces its own UI layer on top of Gnome. Dubbed Pop Shell, it implements automatic window tiling and a “keyboard-centric workflow”. We’ve always said that Gnome is a lot more tolerable once you learn a few keyboard shortcuts. Pop has a few more you might want to learn, and also replaces some of the less-used Gnome shortcuts to better fit this workflow. For example, press Super and Enter to activate Adjustment Mode for the active window, then you can use Shift and the cursor keys to resize it. The Pop menu gives you easy access to a list of keyboard shortcuts, so you’re not going to find yourself in a situation analogous to being stuck in Vim. See the box (right) for more information about the tiling feature.