How to recreate the Doctor Who theme 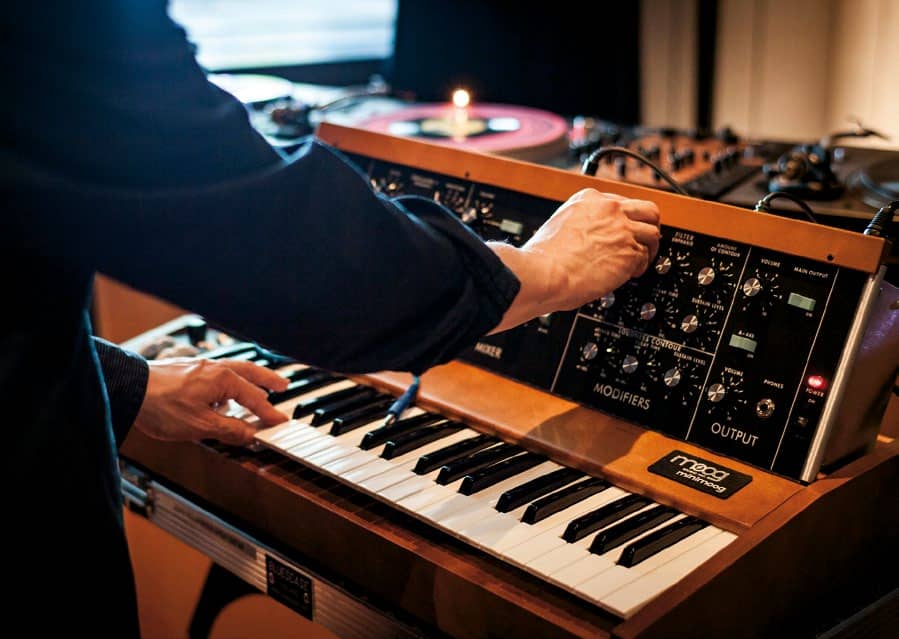 Mike Bedford makes use an analogue synthesiser simulator to generate one of TV’s most iconic and recognisable themes.

Established in 1958, the Radiophonic Workshop was created, according to the BBC, to produce incidental sounds and new music for radio and television. It was known for its pioneering work in electronic music and music technology.

Just two years into the Workshop’s existence, Delia Derbyshire, who had recently graduated from Cambridge with a degree in music and mathematics, joined the BBC as a trainee assistant studio manager. Within a couple of years she’d been assigned to the Radiophonic Workshop. It was here that she famously produced the Doctor Who theme tune, which had been composed by Ron Grainer.

Delia had to use a mix of equipment including laboratory instruments like signal generators, in-house designed and built electronic circuits, and reel-to-reel tape recorders. Bizarrely, Delia even used metal panels, specifically blanking plates from 19-inch instrument racks, plucked by hand, to create the twang of the Doctor Who baseline. To produce different notes, the sound was recorded on a tape recorder and played back at different speeds to alter the frequency, and further electronically manipulated to subtly alter the fundamental sound.

We’ll be using a real-time open-source software synthesiser called amSynth, which is similar to classic analogue synthesisers of the 1970s, including the Minimoog and the Roland Juno-60. First install it on your PC and fire it up. Now click the Audition button towards the right-hand edge of the toolbar (which is a green forward-pointing arrow in some versions) and you’ll hear a musical note. What’s more, just by chance, unless they’ve been changed since the version we used, the default settings produce a sound that isn’t a million miles from what we need for the bass line of the opening few bars of the Doctor Who theme.

A key component in generating this sound is a ring modulator. You don’t need to understand the inner workings of this electronic circuit to follow the following instructions but, if you do want a better appreciation of the underlying principles, take a look at the explanation in the box entitled Understanding Ring Modulators (opposite page). And finally, before moving on, note that, although amSynth has rotary controls, the user interface is linear so, to change any setting, click the control and adjust by moving vertically.

Pressing the Audition button gives us access to just a single note and there’s limited scope within amSynth to change that note. What we need, therefore, is to connect a MIDI piano keyboard to amSynth. If you have a real MIDI keyboard then that can be used, but a software solution involves using the Virtual MIDI Piano Keyboard (called VMPK in repositories) and you also need a utility to wire its MIDI output to amSynth’s MIDI input – we used the ALSA Sequencer (aconnectgui in repositories).

Note that with VMPK’s default settings, when you use the keyboard it’ll play notes through its own internal audio generator and so you’ll have to tell it to route its output to amSynth. To do that you’ll have to define the necessary routing in the ALSA Sequencer and also, in VMPK, select MIDI Connections from the Edit menu and then choose ALSA from the MIDI OUT Driver menu. Now you’ll be able to play notes on VMPK and hear them via amSynth. Try it out, noting that the sound of the notes will now be very different to how VMPK sounded before you wired it through to amSynth.

With everything connected up, we can now start to make some music and we’re going to start by generating the introductory baseline. Fred Welsh, author of the Synthesizer Cookbook, reported that he reverse engineered the bass line using a harmonic analyser. To set up amSynth according to his instructions, here’s the gist of the settings that you need to make.

We suggest that you start with amSynth’s default settings, most importantly “[U] user bank” as the bank and “0: Derren 1” as the sound, because these aren’t too far from what we want. Set both oscillators to square/pulse wave using widths of 30 per cent. Set Oscillator 2 to an octave below Oscillator 1. Select lowpass as the filter with the 12dB option and the cut-off frequency nearly all the way down, and set its envelope to A=0 sec, D=250mS, S=25 per cent, R=250mS. Set the amplitude envelope to A=0 sec, D=650mS, S=0 per cent, R=700mS.

Although not specified in Welsh’s instructions, we suggest starting with a 50:50 mix between the two oscillators and the degree of modulation set to at least 50 per cent. You might try nudging up the Detune control for Oscillator 2 very slightly, certainly not too far, and you could even try tuning Oscillator 2 down another octave.

Having made those changes, click Audition to try it out. Depending on which of the many versions of the theme that have been produced over the years you think of as the true Doctor Who music, this might not sound exactly as you remember it, but it’s close enough for now. In fact, Fred Welsh says that this is the version used in the 70s during Tom Baker’s time as the Doctor. If you want to fine-tune it later, it’s almost certain that amSynth will be able to better meet your expectations, although bear in mind that there’s an almost infinite number of combinations of the settings.