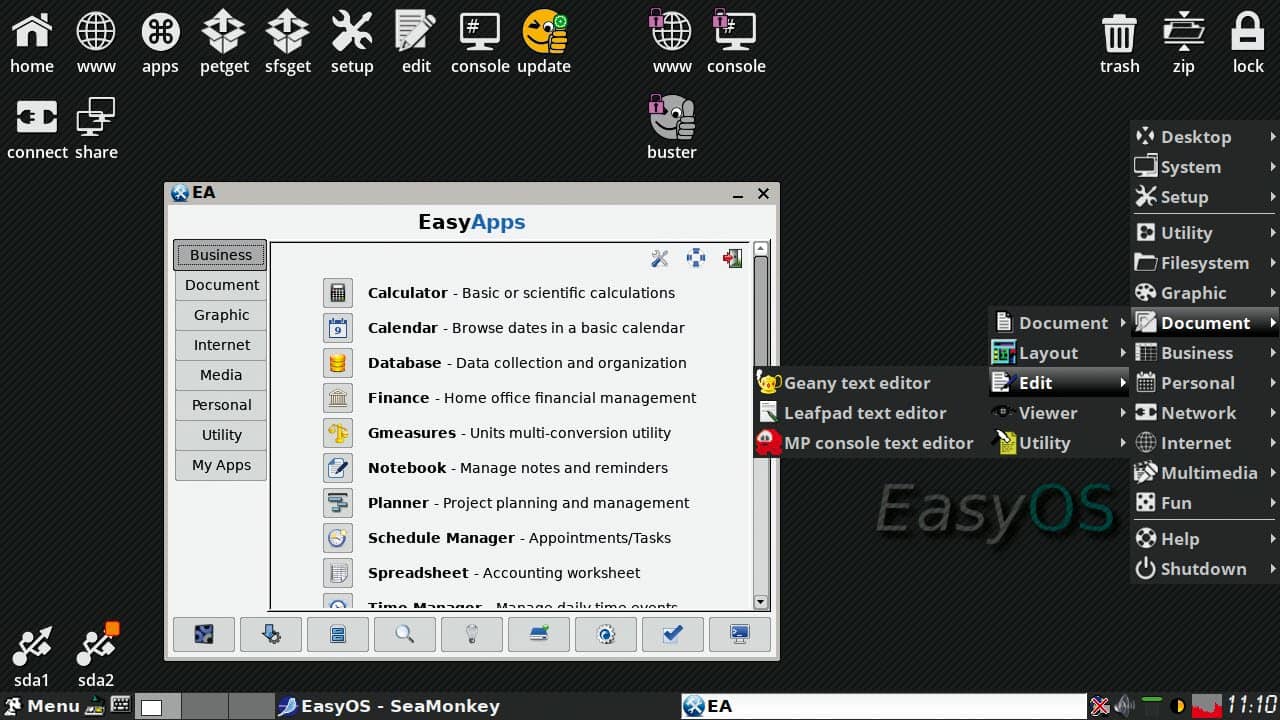 Puppy Linux has a younger sibling, and like Jonni Bidwell it’s completely container-mad and works well on a boat.

Puppy Linux is a veteran distro. Well actually, it isn’t so much a distro these days as a treatment that you can give to existing distros. Anyway, whatever it is, it was originally created back in 2003 by Barry Kauler with the goals of being lightweight yet complete. It’s under new stewardship now, but still holds true to those ideals.

EasyOS has, for the last three years, been Kauler’s pet project in which he takes Puppy Linux and introduces his own take on containers. We’re going to look at the recently released version based on Debian Buster.

Easy on the storage