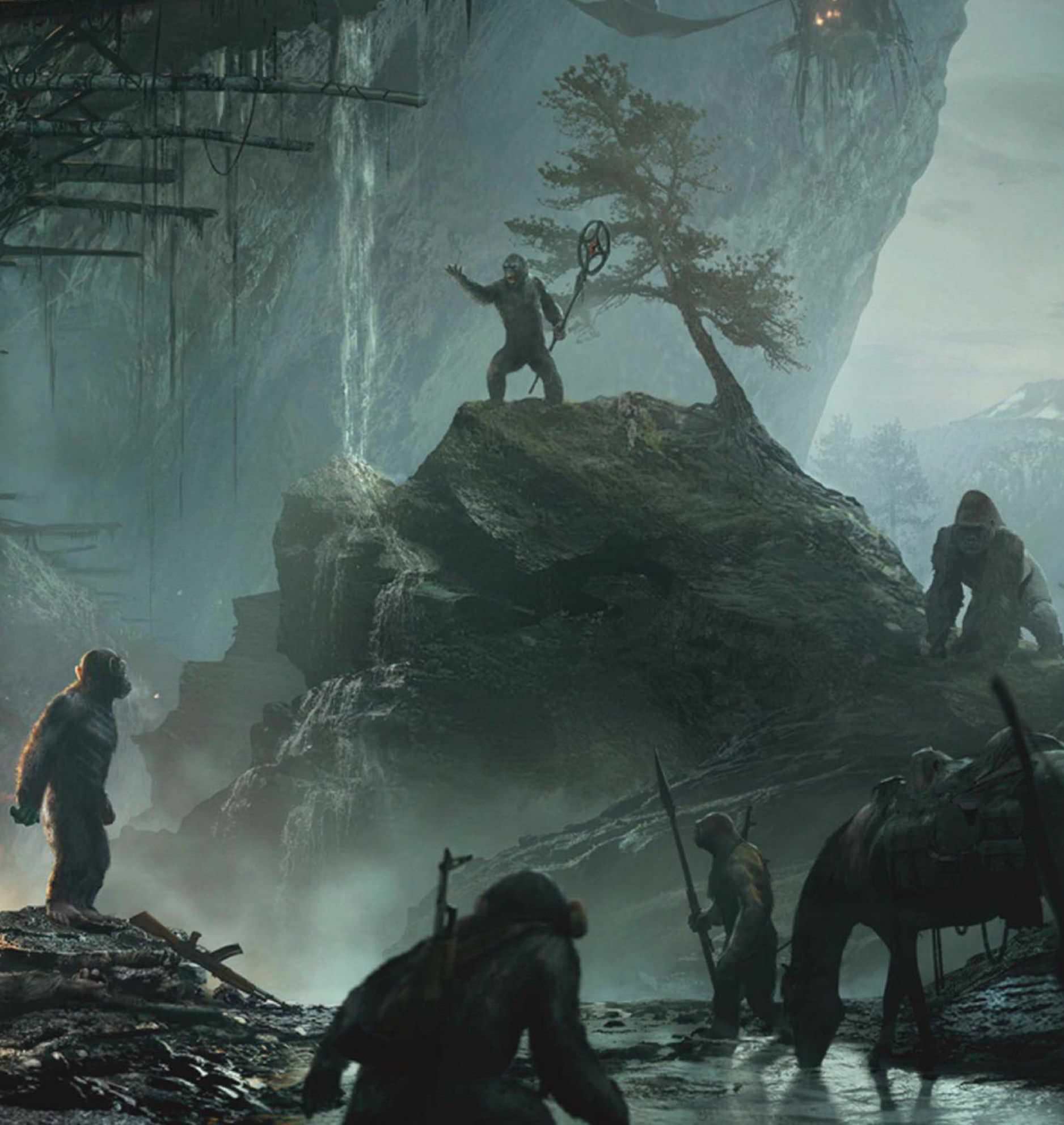 Decisions abound in Planet Of The Apes: Last Frontier.

Planet Of The Apes is enough of a phenomenon now that if you use the acronym ‘POTA’, then people may just know what you’re talking about. Three hit films and nigh-on $2bn later, it was inevitable that a game would follow. But with Planet Of The Apes: Last Frontier, debut developer Imagination isn’t content to slap the POTA licensing on the trendy genre du jour and claim its paycheque. This is a super-cinematic interactive drama, incorporating a clever multiplayer element that’s unlike anything we’ve quite seen before.

Last Frontier takes place after civilisation’s collapse following the simian flu pandemic. Switching between the perspectives of a young simian in a rugged ape tribe and the leader of an agrarian group of humans, it’s an adventure where every choice, snarl, and uncouth chest-beat can affect who lives, who dies, and how things ultimately pan out.