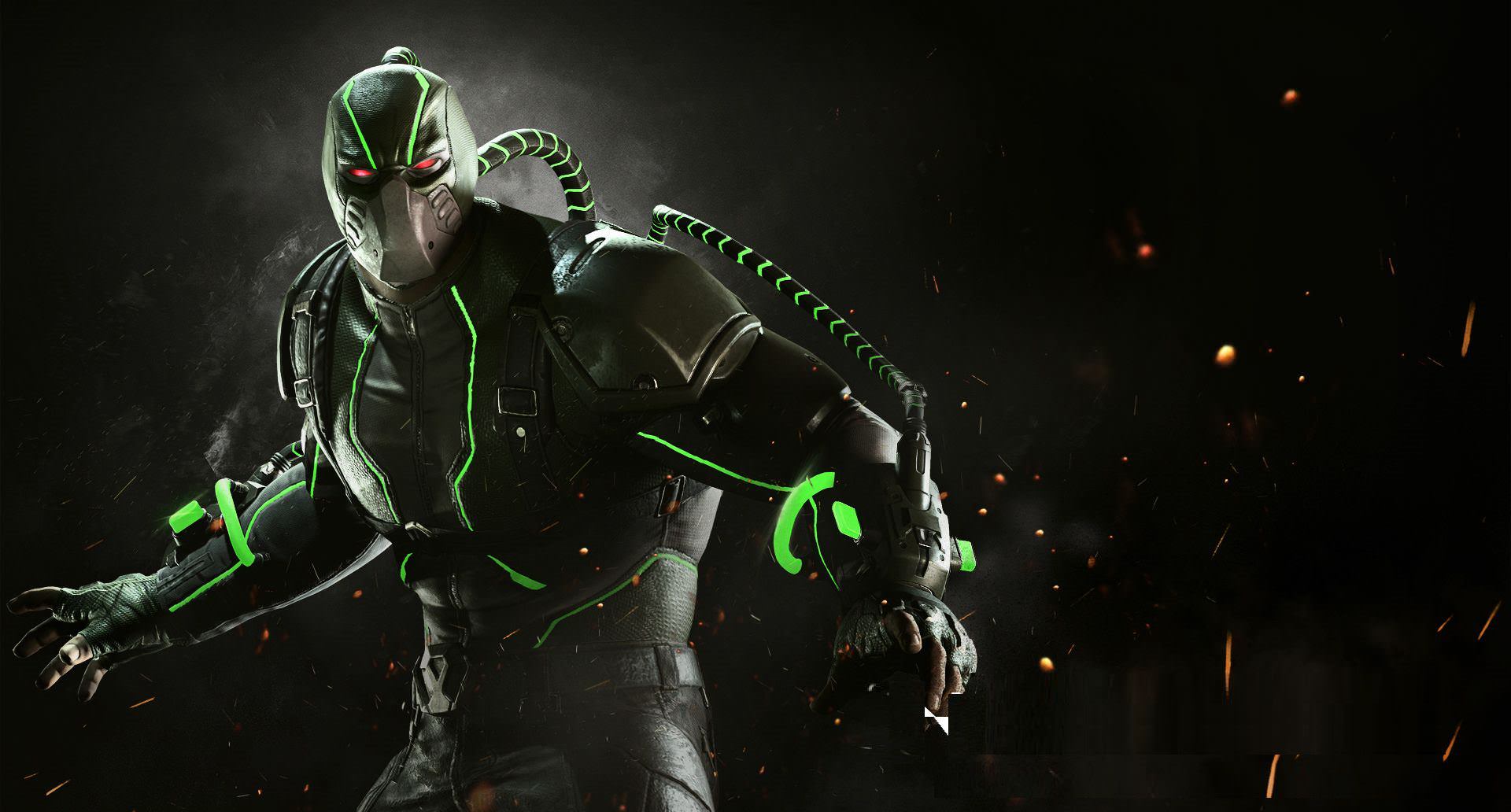 It doesn’t matter where he pops up (usually in a cloud of smoke), Batman never fails to raise an eyebrow in his videogame appearances. This is a rich dude who straps pointy ears to his head and glides around his home city punching people in the face, yet he sees himself as morally righteous because he doesn’t kill. A little brain damage is alright, though! Injustice 2’s story focuses on Batman’s moral superiority, with DC’s superhero roster forming two political sides: those who think the bad guys should be killed, and those who stand with the Batman.

In Batman: Arkham Knight, the caped crusader happily ploughs through groups of thugs in the Batmobile, sending them ragdolling through Gotham with a jolt of electricity (we’re sure they’re just sleeping). For Injustice 2’s ridiculous Batmanning, you need to look inside one of its wonderfully busy fighting stages: the Ace O’Clubs Bar in Metropolis. With a tap of R1, you can interact with environmental hazards, throwing a beer barrel at your opponent, swinging from a light fitting, or bounding off a wall. In this stage, though, one of the interactive elements is a dude sat sipping a pint. Interact with him and you’ll pick him up and launch him at your opponent. Seeing Batman toss an innocent bystander at The Joker is one of the most absurd things we’ve ever witnessed.

If you’re not familiar with Injustice, it’s developed by NetherRealm Studios, the fighting game developer responsible for the Mortal Kombat series. Injustice is basically MK with its pants pulled over its trousers, from its over-the-top stage transitions when you punch someone out of bounds to those aforementioned environmental hazards. It’s a reskin, hence Batman can uncharacteristically use a civilian as a weapon. Even the excellent Supermoves feel like less murderous Fatalities, triggering unskippable cinematics where Superman punches you through the clouds, Batman sends you into the sky on a fulton balloon, Joker straps you to a torture chair, and Harley Quinn sets her hounds on you before bringing a baseball bat down on your face.