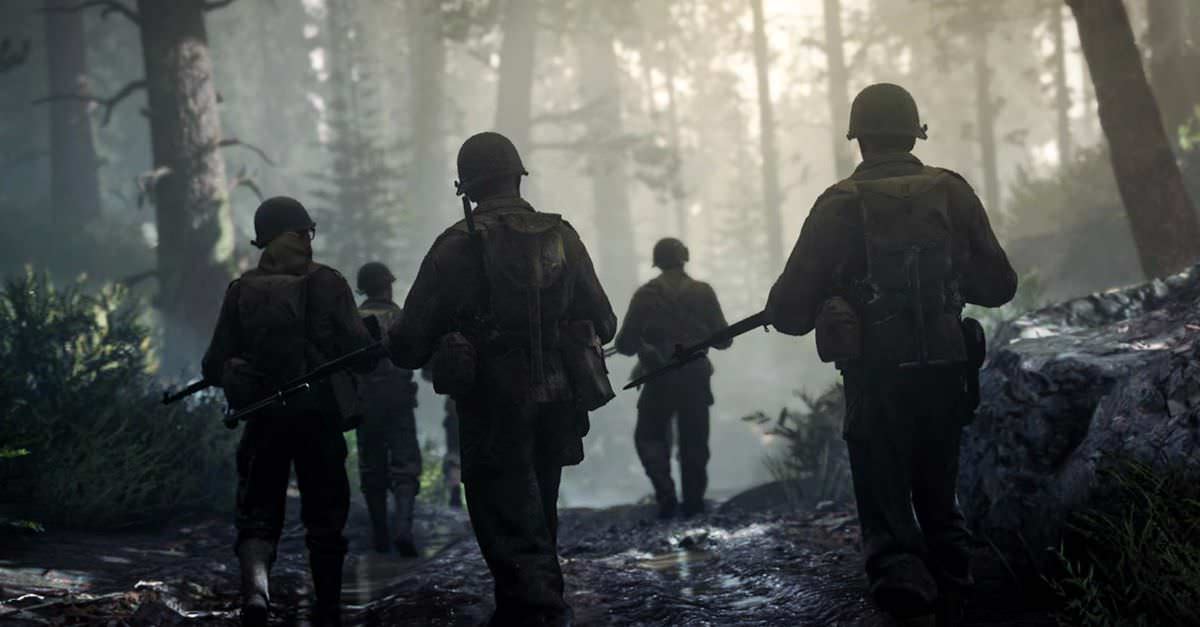 Megaton FPS looks to bring back the band (of brothers)

What word springs to mind when you think of Activision’s shooter colossus? ‘Guns’? ‘Setpiece’? ‘Explosions’? Possibly even ‘moustache’ (thank you very much, Captain Price)? Chances are ‘respect’ isn’t too high on the list. Yet that’s precisely the term at the forefront of Sledgehammer Games’ collective thoughts when it comes to recreating, and, most importantly, mournfully remembering a global conflict that claimed the lives of over 60 million people.

Call Of Duty: World War II could not be further removed from the studio’s last outing. 2014’s Advanced Warfare was all exoskeleton silliness, homing grenades, and unabashed campy theatrics. For the team’s second COD – quite incredibly, Activision’s 14th main entry in the chart-conquering FPS franchise – the focus is on conveying the deeply personal sacrifice that linked almost every battle of the conflict.

These sacrifices are viewed mainly through the eyes of Ronald ‘Red’ Daniels, a Texan native and U.S. private who serves in the 1st Infantry Division – or ‘Fighting First’ to its battle-hardened troops. Focusing on the European theatre of World War II, the game’s campaign spans battles as varied as the fast, frantic Omaha Beach landing on D-Day and prolonged firefights in German woodlands. Yet regardless of the terrain, Sledgehammer seems determined to paint every level with the sombre sentiment the subject matter demands. It’s quite the balancing act, especially when you consider this is a game that’s still shipping with the series’ trademark Nazi Zombies spin-off.