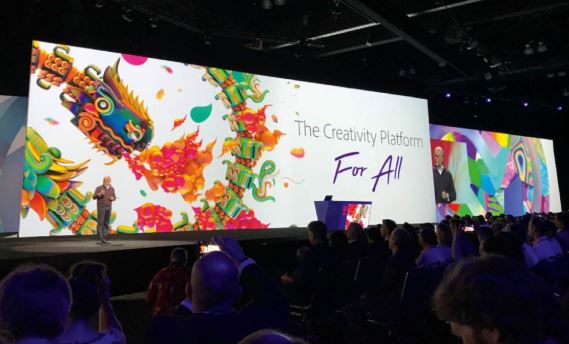 Gathering some of the world’s most brilliant minds under one roof, it’s not hard to see why the annual Adobe MAX conference has become a staple in the creative calendar. Last year MAX hit Vegas. This year, the Hollywood lights beckoned as it overtook the Los Angeles convention centre for 72 hours.

The event saw a record-breaking 14,000 plus creatives gather, and in Adobe CEO Shantanu Narayen's keynote speech it was declared: “Design has never been more important, and we’re living in a golden age of creativity.” Bold words, for sure, but backed up when Narayen went on to detail how over the past 12 months Adobe has taken its artificial intelligence technology – Adobe Sensei – and pushed it to the cutting edge.

Aimed firmly at the fanboys, Adobe’s principal worldwide design and photography evangelist Terry White announced Photoshop will now come fully equipped with continuous undo, without the need to hold the option or shift key – then got the biggest cheer of the night for it.