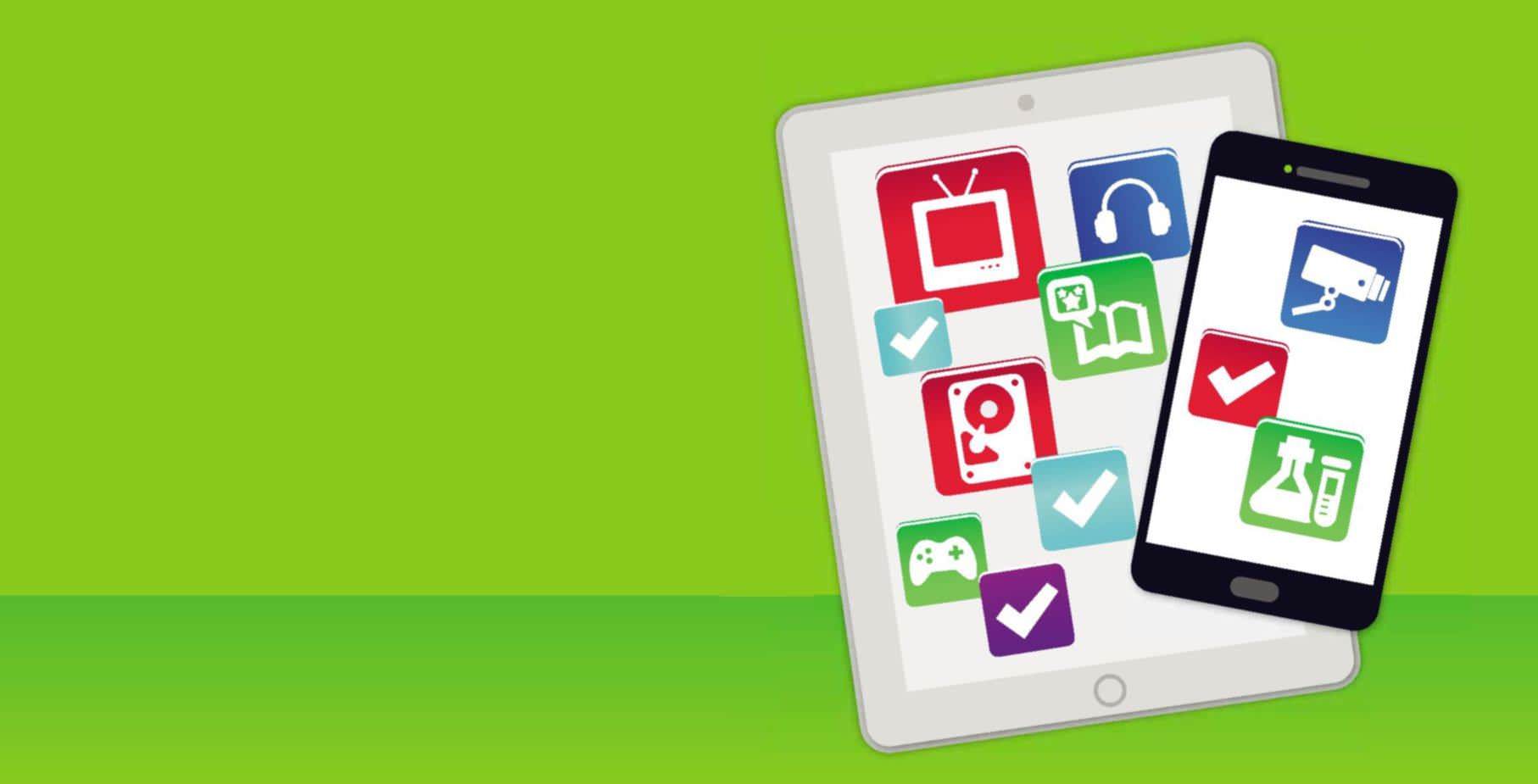 Don’t just dump your old portable devices. Anthony Enticknap explains how to dust them off and give them a new lease of life.

Unlike PCs, when tablets and phones get too old and sluggish to be useful anymore, there’s no easy way to upgrade them. Instead, we simply buy new ones. The question then is: what should you do with the old one?

You could bin it, but that feels like a waste. You might even donate it to a friend, family member or charity. But we all know most devices get consigned to cupboards or drawers, where they lie forgotten, gathering dust. If this sounds familiar, it’s time to dig out that old tablet or phone, because there are plenty of ways you could still make use of it.

Turn your tablet into a TV for the kitchen

Why risk exposing your brand new tablet to the various messy powders and liquids – not to mention heat sources – of your average kitchen when you could use an older, more expendable device instead? You could even make it a permanent fixture in your kitchen by mounting it on a wall, thereby saving on the cost of a small-screen TV.

The Koala Wall Mount (£12, www. snipca.com/23350) make this possible. Install one to create a bracket that you can easily slide your tablet in out of as and when you need it. Alternatively, buy two to fix your device at the top and bottom and make the enclosure more permanent (see image below). Whichever way you decide, be sure to position it near a plug socket so you can keep the tablet charged. If you’re struggling to hear what’s being said over the sound of your kitchen appliances, you could also consider a waterproof Bluetooth speaker, such as the AquaAudio Cubo (£19.95, www.snipca. com/ /23351).

Apps for the BBC iPlayer, ITV Hub and All 4 are available from your tablet’s app store and all three apps can be used to watch live TV V, as well as catch-up. In the iPlayer app, for example, tap Menu then TV Guide to watch anything being currently broadcast on BBC channels.

From Encyclopedia Britannica (www. britannica.com) to Wikipedia (https:// en.wikipedia.org) the internet is awash with great reference sources that you’ll want to access from time to time, which is why you could turn that old tablet into a dedicated digital library.