Behind The Subtle, Profound Upgrade To The iPhone 6 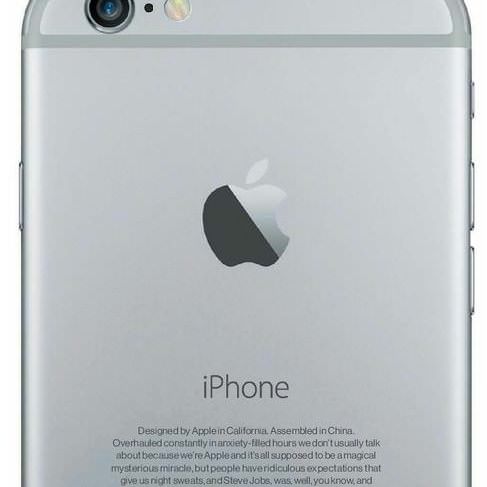 The grinding work behind a single iPhone feature.

Apple has made many things over the years, but its process has remained essentially the same: Find something ugly and complicated and make it prettier and easier. Prettiness, in brushed aluminum, is more or less a permanent state. Ease, however, is constantly evolving, which is why a few days before the geek hootenanny known as Apple’s September Event, Jony Ive’s focus isn’t on a new version of Apple TV or an iPad the size of a doggy door, but on a feature. It’s called 3D Touch, and it makes using an iPhone even easier. “Ultimately, this is our focus,” says Ive, squeezing a new iPhone 6S. “This is what galvanizes our efforts right across the company.” And 3D Touch, he adds with emphasis, “is something we’ve been working on for a long time—multi, multi, multi years.”

The Apple design studio, like Stonehenge, is more mystical in the imagination than in real life. It’s open plan, with thirtysomethings of indiscriminate nationality, and very discriminate grooming, working quietly in front of desktop iMacs. There are long wooden break tables near a small kitchen with a gleaming espresso machine that appears more worshiped than used. The floors are concrete. The music is indie, the lighting crisp. The wall-length bookcase has the meticulously unarranged look of every design bookstore you’ve ever lost an hour in.

The only hint that this is Apple’s magic room is a curtain. Behind it, says Ive, is the industrial design studio, where there are explorations in progress, milling machines, and a few remarkable futuristic things that he cannot, alas, remark upon. 3D Touch came to life back there.

Several years ago the designers and engineers realized that phones contained so many functions— messaging, maps, apps, links, photos, songs—that people were wasting a lot of time retreating to the home button to bounce between them. This is the ne plus ultra of First World problems, but Apple exists, unapologetically, to eradicate even the tiniest bit of friction between its products and its users.

In the near decade since its birth, the iPhone has shed the baby fat of its first edition and grown into a sleek adolescent (with a big brother, the 5.5-inch Plus version, introduced in 2014). With the notable exceptions of Siri and Apple Maps, so many features have been added so seamlessly that a meaningful critique is almost impossible. It’s like reviewing infinity. But the appreciation of excellence fades when your customers are conditioned to expect it. Refinement doesn’t get a standing O. “The bar for functionality is higher with every generation,” says Phil Schiller, Apple’s senior vice president of worldwide marketing. “You can’t just say, ‘Here it is. It does the same thing 5 percent better than last year.’ Nobody cares.”

From the iPhone’s rounded edges to its imperturbable Genius Bar employees, Apple would like its customers to think of it as an effortless company, where transcendent technology emerges like freshly baked bread from an oven. It’s just as much an illusion as Disney’s happiest place on earth. “Engineering-wise, the hardware to build a display that does what [3D Touch] does is unbelievably hard,” says Schiller. “And we’re going to waste a whole year of engineering—really, two—at a tremendous amount of cost and investment in manufacturing if it doesn’t do something that [people] are going to use. If it’s just a demo feature and a month later nobody is really using it, this is a huge waste of engineering talent.”

Schiller believes that 3D Touch is a breakthrough, but the designers aren’t so sheltered that they’re oblivious to his point. “I mean, it’s remarkable that within a corporation that has to deal with so many absolutes … so many metrics …” Ive says, trailing off.

Apple design projects have no formal start and no predetermined finish. Months of wrong turns and scenic routes are common, and there are countless schemes going on simultaneously. Which is why no one really remembers when the group rallied around adding 3D to the iPhone, only that they kept asking: What if, instead of swiping through apps or routing all of your browsing through the Grand Central station of the home screen, you could press the glass in one function and reveal a shortcut to another? And what if the phone understood this desire based entirely on changes in the pressure you applied?