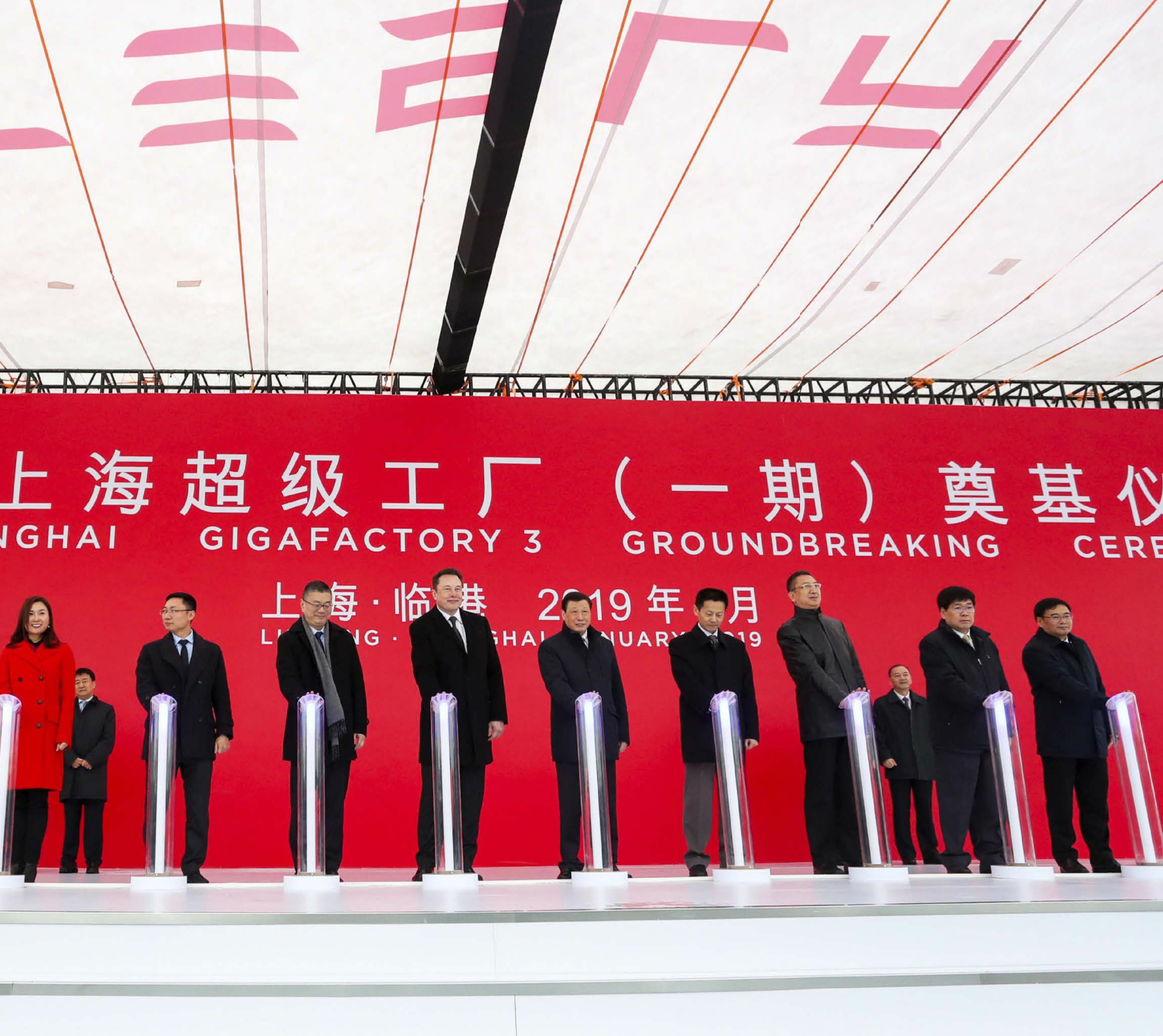 Tesla Inc. broke ground this week for a factory in Shanghai, its first outside the United States.

CEO Elon Musk said on Twitter that the company will start production in China of its Model 3 and a planned crossover by the end of the year.

Tesla announced plans in July to build the Gigafactory 3 facility in China, the biggest electric vehicle market, despite trade tension between Beijing and Washington. That followed Beijing’s announcement it would end restrictions this year on foreign ownership of electric vehicle producers in an effort to spur industry development.

China’s state broadcaster CCTV showed Musk and other Tesla and local officials attending a chilly ceremony in the rain this week in Shanghai’s outskirts.