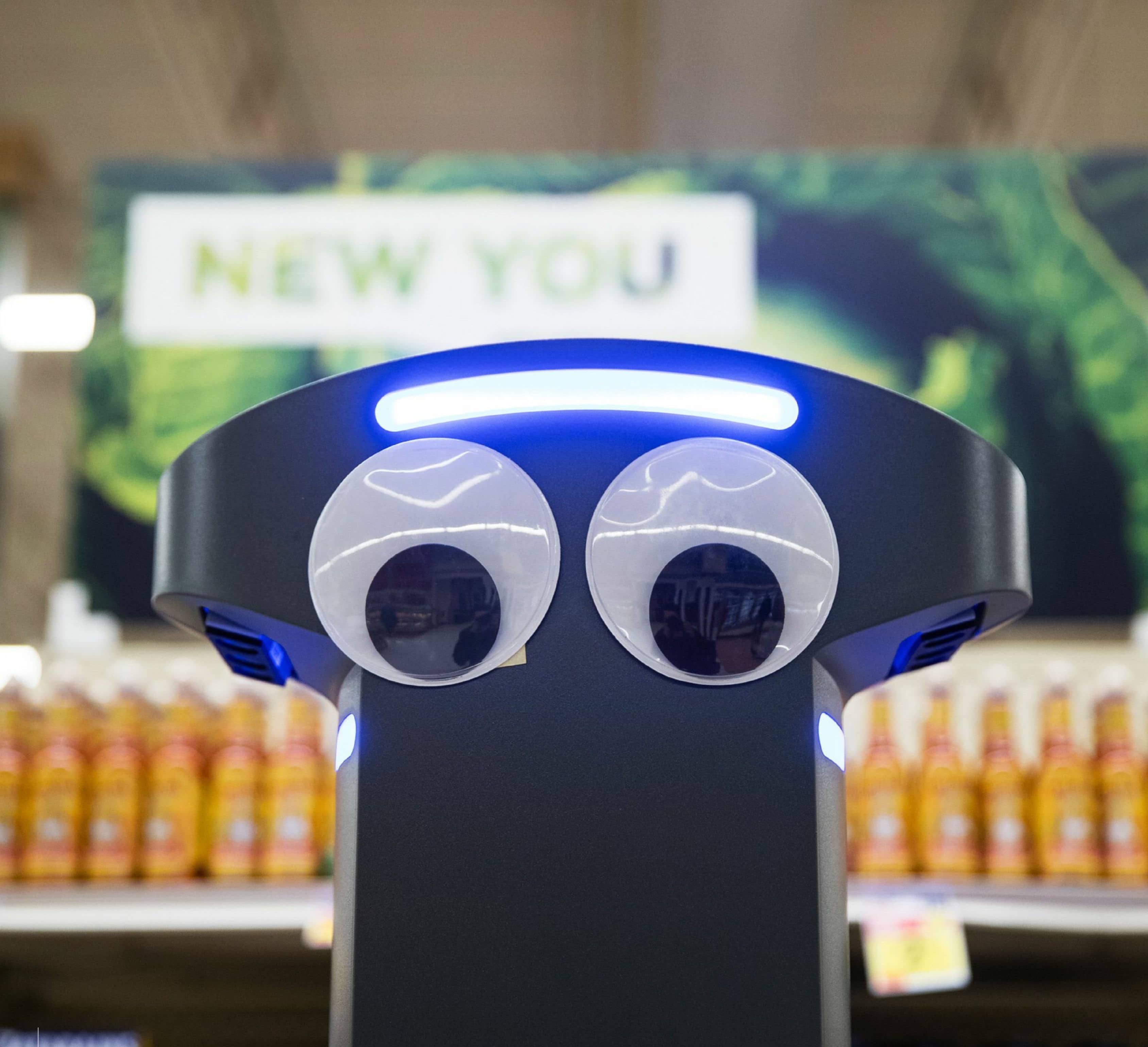 A wheeled robot named Marty is rolling into nearly 500 grocery stores to alert employees if it encounters spilled granola, squashed tomatoes or a broken jar of mayonnaise.

But there could be a human watching from behind its cartoonish googly eyes.

Badger Technologies CEO Tim Rowland says its camera-equipped robots stop after detecting a potential spill. But to make sure, humans working in a control center in the Philippines review the imagery before triggering a cleanup message over the loudspeaker.

Rowland says 25 of the robots are now operating at certain Giant, Martin’s and Stop & Shop stores, with 30 more arriving each week. Carlisle, Pennsylvania-based Giant says it has two robots now working at stores in the state, and plans to expand to all 172 Giant stores by the middle of this year.