All-Girls School Becomes 1st In US With Varsity Esports 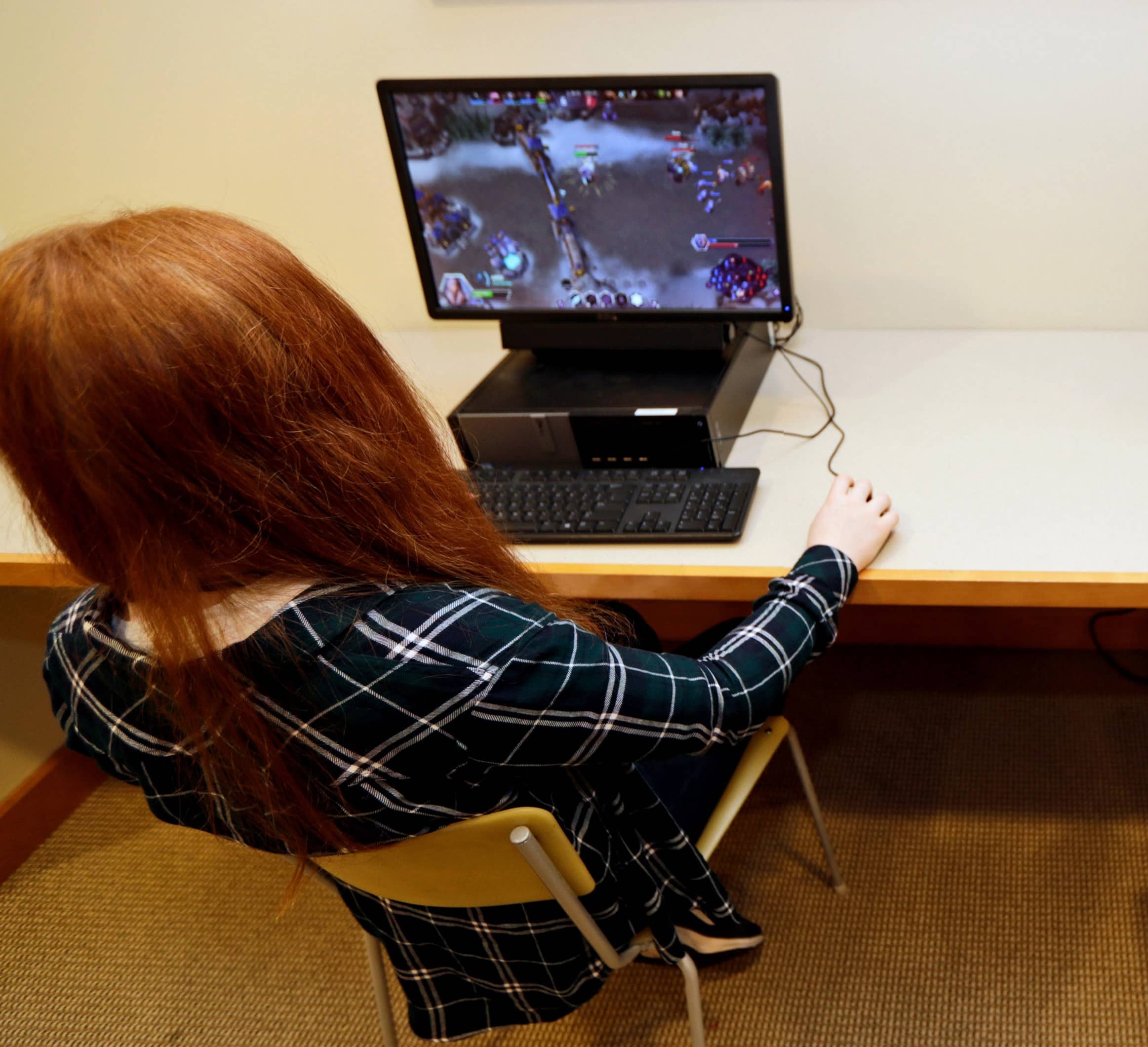 As a liaison at the U.S. Department of Education, J Collins watched as colleges by the dozen rolled out varsity esports programs, complete with scholarships, coaches and even some arenas.

Collins had a gnawing concern: Gaming was beginning to have an impact on education, and at least anecdotally, the benefits were going largely toward male students.

Now, Collins is on the ground attempting to solve a puzzle that’s perplexed an industry approaching $1 billion revenues — where are all the female gamers?

Collins helped a private school near Cleveland become the first U.S. all-girls school to launch a varsity esports program during last school year. With Collins as coach, the 10-person team at Hathaway Brown competed against local schools and libraries, with players ranging from novices to avid gamers. The players reported many of the benefits associated with traditional sports — bonding, teamwork and improved confidence among them — and some say they might pursue college scholarships. Collins hopes the program can set an example for how high schools can attract more girl and gender minority gamers so they can take advantage of expanding opportunities at the university level.

Collins has a background in game-based education and was the first to broach the topic of esports at the Department of Education late in President Barack Obama’s final term. Football became a go-to analogy — the sport has impacted high school and college education in major ways, with resources poured into aiding its almost exclusively male participants.

Esports has already begun to spread in similar fashion. Over 100 colleges have varsity esports programs, and more are joining each year, with many smaller schools using teams as recruiting tools. That expansion could open doors for students of all genders, especially since video games don’t have the same physical barriers as most traditional sports.

“There was an imperative for us to be involved with it from an early outset, so that we could ensure there was equity across implementations,” Collins said.