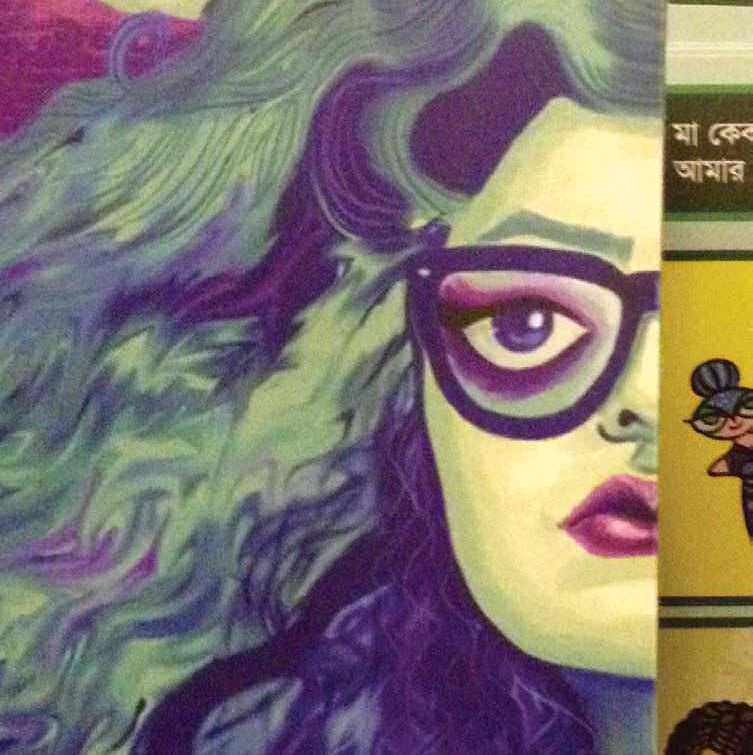 This is the story of Dhee, Bangladesh's - perhaps even south Asia's - first lesbian comic character. Done in comic strip format using flashcards, Boys of Bangladesh (BoB) has created Dhee to address the silence and taboos surrounding gender and sexuality in society. BoB is a non-registered, non-funded, volunteer-based organisation working to create a safe space for sexual and gender minorities in Bangladesh. Rajeeb, manager of Project Dhee, in an online interview with Srija Naskar, places the new project in context.

Why did Boys of Bangladesh, the oldest and largest platform of self-identified gay men in the country, come up with a lesbian character?

Contrary to what the name suggests, BoB is actually an inclusive platform where anyone from non-normative gender and sexual backgrounds can find a safe space. This comic strip, done in the format of 10 flashcards, was conceived as advocacy material for the countrywide campaign that BoB is conducting as part of Project Dhee. The content developers belong to the LGBT community, with most team members identifying themselves as lesbians. Besides, community consultation was done to ensure that the narrative is representative, authentic and suitable for the general public.

In fact, a whole lot of people in the country and abroad have also asked me this: Why a lesbian character? Why not a gay man? It’s very simple. The BoB movement in Bangladesh so far has been dominated by gay men, given the patriarchal nature of our society. Lesbians are doubly marginalised here. So it is important that the lesbian community is acknowledged. Moreover, female sexuality is, in our society, more stigmatised and a bigger taboo. Dhee does not talk only about sexual orientation but also gender discrimination, menstruation, female masturbation, love, sex, relationships and a plethora of other social issues. Our main aim was to convey the message of intersectionality of all these issues.

Why choose the comics genre for advocacy? comics are usually trivialised, not taken seriously. How do you locate Dhee in this genre?