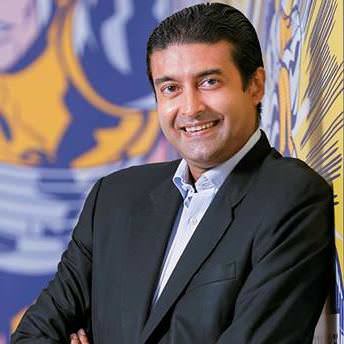 Graphic India won over the world with a popular homebred superhero, Chakra. But for Sharad Devarajan, its mastermind, the journey has just begun.

Sharad Devarajan is no stranger to the parallel universe of comics. Twenty years ago, he had come to India from the US (he grew up in New Jersey where his father worked with companies like BMG and Warner Bros) as a licensee for Marvel and DC Comics. He was 20 then and on his first international assignment.

At the time, distributing comic books in India was an uphill task. Not only was it a logistical challenge to get the books across the country, launching superheroes in multiple languages also needed extensive planning and investment.

But despite such hurdles, Devarajan’s Pavitr Prabhakar, the Indian avatar of Spiderman aka Peter Parker that he launched in 2004, did well. It was translated into a number of foreign language editions and published across the globe by Marvel Comics. Indian readers also took a fancy to the village simpleton-turned-Mumbaikar who was jumping rickshaws instead of skyscrapers in New York.

Prabhakar’s success propelled Devarajan to think of something bigger: To go beyond sourcing animation characters from the West and create homegrown superheroes. That’s how Graphic India was born in 2013, with an investment of $2.8 million from private equity firm CA Media for a 33 percent stake, along with a vision of wowing the global audience with Indian characters.

Now Indians are familiar with the concept of superheroes. Generations have grown up on Amar Chitra Katha and the heroics of characters from Indian mythology. In fact, among the first homebred superheroes from India was Nagraj, the king of snakes, which was created by Raj Comics way back in 1986. Devarajan knew it would need a Herculean effort to wrest readership from long-term fan favourites.

That’s when he turned to the granddaddy of all superheroes: Stan Lee, 92, former president and chairman of Marvel and the creator of characters like Spiderman, Iron Man, Hulk, Thor, X-Men and many others. Devarajan knew Lee since 2004. At the time, he was working on Pavitr Prabhakar and had spent a lot of time in Lee’s Los Angeles office discussing the superhero universe. Given that Lee was always game for a creative challenge, convincing him to test his genius in India was a cakewalk.

“Stan has always been fascinated by Indian culture and its richness in tradition and morality, so when I asked him if he would be interested in working on an Indian superhero with us, he was excited,” Devarajan says. He was also aware of Lee’s interest in Eastern philosophy, recalling how Silver Surfer, a fictional character from the Fantastic Four universe, was influenced by Oriental sensibilities. “I came across a quote from Omar Khayyám in one of the Silver Surfer comics and I was blown away. When I met Stan Lee, I asked him about that quote and he recited it verbatim,” he says.