Should Franchises Ever Relocate? 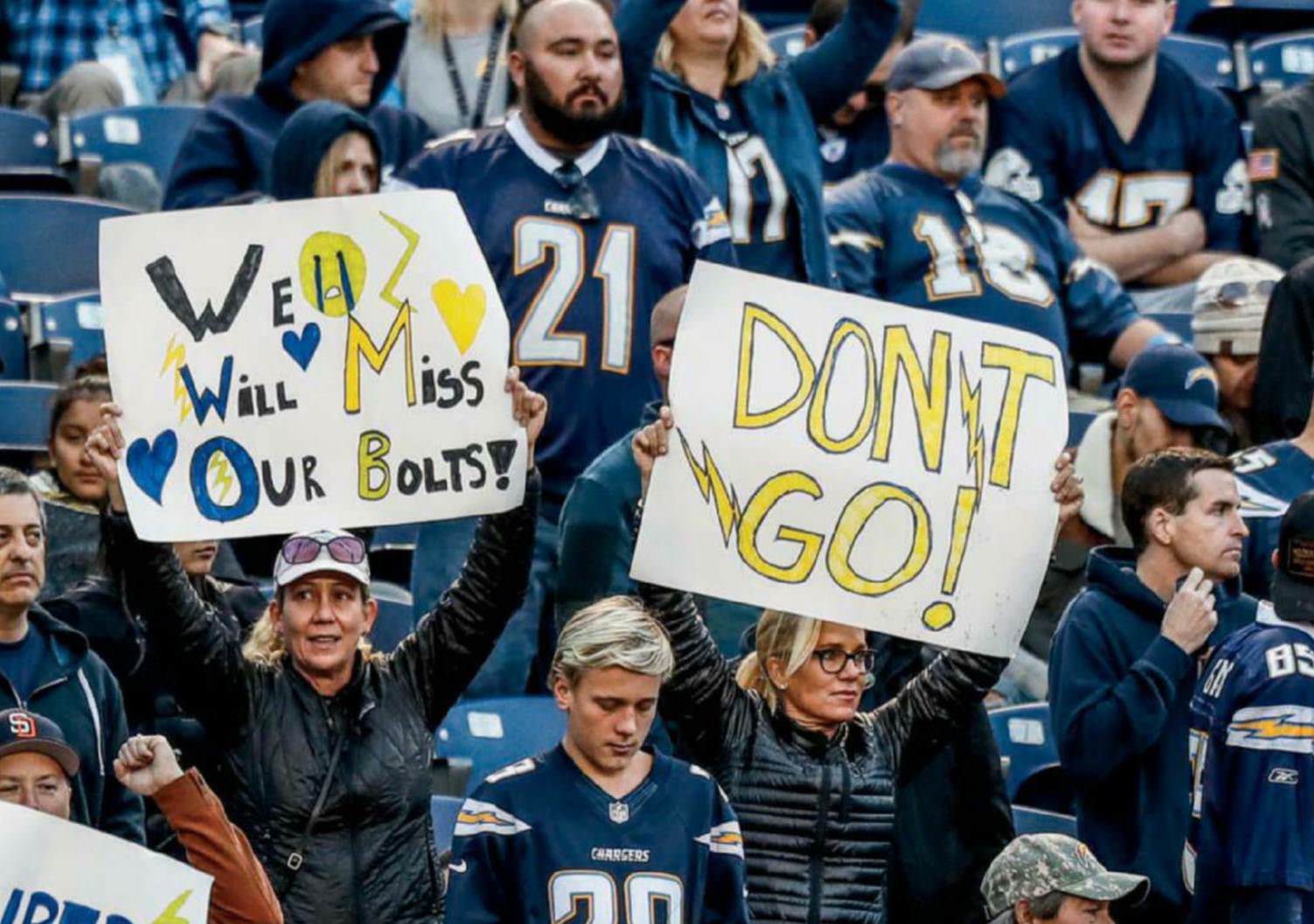 ON JANUARY 12, the San Diego Chargers announced that they were relocating to Los Angeles.

San Diego fans were predictably unhappy with owner Dean Spanos. The NFL reportedly also hated the move, wanting to keep a foothold in the San Diego market, with some owners even hoping the Chargers will move back.

So why did Spanos do it?

The team had been trying to get a new stadium approved in San Diego for the past 15 years. Modern NFL stadiums cost over a billion dollars, and NFL owners—rightly or wrongly—expect taxpayers to foot some of the bill. Spanos had used the threat of moving the Chargers back to L.A. (where they had played one season, in 1960) in an attempt to secure funding. In November, however, San Diegans voted 57% against using $1.8 billion of taxpayer money to build a new stadium and convention center. Spanos followed through on his relocation threat, despite a lack of enthusiasm in L.A.