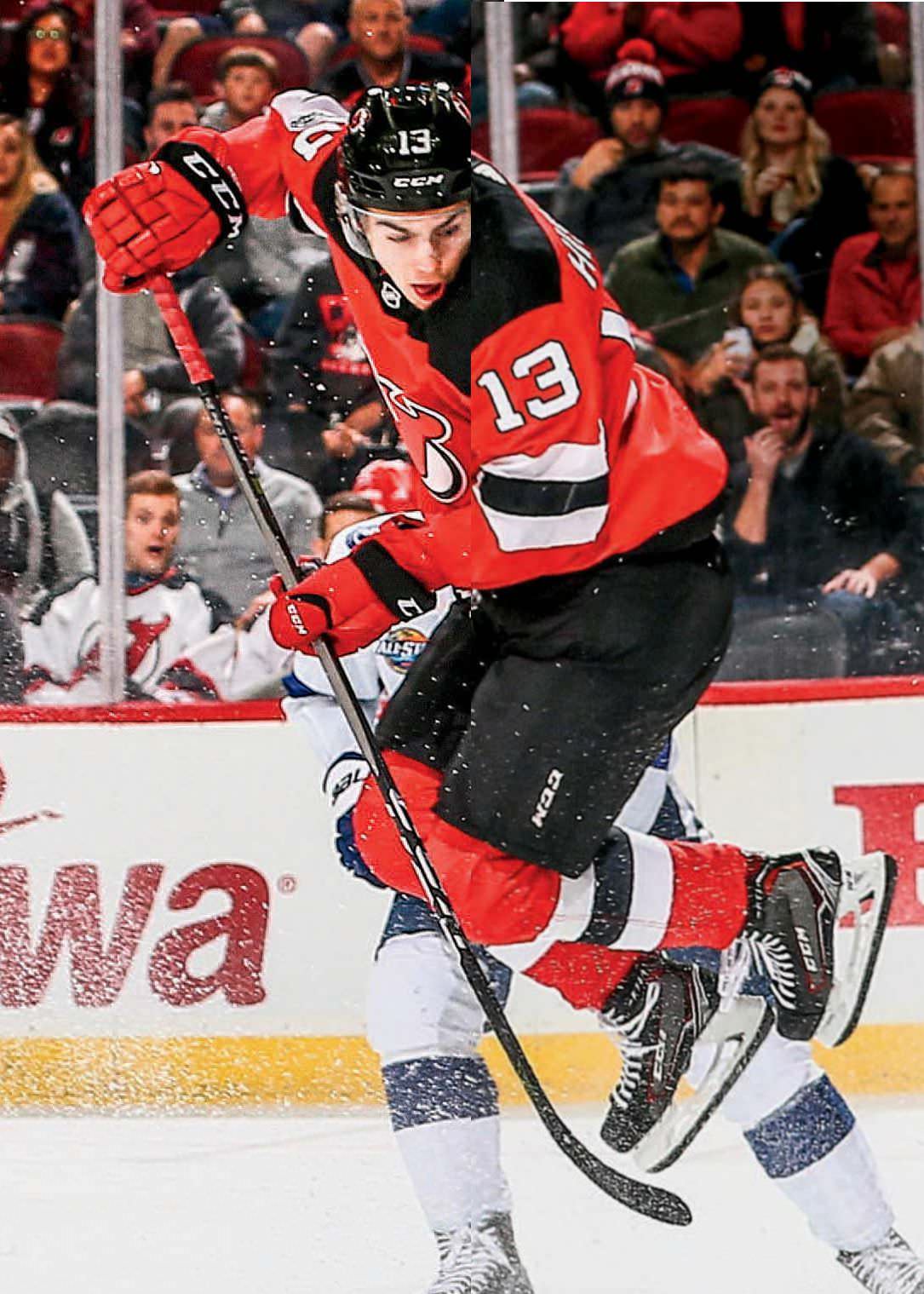 He doesn’t have the same gaudy rookie numbers as other recent No. 1 draft picks, but NICO HISCHIER is a big part of the New Jersey Devils’ earlier-than-expected resurgence.

There’s a commotion surrounding the locker of Devils’ rookie Nico Hischier. A reporter has just approached, so winger Jesper Bratt starts to tease his teammate. Then a talkative equipment manager says he wants to tell his story. Through it all, Hischier sits quietly, just a pimply-faced teenager taking in his surroundings.

The Devils, surprise contenders who had a 24-12-8 record through 44 games, are led by a group of youngsters. There’s Bratt, 19, who is second on the team in points. Will Butcher, a 23-year-old defenseman who signed with New Jersey last summer after graduating from the University of Denver, is a power-play wizard, with more than half of his points coming on the man advantage. Taylor Hall, the 26-year-old top pick from 2010, is the team’s points leader. And then there’s Hischier, the 19-year-old first-line center, living up to his No. 1 pick status—but in his own, quiet way.

“I LOVE WATCHING HIM PLAY”