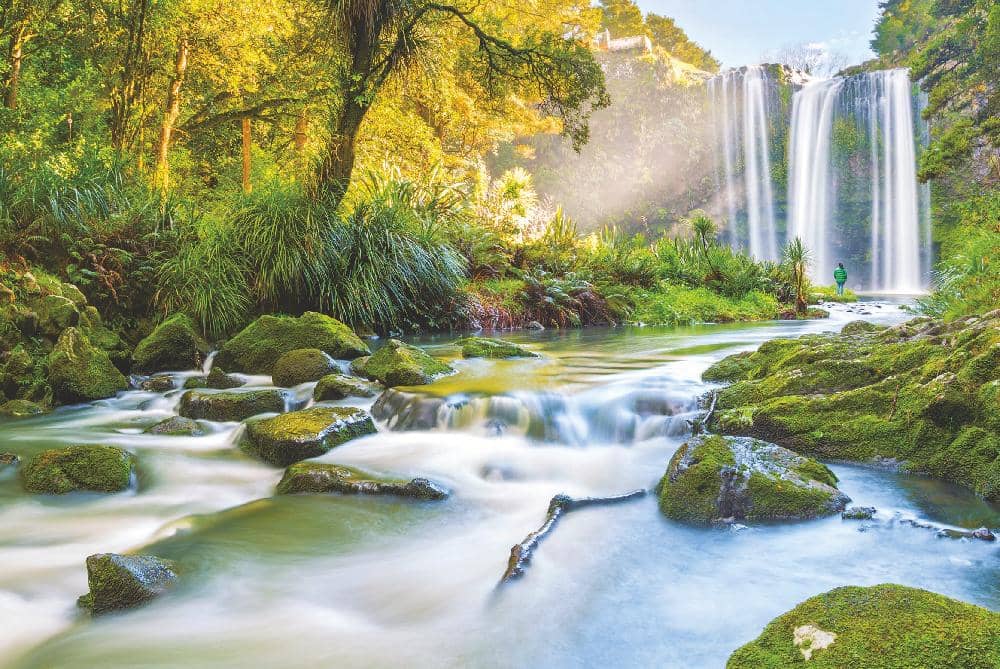 Spin a globe slowly to find New Zealand. It’s one of the world’s most isolated island countries. Australia, the nearest significant land mass, is over a thousand miles away. Composed of two big islands stretching almost 1,000 miles (1,600 km) from north to south, and a galaxy of smaller islands, New Zealand is believed to be a fragment of the ancient southern continent of Gondwanaland.

Over the past 100 million years, as New Zealand inched its way into its present isolation, plant and animal life emerged on the island. As these hardy survivors adapted to their new island home, they evolved into species that are unique to the region. The process is called adaptive radiation. It involves one plant or animal splitting into many species, to fill different ecological niches—ways of life in the same geological area. When this process is well under way, an organism no longer mates with its ancestral type and a new species emerges, with an increased chance for survival. 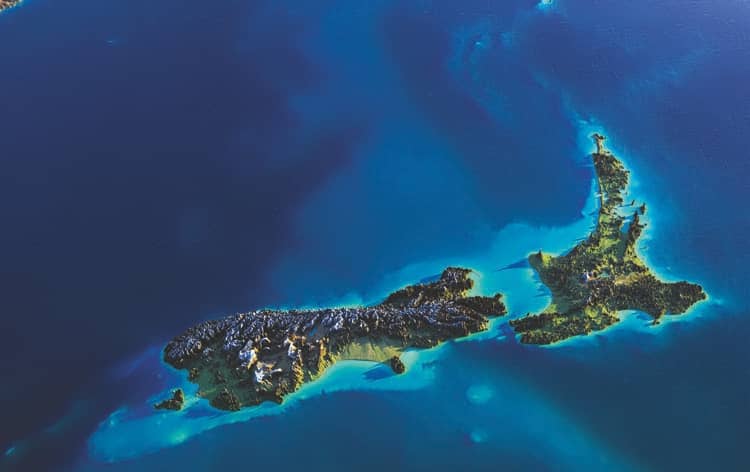 Before humans arrived, New Zealand’s plants and animals lived long and largely without fear. With the lack of predators, flight, for some species of birds, was not necessary for survival. In fact, New Zealand at one time had up to 15 kinds of giant flightless birds called moas. The smallest was the size of a turkey; the largest was a giant at 15 feet (1.5 m) tall. Then, in the thirteenth century, humans arrived on the North Island. In his book The Future of Life, E.O. Wilson describes the moas’ native presence in New Zealand and their subsequent slaughter:

“Because New Zealand is remote from Australia and other land masses, it lacked native mammals. Across millions of years, moas had filled their niches. The birds served environmentally as woodchucks, rabbits, deer. . . . They were . . . diversely specialized for life in major habitats of the islands, from mountain to lowland to wet forest. . . . In their prehuman domain, they had only one predator, the giant New Zealand eagle, which weighed about 28 pounds. Then, like the sweep of a scythe, came the Maori. . . . They butchered the moas in huge numbers and piled their bones conspicuously at hunting sites all over the islands. By the middle of the fourteenth century, a matter of a few decades, the moas were gone, and presumably the world’s largest eagle with them.”

Today, New Zealand still has amazing and unique plants and animals, including one of the world’s oldest reptiles (the tuatara), some of the oldest trees, the largest earthworms, and the world’s only mountain parrot (the kea). But these species are also threatened by humans. The fact is, if a species of plant or animal is found in only one place in the world and the environment there is destroyed, the species is destroyed too. Little wonder, then, that New Zealand is one of E.O. Wilson’s global hot spots—a region of the world that is both rich in unique species and environmentally threatened.

THE THEORY OF ISLAND BIOGEOGRAPHY