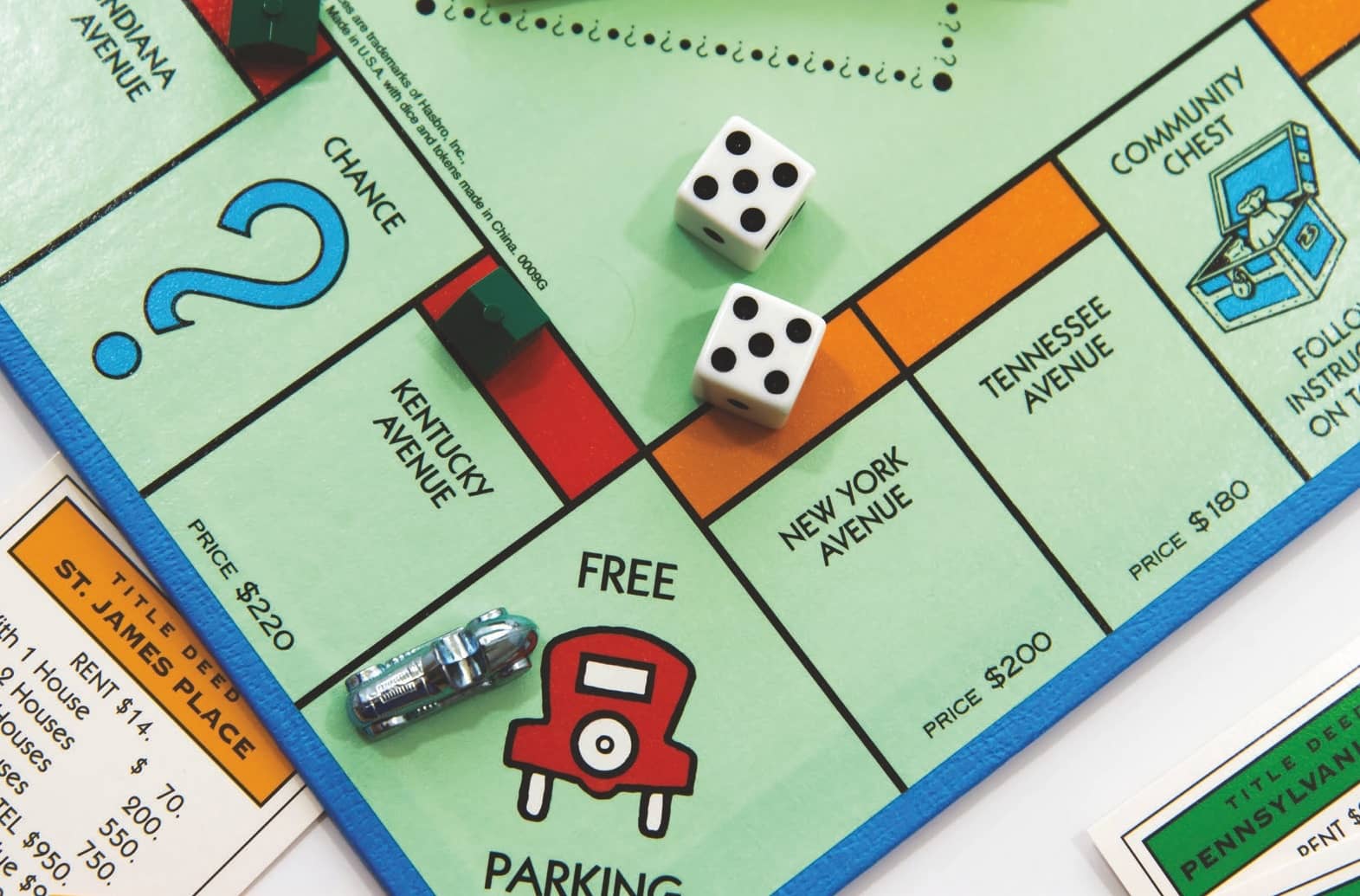 Have you ever been stuck in one of those never-ending Monopoly games, the sort your mom makes you move to the basement because she doesn’t want tiny hotels in the mashed potatoes? If you have, you probably think Monopoly is pretty much a game of endurance (who can stand it the longest) rather than of strategy. After all, you have no control of where you land when you throw the dice, and every player follows the same strategy: buy everything in sight.

But mathematicians who have built computer models of the game would tell you otherwise. You don’t have an equal chance of landing on every 1 square. Instead, you are more likely to hit some than others. The square players spend the most time on is Jail, which shouldn’t be too surprising because there are so many different ways of being sent there. The next-mostpopular squares include ones players tend to hit when they leave Jail (Illinois Avenue, Go, B. & O. Railroad, Free Parking, and Tennessee Avenue). Baltic, Mediterranean, and Park Place, in contrast, get little traffic, something you might want to consider before buying them. 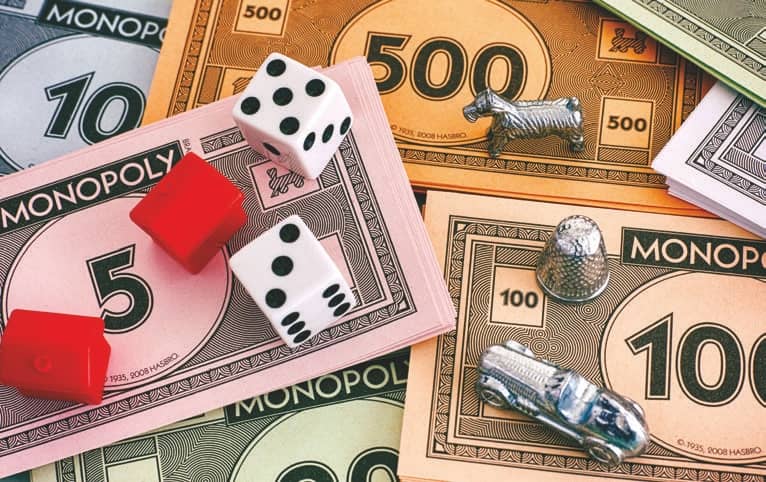