UAVs MAY CHANGE THE WAY PACKAGES ARE DELIVERED.

It’s official! There’s a new kind of airline. It has no pilots on board, and the passengers won’t be people. The aircraft of this airline are unmanned aerial vehicles (UAVs), or drones. They will carry small packages, such as medicine or boxes of candy.

What Exactly Is a Drone?

A drone is a robotic aircraft controlled by sensors, computers, and cameras. A pilot on the ground monitors the craft. Drones run on rechargeable batteries. Most small drones can’t fly very far, but specialized long-range models can travel several miles in a flight and can zoom up to 80 miles (128 km) per hour. 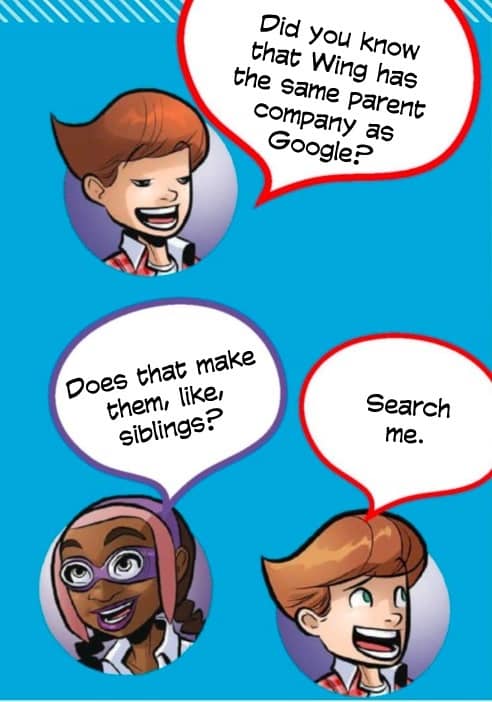 Wing, a drone maker based in Palo Alto, California, is one of many companies driving this transportation revolution. As of publication, Wing’s drones are delivering packages in a limited area in Virginia, as well as locations in Australia and Finland. Like most drones, Wing’s craft fly an average of 150 feet (45 m) above the ground and can hover like helicopters. Unfortunately, they cannot fly in all kinds of weather, such as snow or hailstorms.