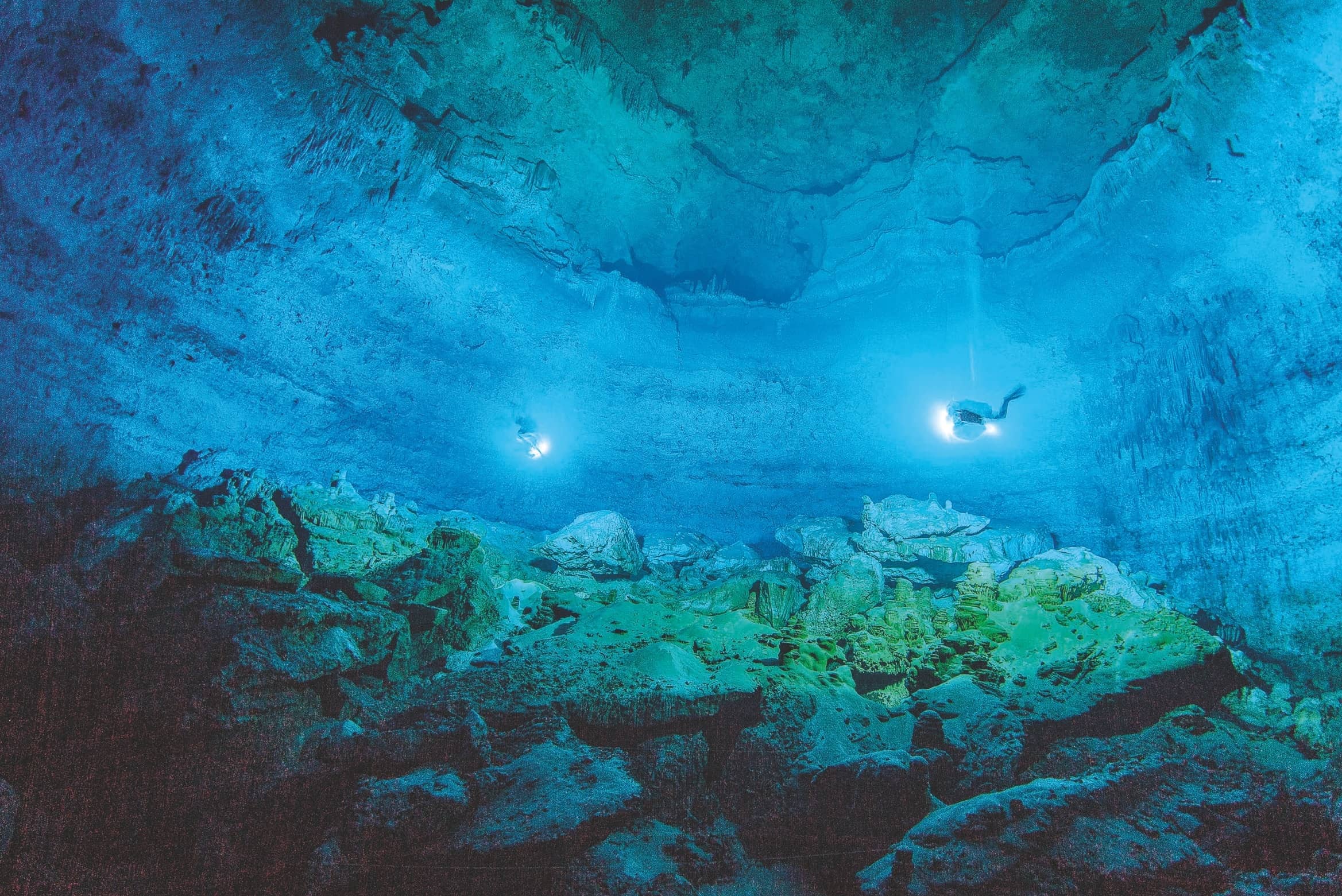 Cave divers are helping us discover the ancient past.
Steve Murray

In ancient times, people used caves as shelters. When they moved, they often left things behind. Animals used caves for shelter, too, and left their bones inside when they died. Many of these remains were organic, such as wood tools and animal hides, and seldom lasted very long after time and weather destroyed or scattered them. Finding organic artifacts has always been a challenge for archaeologists and paleontologists.

About 12,000 years ago, warming temperatures melted much of the world’s glacier ice. Sea levels rose about 360 feet (110 m), and many caves were flooded. Cold, still water can preserve and protect organic materials in caves by keeping people and animals out. This water often has very little oxygen, so there are fewer living organisms and chemicals to damage cave contents. Without wind, waves or strong currents to move things around, underwater caves hold clues to how early humans lived. They’re just waiting for scientists to find them. 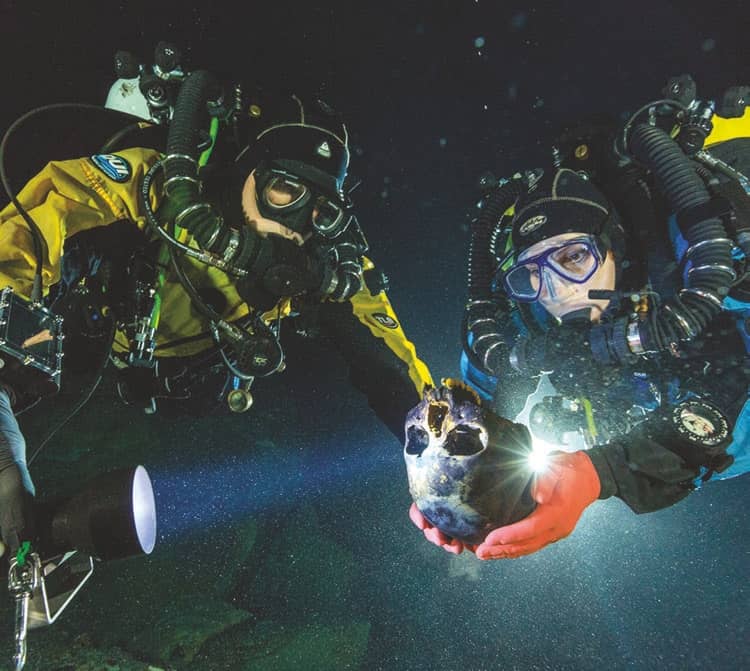 Most of the porous limestone caves beneath Mexico’s Yucatán Peninsula are filled with water. Divers have been working for many years to map them. In 2007, three divers—Alberto Nava, Alex Alvarez, and Franco Attolini—entered a huge underwater chamber, now named Hoyo Negro (“Black Hole”), and made a discovery that would change our understanding of ancient peoples in the Americas. “We discovered it somewhat by luck,” says Nava. “We were just exploring a tunnel and all of a sudden we came up into this big pit.” Hoyo Negro was more than 200 feet (62 m) wide and its floor was 150 feet (47 m) below sea level. It had been formed by the collapse of limestone where three underwater tunnels came together. The chamber contained the remains of large, now-extinct animals . . . and a human skull. 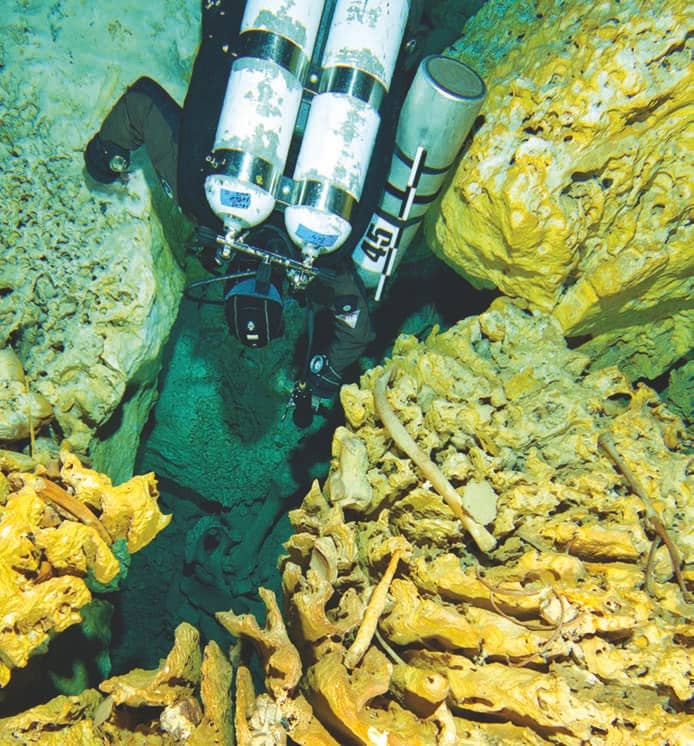