What do camera filters, artificial intelligence, and a hardware store have in common? They all come up in discussions with top finishers in 2019’s Regeneron Science Talent Search (STS). This competition, run by the Society for Science & the Public, is for young scientists. Each year, around 2,000 high school seniors enter. The winners celebrated at this national competition have gone on to start international companies, preside over top research universities, and even win Nobel Prizes! Three of this year’s 40 finalists share how they used the design process and their scientific research to engineering new technologies to help solve some of the world’s most difficult problems.

Eshika Saxena, 17, Biomedical Engineering In 2016, Eshika was frustrated with an experience of food poisoning, so she decided to investigate a solution. With the help of a lab near her hometown of Seattle, Eshika used her computer programming knowledge and engineering skills to build a portable spectrometer. A spectrometer acts like a prism: the machine splits light into its smallest units and then graphs the wavelengths. Every compound has its own signature, so if you have the graph, you can identify the compound. Eshika was able to detect some of the compounds that cause food poisoning. She placed 10th, earning $40,000. She says, “I really liked how I could solve a problem that I had experienced myself.” 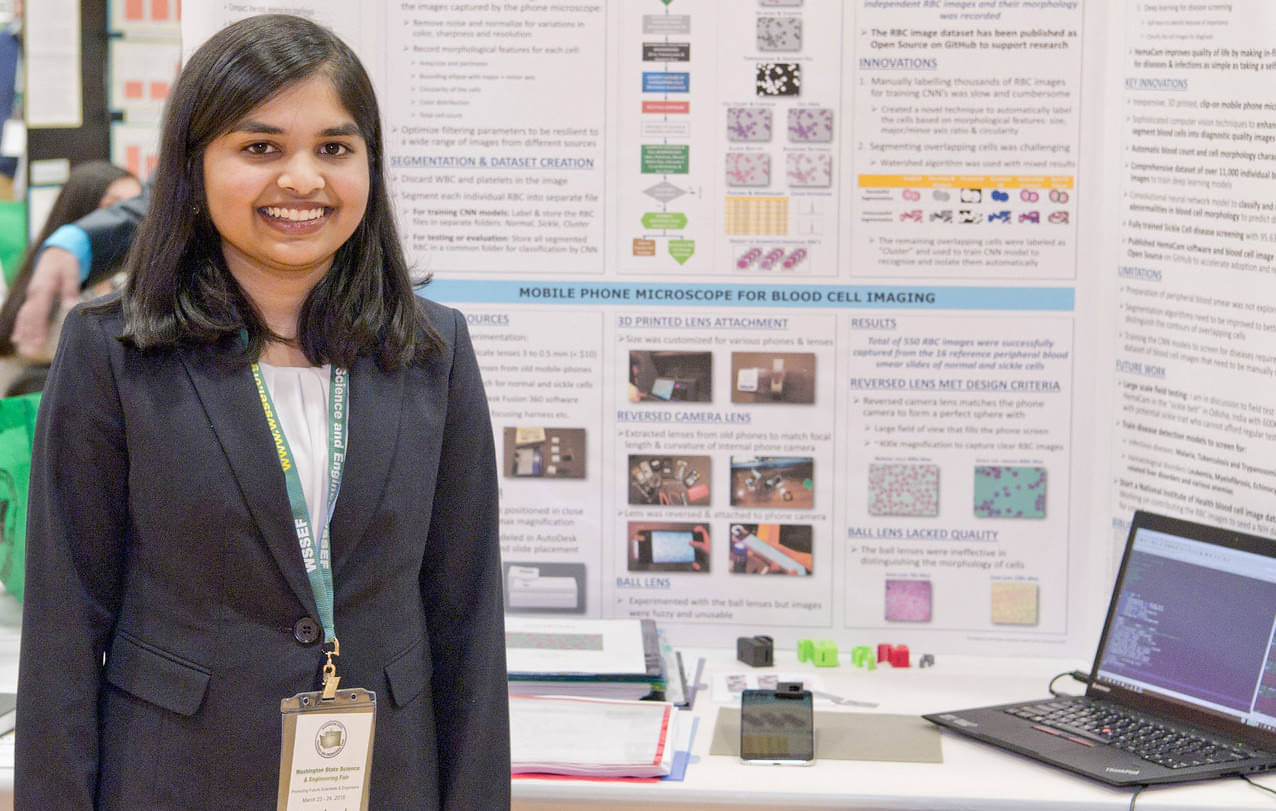 The following year, a FaceTime call with her sister inspired Eshika to create a camera filter that detects vital signs. “A solution where you can just look into a camera and it can determine your heart rate is super exciting, especially in places where they don’t have specialized equipment. When your heart pumps blood, there’s actually a very small color change [on the skin]. So I used the camera to measure that frequency of that color change and calculated the heart rate.” 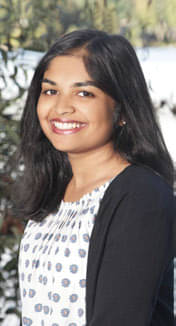