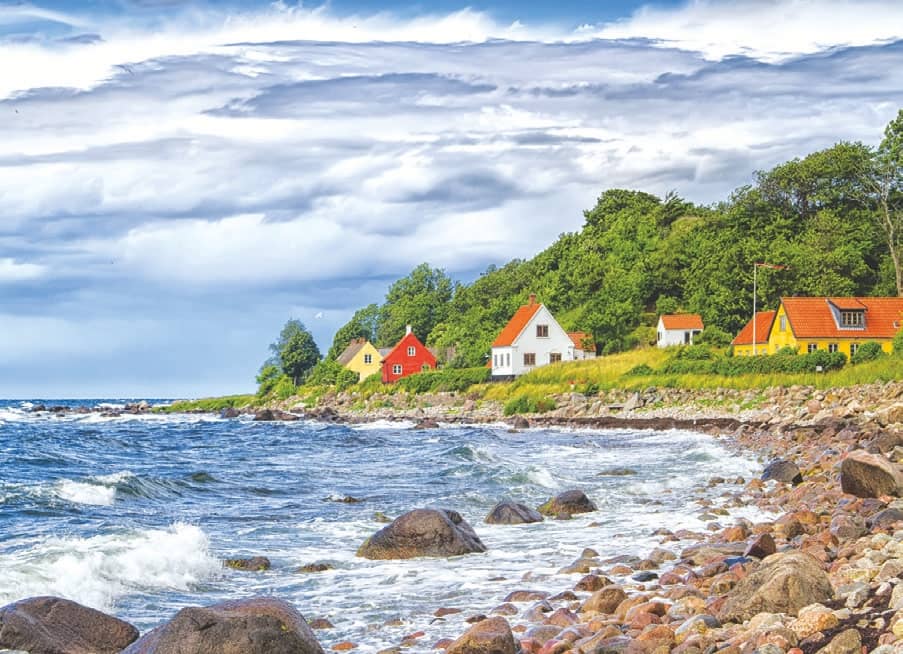 Find Germany on a map of Europe, and then look to its north. There you will find a peninsula known as Jutland. To its west is the North Sea; to its east, the Baltic Sea and a thick cluster of more than 400 islands. Together, Jutland and the islands form one of the smallest but most admired nations of Europe—the kingdom of Denmark.
R. Anthony Kugler

Denmark’s 5.5 million inhabitants, known as Danes, live in a space only about twice the size of New Jersey. It is much smaller than the combined size of Norway and Sweden, its neighbors across the Baltic. These three nations are referred to as “Scandinavia.”

Denmark’s geography sets it apart from its neighbors. It has played a major role in the country's history and culture. Denmark’s capital of Copenhagen, for example, grew up around an island castle built in 1167 by a bishop named Absalon. Absalon chose his site because it was near another, more populated island. He felt he would be able to enjoy the sea’s protection while remaining close to trade routes and markets.

Residents are no longer afraid of attackers as Absalon was. But Copenhagen remains tied to trade and the sea. A boat ride is still the best way to see the city. Its harbor and airport are among the busiest in Europe. Denmark’s transportation system is one of the most advanced in the world. Copenhagen has a fully automated subway system. Bikes are everywhere. Danes often chose bicycles over cars that cause pollution.