THE MIRROR A Korean Folktale 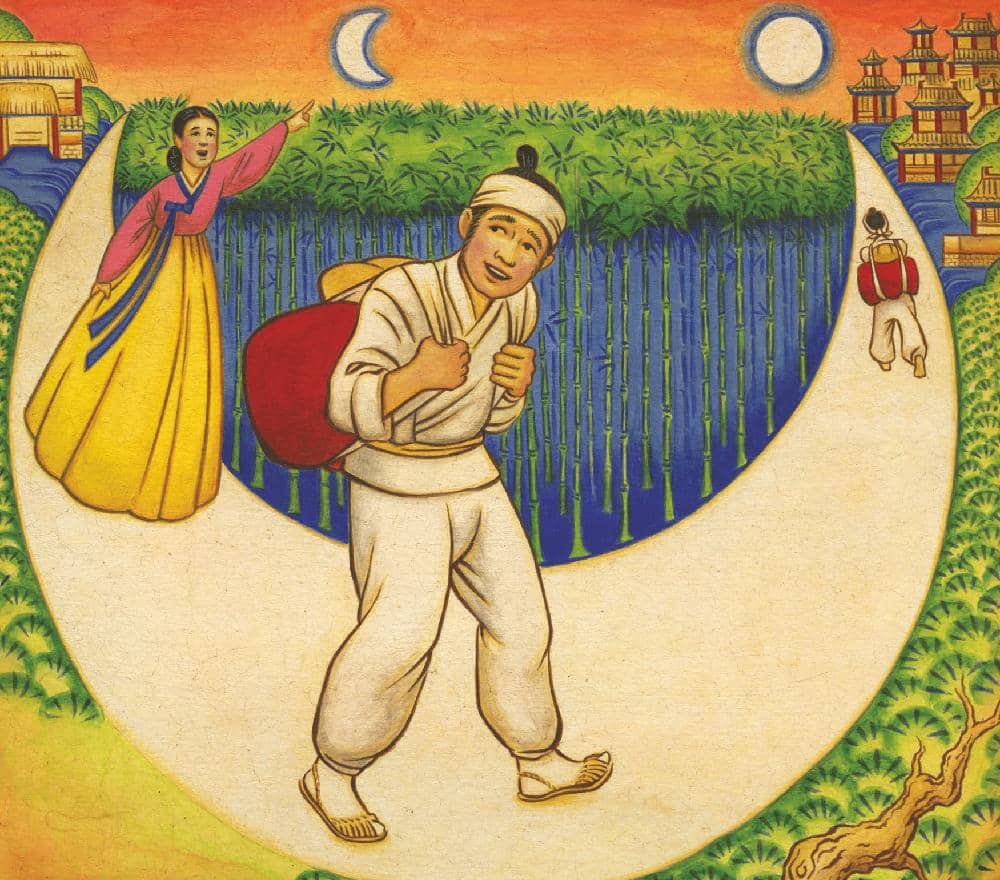 Long ago, a young farmer married the daughter of a wealthy family. One day, he was called away to a far city to conduct important business.

“What may I bring you?” he asked his wife.

“A comb,” she replied at once, thinking how lovely it would look in her long black hair. As soon as she had said this, however, the young woman became sad. She knew that her husband was most forgetful. How could he possibly remember to buy her a comb?

Then she looked up and saw that the new Moon had risen high in the night sky. Its silvery crescent was exactly the shape of the comb she wanted.

“Look there, Husband,” she said. “If you forget what I asked for, you must look up at the Moon. The curve of its crescent will remind you of my comb.” The young man promised to remember.

Once in the great city, the farmer found that his business dealings were more complicated than he had imagined. Many days passed before at last he could think about returning home. Just as his wife had feared, he had forgotten about her gift.