Faces - The Magazine of People, Places and Cultures for Kids|November/December 2019 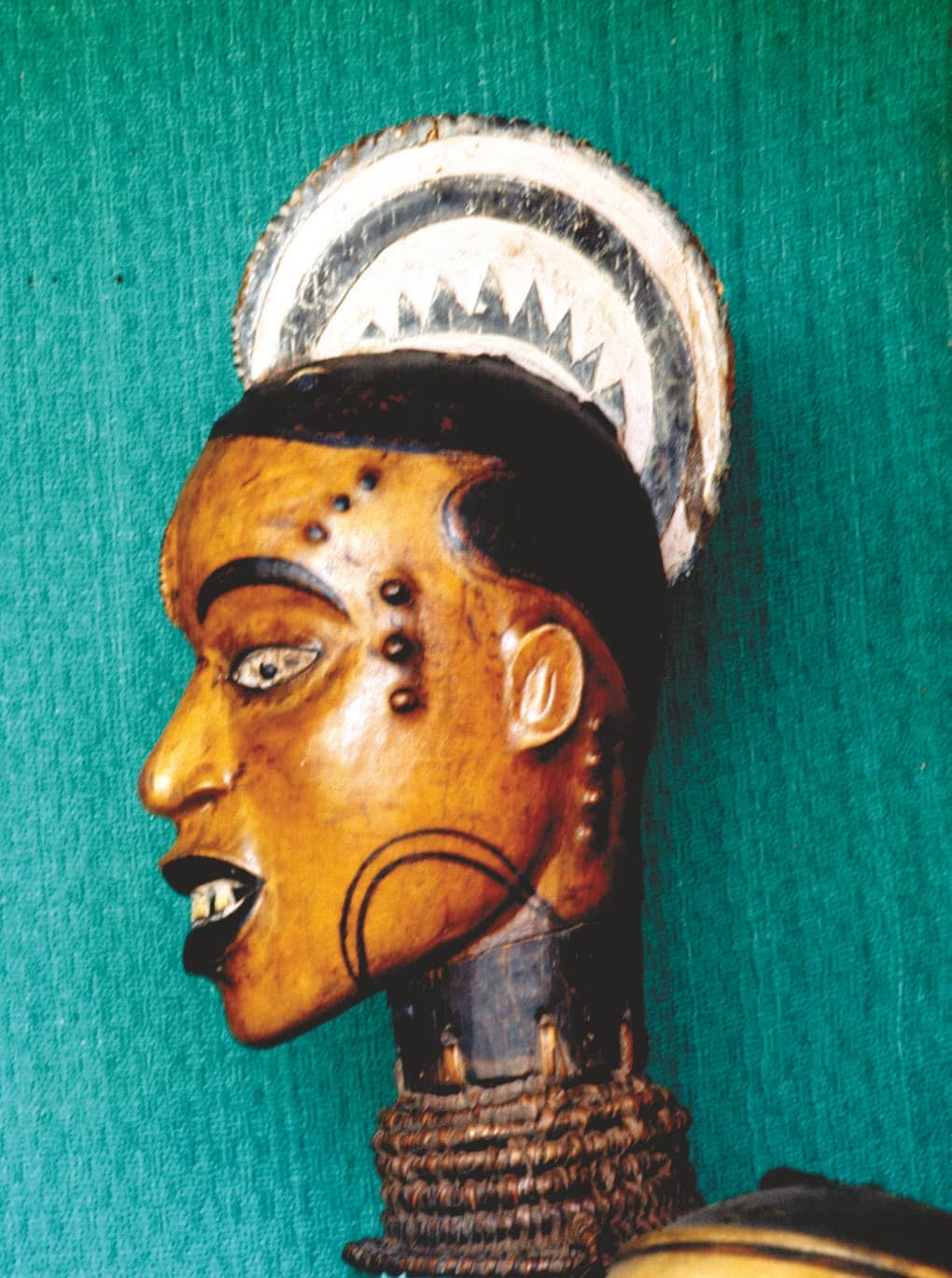 Many amazing works of art are on display at the Niegerian National Museum in Lagos.

A gallery is dedicated to carved ivory and a collection of royal crowns. There are finely decorated bowls made from a round, pumpkin-like vegetable called a calabash. A crafts market sells batik cloth, wood carvings, textiles, and other handicrafts. But one of the oldest and most important pieces in the museum is the Jemaa Head. This terracotta clay sculpture was made by someone who lived during the ancient Nok civilization around 500 B.C.E. How did it come to live here? Why is it so important?

The mystery began in 1943. A visitor brought alife-sized clay head to British archaeologist Bernard Fagg. The visitor said it was being used as a scarecrow head in a yam field. Fagg was curious. This head looked very old, but did not match objects made by any known ancient civilization. He began investigating. He learned that local people had found terracotta sculptures in odd places. Some were found under sports fields. Others were found on hilltops or sticking out of gravel piles in tin mines. Soon Fagg had collected nearly 200 of these objects.