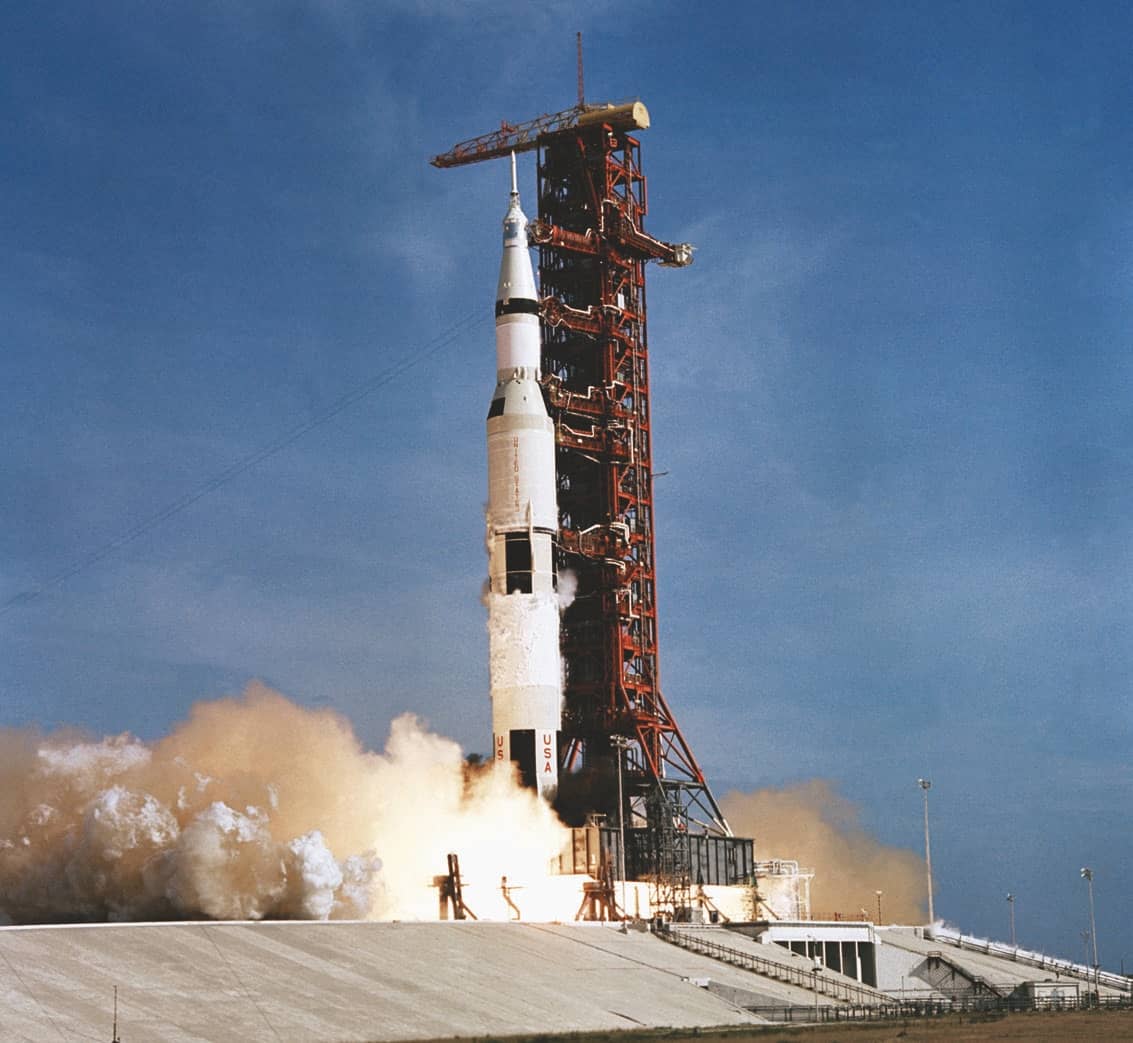 Hundreds watched on July 16 as the rocket carrying the three astronauts blasted off from the tip of Florida.

As the rocket left the Earth’s atmosphere and began its journey to the Moon, the huge rocket engines detached from the spaceship. The rest of the trip would be completed in a tiny craft that could separate into two modules—one to land on the Moon, and one to stay in space. 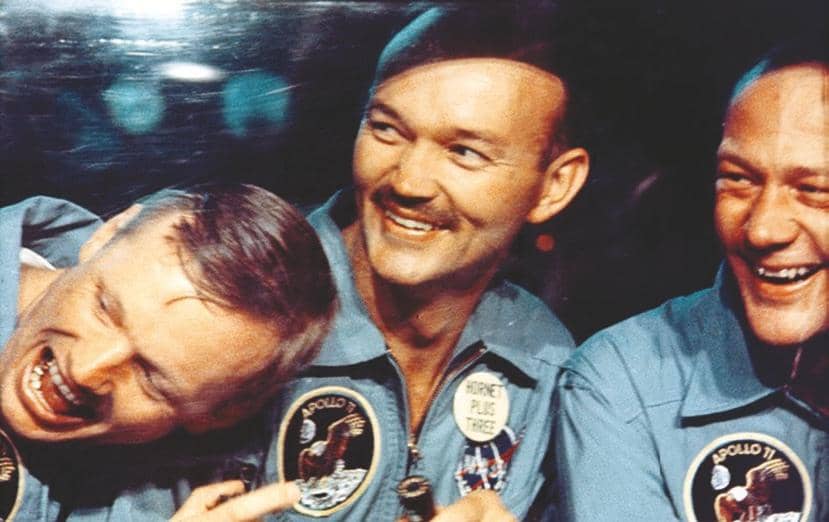 On July 20th, the astronauts finally reached the perfect spot to land on the Moon. Armstrong and Aldrin landed the lunar module on a huge, flat plain called the Sea of Tranquility. 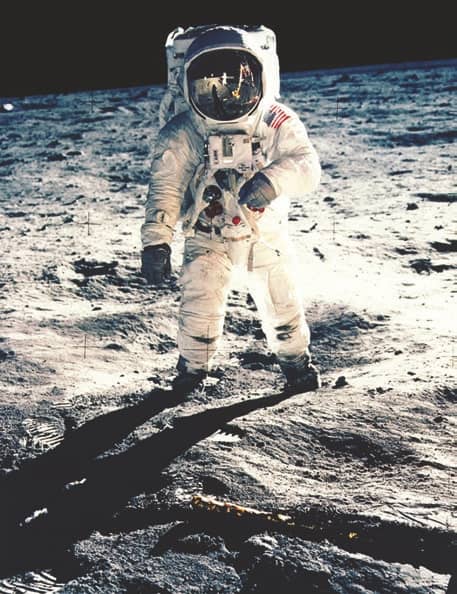