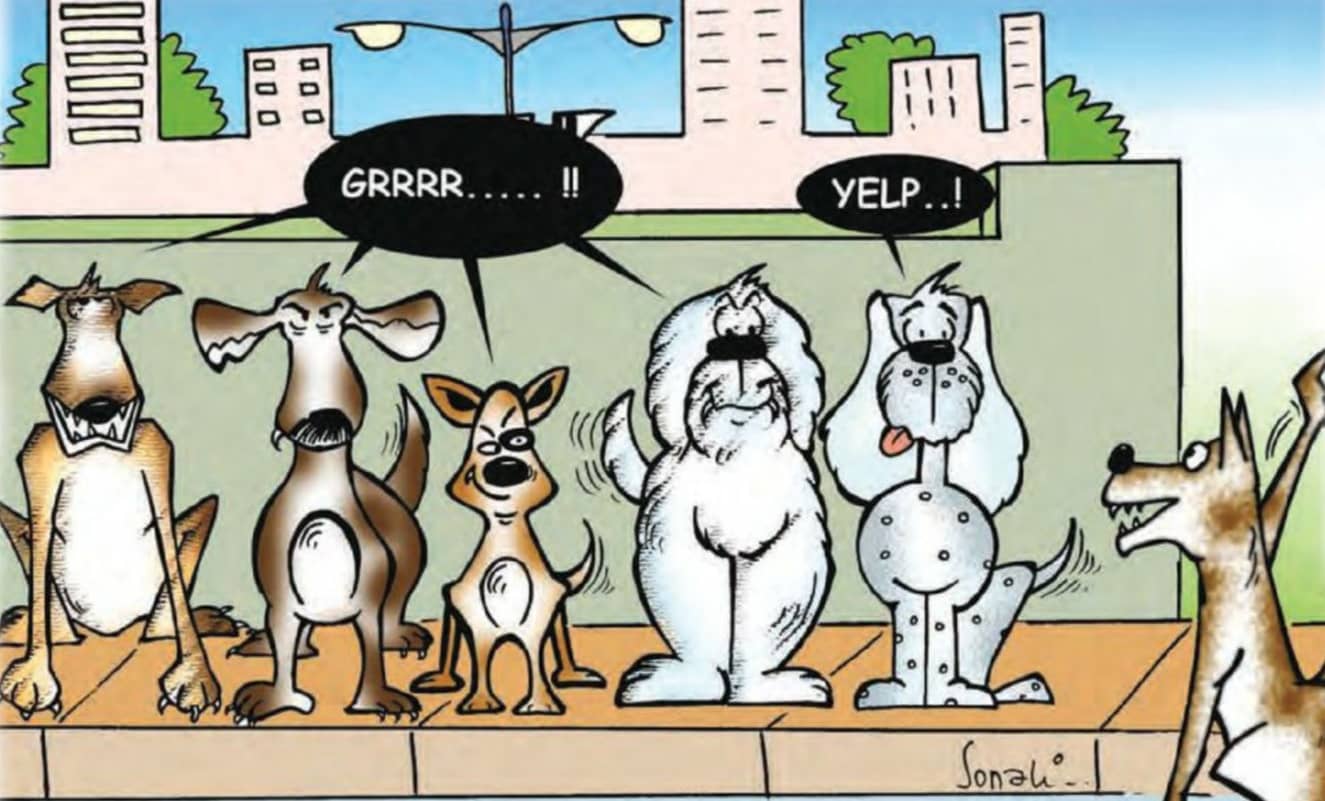 Tommy, “TOMMY!” growled Mr. Kalu of theRoadside School for Pups. “Why were you absent yesterday?”

Tommy had tried to hide behind goody-four-shoes Moti but he had been spotted!

Kalu Sir strode over and sniffed him, “Been raiding the mithai shop again, eh?” He quickly turned away to hide his own drooling at the mere thought of those mountains of laddoos, barfis and the huge vessel full of rich creamy milk!

“Sir,” Tommy whispered, “would you care for this?” And he quickly thrust a big piece of barfi into Kalu’s paws.

“Heh, heh,” Kalu Sir wagged his bushy tail in ecstasy and gulped it down immediately.

“Thank you, but you still have to take your test today!”

All the pups were lined up along the road at some distance from each other.

Each pup had to chase a biker till he reached the next pup, without giving in to the temptation of either biting him or crashing into him. It was fairly easy and all the pups did quite well, except Tommy. 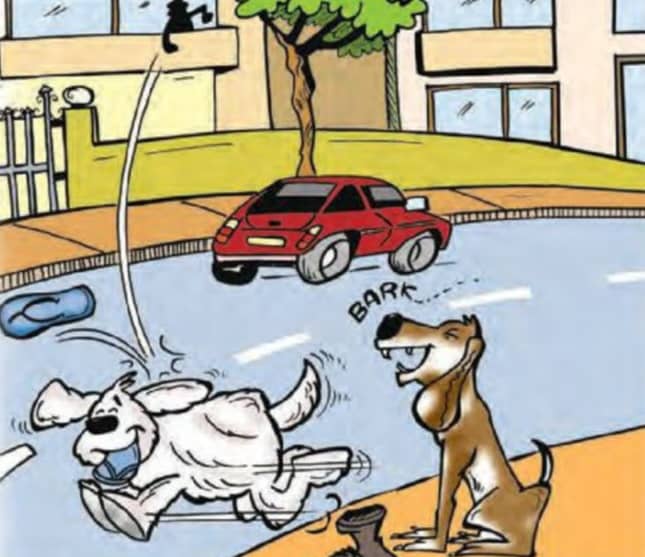