The One-Legged Sadhu And The Disappearing Ganga 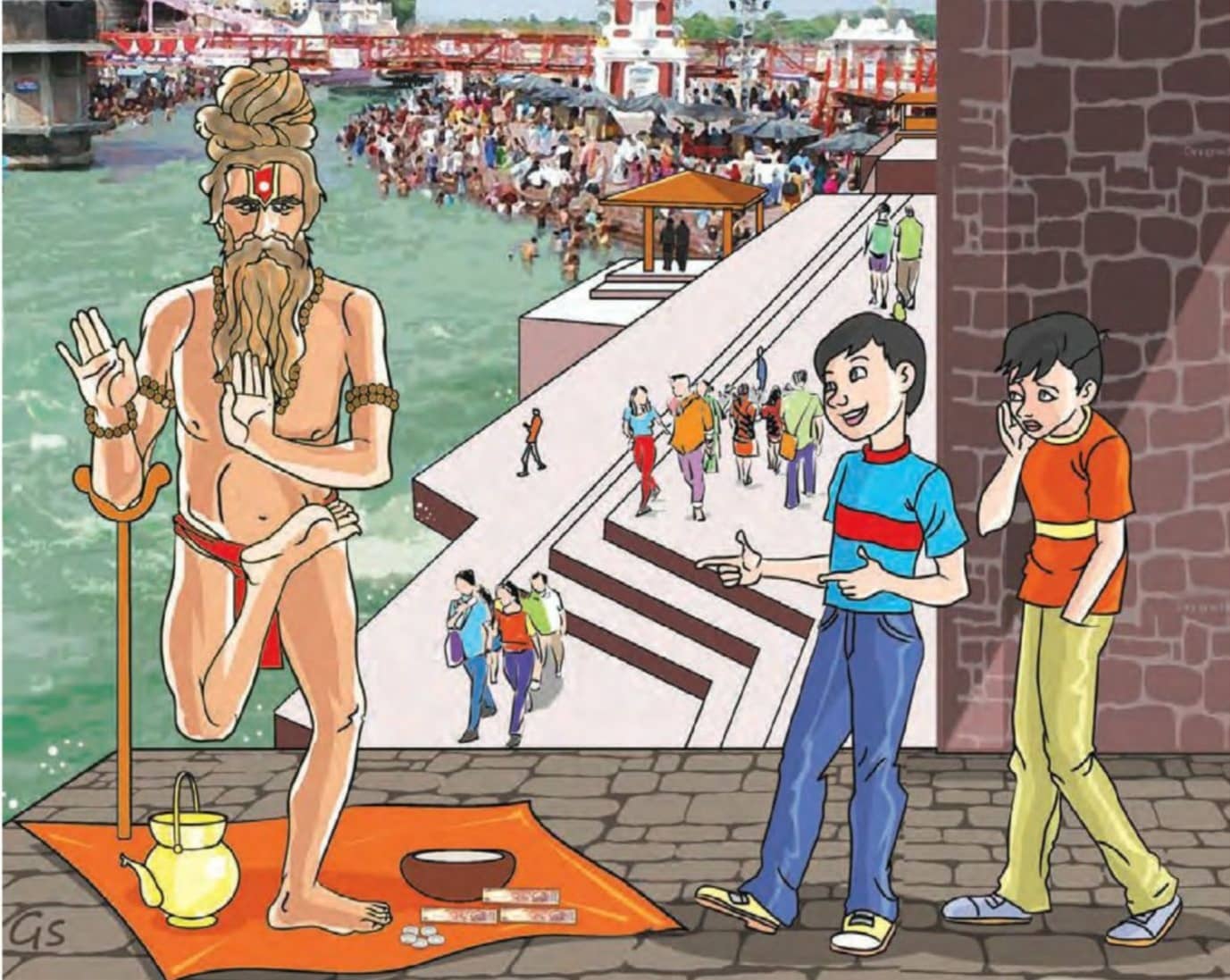 THIS pujo, we are going out for a trip,” Dipankar’s father announced at the dinner table. “We are going to Haridwar.”

Dipankar‘s mother said, “Thank god, better late than never!” She had been badgering her husband for the last two years for a trip to the hills. Grandma said that it was a timely decision because her wobbly legs wouldn‘t be able to carry her for long and maybe this trip would be her last. Dipankar’s seven-year-old sister Diya wasn’t happy. But when she was promised a new doll, she readily agreed.

But Dipankar aka Dipu was upset. He and his partner in crime Sekhar had chalked out an exciting plan for the vacation. They had been reading many mystery novels of late and they sniffed out a secret even in normal things. But a trip would mean betraying his friend.

Subhankar Sen, sensing Dipu’s despair from his face, beamed and said, “We are not going alone. Anil’s family will come along, too.”

Dipu jumped with joy. Anil Roy, his father‘s bosom pal, was Sekhar‘s father. It meant he wouldn’t be alone — Sekhar would be with him on this trip. What else could he ask for? It meant they could still go ahead with their plan, albeit with some modification.

At Haridwar, the two families rented a two-storeyed bungalow. The owner lived on the ground floor. They were allowed to use the entire first floor which had four rooms and a long balcony overlooking the river. It was at a walking distance from Har Ki Pauri, the centre of all religious activities. The rent was nominal, but the owner laid down the condition that no non-vegetarian food could be cooked or brought into the house. This was a dampener for the compulsive fish-eaters, but rules were rules.

During the day, they visited temples and took holy dips in the Ganga. Later in the day, they all went to Har ki Pauri to witness the Ganga aarti. As the light began to fade, the assembled devotees lit diyas and set them afloat on the water. Hundreds of diyas with their flickering lights drifted away downstream on the dark water. It was a spectacle to behold.

At sunset, priests in saffron robes performed aarti holding giant fire bowls in their hands. People sang praises to the glory of the mother goddess Ganga. The gongs rang loudly from the nearby temples and the loud chants of the devotees filled the air with reverence. While the grown-ups were absorbed in the religious ceremonials, the two friends decided to slink away.

“What if they don’t find us and look for us?” Dipu asked.

“We won’t go far,” Sekhar assured him. “Let’s check out the place. It seems to be pretty interesting!”

People sat on the river bank in groups, watching the evening spectacle. There were many sadhus, their bare bodies smeared with ash, seated in twos or threes and smoking their chillums.