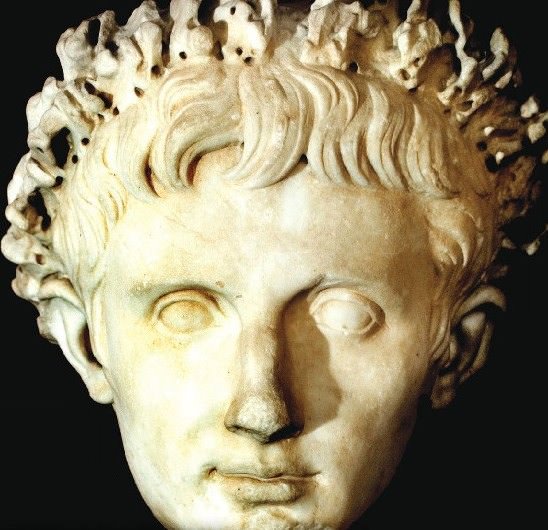 In 27 B.C.E., Octavius, having saved Rome from civil war in the battle against Mark Antony and Cleopatra, was awarded the civic crown, a wreath made of oak leaves tied with a ribbon

The year was 44 B.C.E., and a general-statesman named Julius Caesar held more power than any previous individual in the Roman Republic. The Senate had just granted him the title of dictator perpetuo (“dictator in perpetuity”), with the power to rule the Roman world, which stretched from Spain to the Middle East to North Africa. Some senators, however, disagreed with this decision. Believing that no one person should rule unchecked, they conspired to stab Caesar to death. Many of Rome’s citizens, however, supported Caesar. For them, he was a hero, and it was their affection for him that became a useful tool for those who inherited his legacy. One of the first to use this devotion to his advantage was Gaius Octavius (also known as Octavian and later as Augustus.

Who Is the Heir?