The Song Of Roland

Dig Into History Magazine for Kids and Teens|January 2018 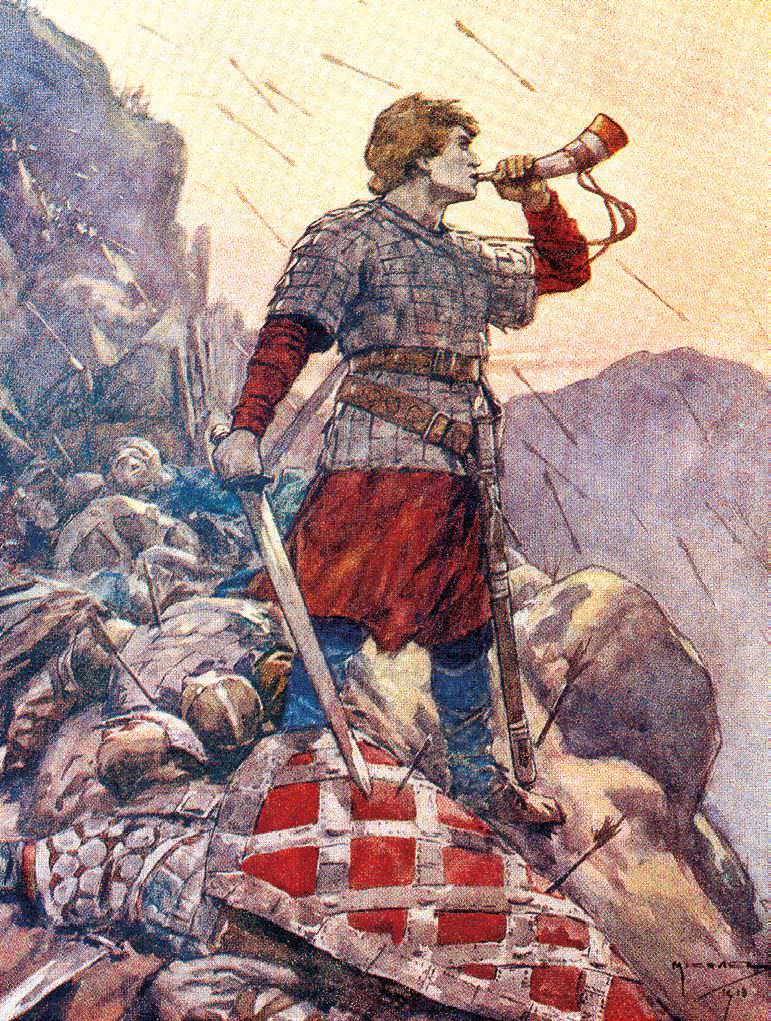 In the centuries after Charlemagne’s death, the number of poems, legends, anecdotes, and tall tales about him multiplied at an increasing rate. Among the most popular were the chansons de geste (French for “Songs of Heroic Deeds”). One, the Song of Roland, is based on an expedition Charles made to Spain in 778 to help a Muslim ally in Saragossa against the emir of Cordoba. When Charles learned that the ally had already settled with the emir, he retreated.

So as not to go home empty-handed, Charles sacked the city of Pamplona that was under the control of Christian Basques. In revenge, the Basques attacked Charles’ rear guard, as the troops crossed the Pyrenees Mountains into Francia. Three Frankish nobles, among them Count Roland, were killed.