The Rise of New Spain 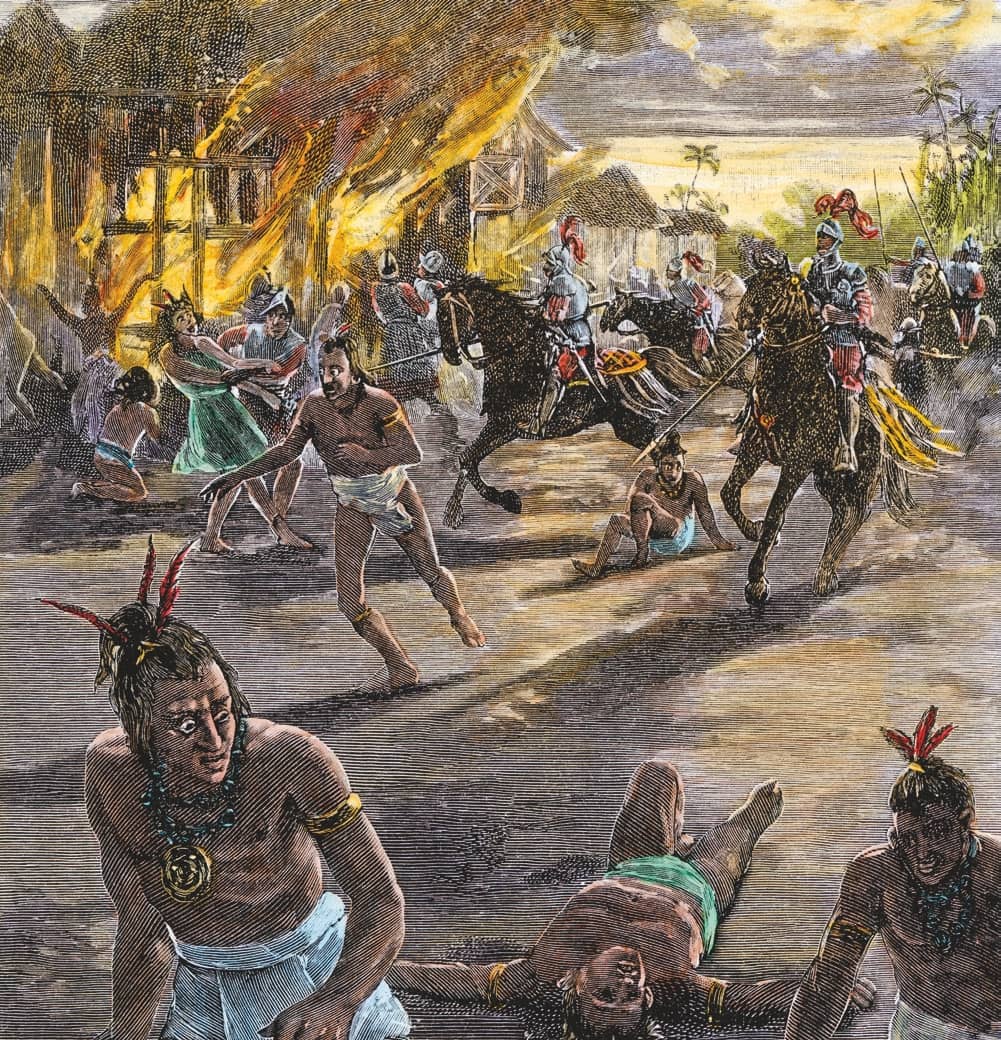 Within a couple of years of arriving in Mexico, Hernán Cortés conquered the Aztec Empire.
Judith E. Harper

When Spanish conquistadores explored the land known today as Mexico in 1519, they were dazzled by its riches. They marveled at the majestic stone buildings that graced the cities of the Aztecs who ruled the area. Beyond the cities lay fertile, irrigated fields lush with corn and other crops. And marketplaces brimmed with a great variety of vegetables and textiles.

Two years later, Spanish conquistador Hernán Cortés and his men conquered the people and took control of the area in the name of King Charles I of Spain. Cortés initiated the building of Mexico City on the ruins of the Aztec capital of Tenochtitlán. The site that had once been an important Aztec city became the most important European city in the Americas.

At the time, Spain was the most powerful nation in Europe. In the years that followed Cortés’s conquest of Mexico, Spain continued to acquire territory. It claimed most of the Caribbean islands, Central America, and western South America. It seized part of Italy and sections of northern Africa. The European Low Countries (the Netherlands, Belgium, and Luxembourg) became part of Spain, as did the Philippines and much of Portugal. The Spaniards named their new possessions in the Americas Nueva España (New Spain). New Spain became a viceroyalty, which meant that it was a political entity ruled by the Spanish crown. A viceroy governed it in the name of the Spanish monarch.