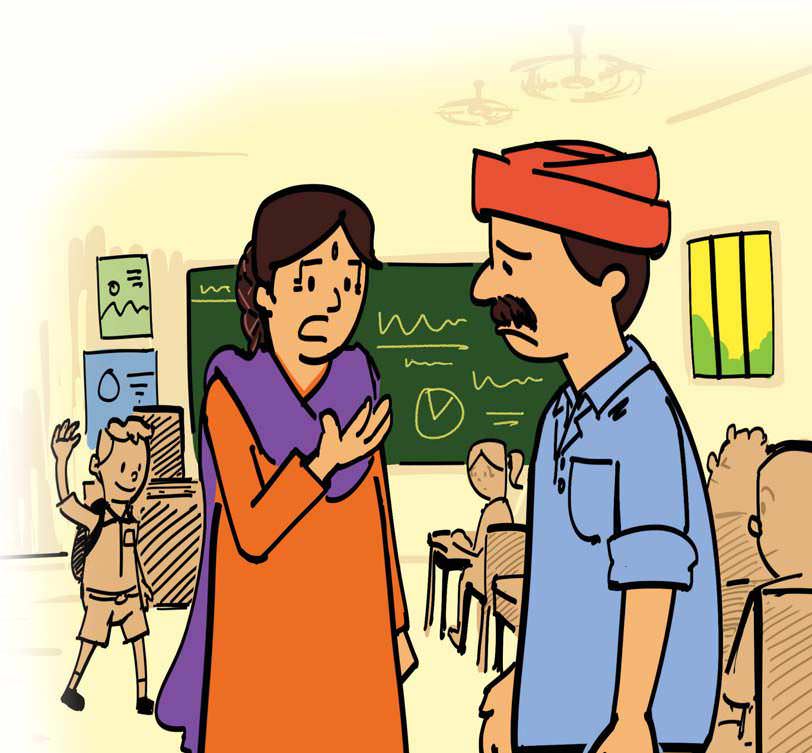 Balu was a poor farmer who lived with his wife Radha and son Sohan in a village. Both Radha and Balu loved their son a lot.

They worked hard to provide for Sohan. Everybody in the village teased Balu because he did not allow his son to work in the fields and would ensure that he spent all his time studying.

"There goes Balu with the future IAS officer!" the villagers would joke whenever Balu and Sohan walked by.

But that was not what worried Balu. Sohan was not interested in studies. He would only sit down with his books when his father was around and then run off to play with his friends.

Balu worried about his son's lack of interest in studies. One day, he went to Sohan's school to talk to the teacher. "Madam, Sohan does not seem to enjoy his studies. What can we do? Would you give him extra attention?" Balu requested her.

"Sonu hardly comes to school. I thought you had stopped him from attending school," said the teacher surprised.

On hearing this, Balu became very sad. That evening, when Sohan came back home after playing, he saw his father upset. Balu gently tried to make his son understand the importance of going to school and gaining education.

Sohan did not like seeing his father sad, so he decided to go to school regularly.

Even after a few weeks of going to school, Sohan did not find school interesting.