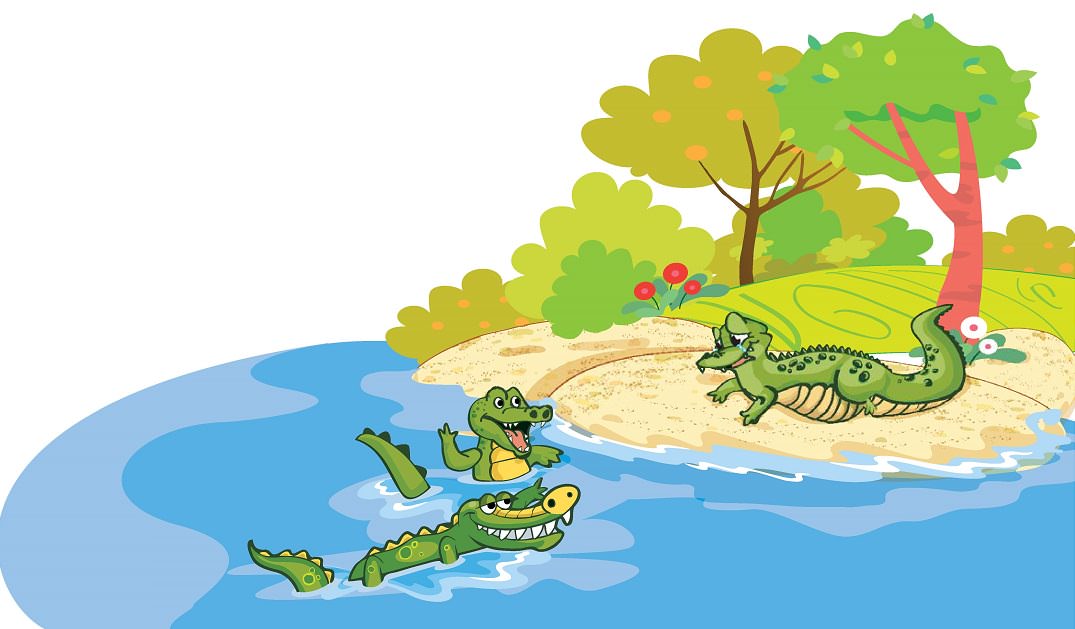 River Sunder flowed through the forest of Sundervan and was home o many alligators, including one-year-old Appu.

Appu loved the forest. He would lie on the bank of the river observing the sights around him, but he had not entered the river even once.

Several other young alligators that swam in the river would call out to Appu to join them.

"Sorry, I won't be able to. I will drown in the river," was his constant reply.

"You are an alligator and alligators are natural swimmers!" his friends tried to reason with him. They also offered to stay close to him and help him in case he drowned. But Appu turned them down with a heavy heart. He too wanted to swim in the river just like the other alligators and play with them.

One day, Appu saw an ant almost drowning in the river. It struggled for a bit, but soon managed to climb on to a leaf that was floating nearby and reached the bank of the river safely. This gave Appu an idea. 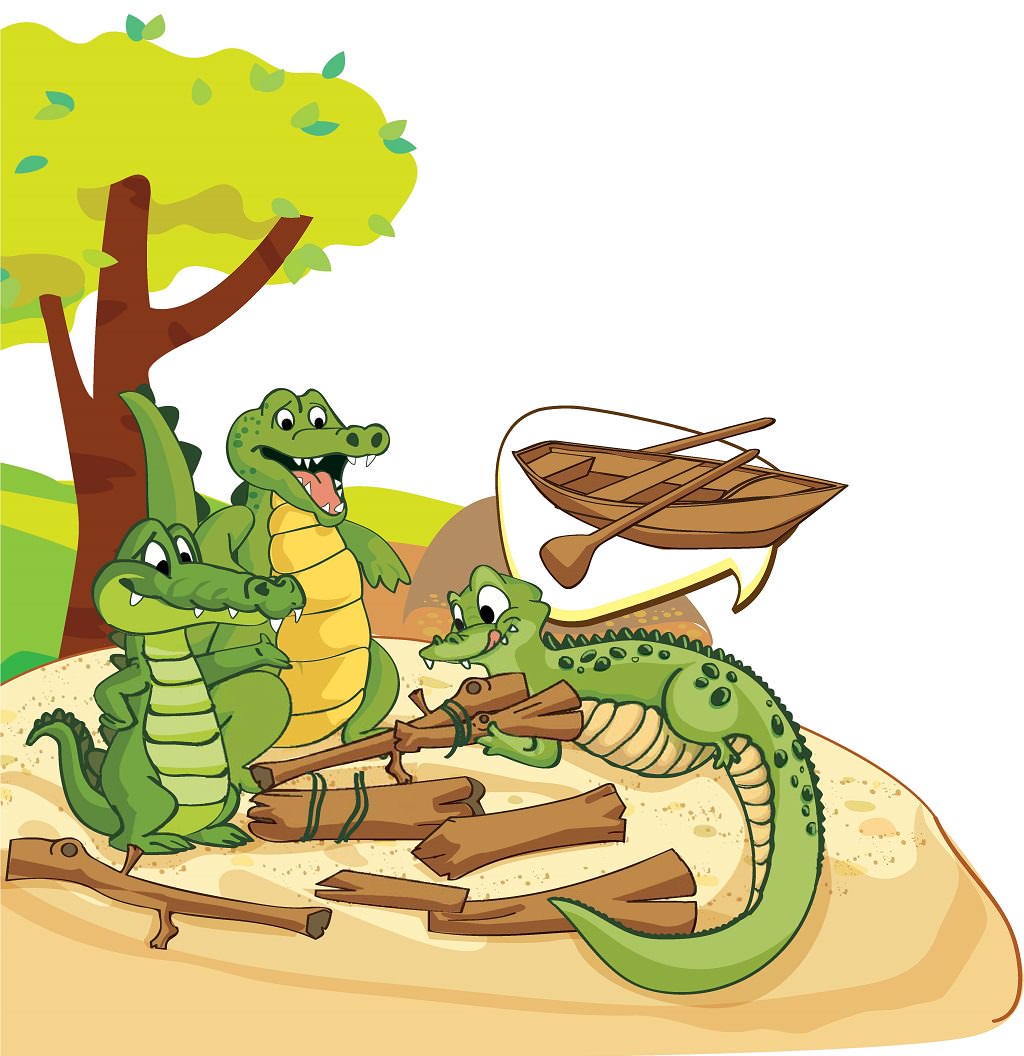