A Family Once Again 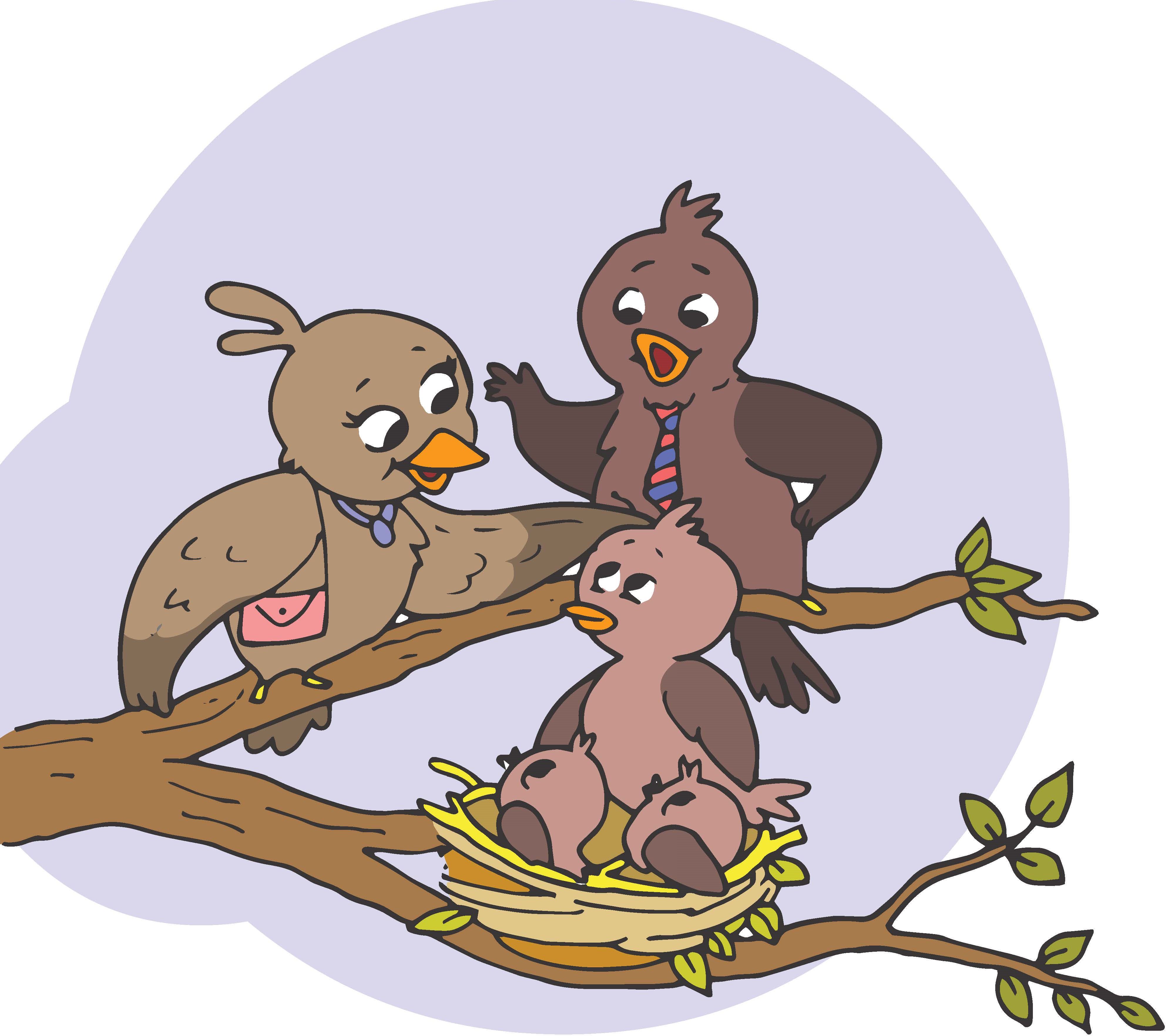 “Minu, a mynah, lived with her parents and brothers, Sallu and Dillu, on a huge banyan tree.

The tree was also home to parrots, crows and sparrows. They all lived harmoniously and helped out each other.

Every day, Minu’s parents would go out to find some food and return by dusk. During this time, being the elder sibling, Minu was pu in-charge of her brothers who were only a few weeks old.

"Minu, please take care of your brother s while we are away, and be careful. Don't talk to strangers,” cautioned her parents.

“Don’t worry. I will take care of these two,” Minu assured them.

After their parents left, the three mynah chick kept themselves occupied by singing songs and playing hide ‘n’ seek. They were unaware that Mongo, the mongoose was eyeing them greedily from below.

Mongo lived under the banyan tree and all the birds considered her as their friend. She had saved the birds and their eggs many times from snakes that tried to make a meal out of them. Until then, she had not caused any harm, but on this day she was very hungry and was unable to find food  to feed her kid, Molu.