The Deepest Dive
In 1872, two scientists set out to study the ocean.
By Tracy Vonder Brink

They sailed the seas on a ship called the Challenger, collecting animals and testing the waters. Wherever they stopped, they measured the depth by lowering a weighted line until it hit the bottom. In one place off the coast of Japan, the line just went down and down. It was the deepest place ever found. They called it the Mariana Trench. 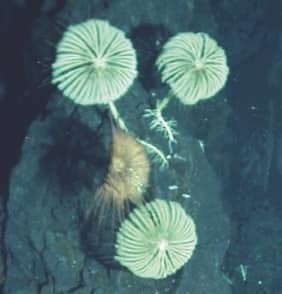 Many years later, another ship, also named Challenger, found the deepest part of the Mariana trench. They called it Challenger Deep, after the two ships.

The bottom of the Challenger Deep is almost 7 miles (10,900 m) down. You could hide Mount Everest in it and still not reach the surface.

Where did this deep place come from? The Earth’s surface is made up of huge rocky plates that move, very slowly. In some places, one plate pushes under another. This forms a trench. The very lowest parts of trenches are known as the “deeps.” 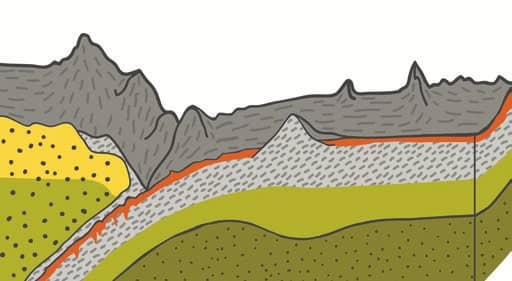 1960, the U.S. Navy wanted to test a new kind of submarine. They built a prototype, the Trieste. They wanted to test it in deepest place on Earth. On January 23, 1960, navy officer Don Walsh and engineer Jacques Piccard climbed aboard.