Making It To The Top 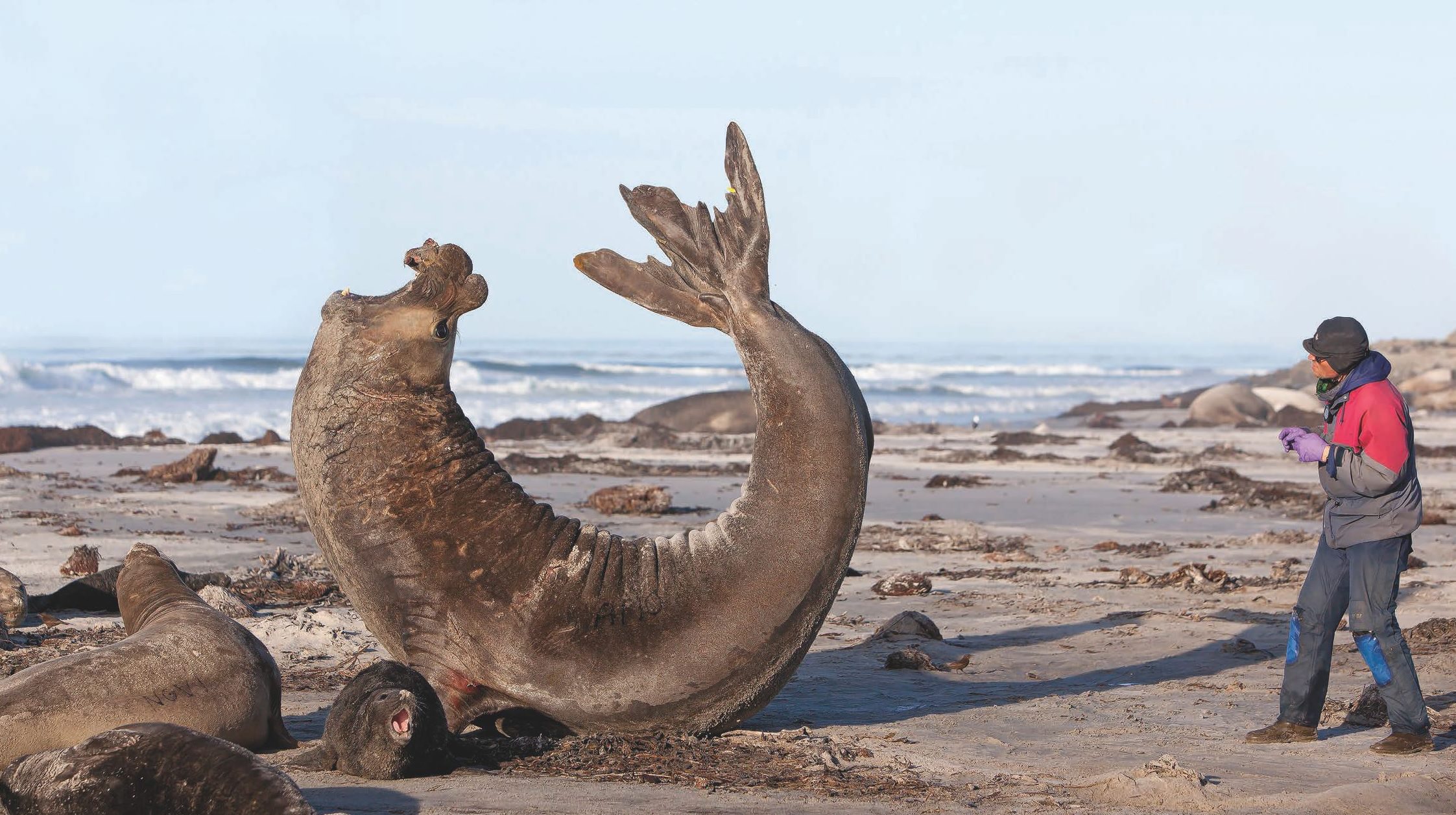 Feathers fly, horns lock, heads bash, and fangs flash. Why do animals fight among themselves? To settle an important question—who gets to be the boss?

On a stormy beach in Antarctica, two huge male elephant seals slam their two-ton bodies together like wrestlers. Rearing up, they hold their heads high and trumpet loudly through their big, trunk-like noses. Their roars can be heard a mile away. Ramming heads, they push and bite at each other’s necks. Their floppy noses are another target. A bite on the nose really hurts! The battle may last for hours. It ends when one male, sometimes beaten bloody, gives up and slouches away.

Boss of the Beach

Why are these seals fighting? It’s their way of settling who will be the boss of the beach. Being beach master is important, because females mate only with him. He will father many pups. The beach master is always busy, keeping order within his group (which may contain hundreds of females) and chasing away rivals.

In many animal species, males fight or have other kinds of contests to decide who is on top. Sometimes, instead of fighting, there’s just a lot of showing off. Silverback gorillas beat their chests and hoot loudly. Baboons smack their lips, raise their eyebrows, and show their sharp teeth. Buffalo grunt, snort, and stamp the ground at each other. Sage grouse puff out their chests and make booming calls.

Usually the oldest, strongest, showiest animals win. But younger males are always looking for a chance to challenge the boss. So winners can never relax. Among baboons, older males will sometimes team up to prevent younger males from challenging them.

Being the boss matters to these animals because winners get the most mates, the best homes, and the tastiest food. They also father the largest number of babies. The losers may never mate at all.