Help Others When It Is Most Needed 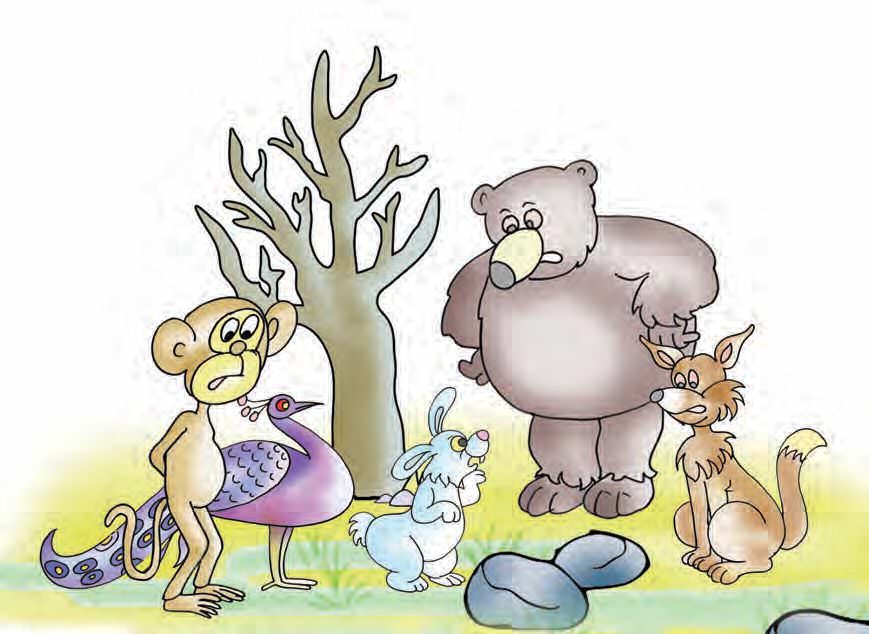 Chimmu rabbit in the Paika forest was crying aloud hitting her paw against her chest.

How can the mother of two children endure the pain of losing both of them together? The children were suffocated to death by a cruel snake. Since last week, that snake had become a threat. He scared Pintu deer's daughter by spreading his hood. He ran after Ditto Bear. He bit Mrs. Moncy monkeys leg.

It will be difficult to live here if we do not take any action against this, Moncy told everyone.

It is urgent, agreed Ditto Bear and Foxy Fox. I tried to kill him last day. When I understood my life was under threat I escaped, said Dimple Peacock.

At that time, Nikky Monkey came that way. It was a relief for many to see him because he was very wise.

After hearing them, he said, If Dimple could not kill him, then there is only one person who could do it. Our Bootty Mongoose.

But the arrogant mongoose wont mingle with us. That's for sure, said Moncy.