Friends Need To Be Selective 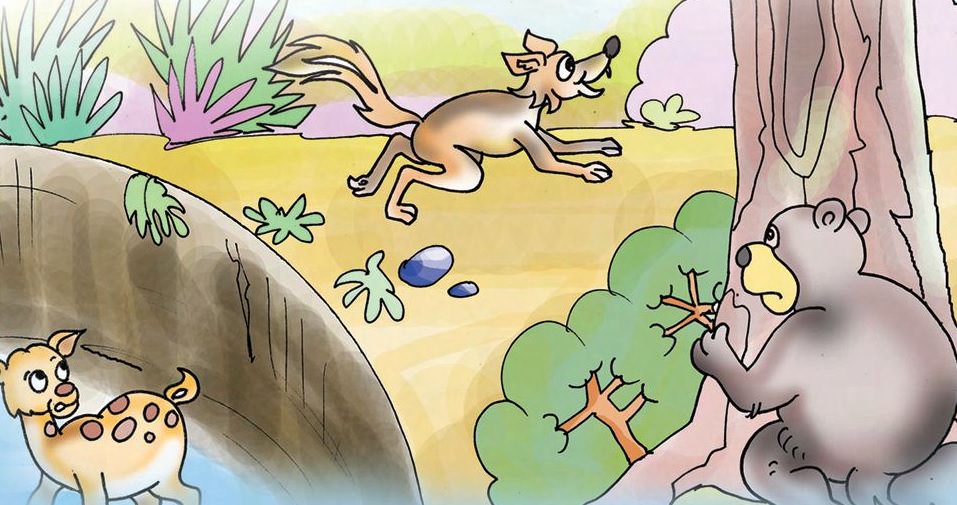 Pikku was a very beautiful young Deer in Paika forest. She was the only daughter of Shalu Deer.

Pikku was very naughty and always did something which ended in trouble. Her mother was very much worried about her safety, especially her friendship with Chalu Fox. The mother advised her many times, but in vain.

“Pikku, why don’t you develop friendship with other deer, instead of that crooked fox? We can’t trust him,” Shalu Deer warned.

“No Mom. Chalu Fox is very kind and he takes me to all places in Paika. In fact, other deers are jealous of me and they make false stories; you don’t believe them,” Pikku argued with her mother.

“That’s not right, dear daughter. Fox and Deer belong to different categories. We eat grass while they eat flesh. Crookedness is there in their blood; we can’t afford to be friends with them, even your life may be in danger,” Shalu Deer tried to persuade her daughter.

The mother kept an eye on her and didn’t allow her to go out. But Pikku couldn’t stop herself and whenever she got the opportunity she moved around with Chalu Fox. One day Pikku managed to escape from her house, as her friend had promised to accompany her to a new place full of green grass. Pikku Deer rushed to meet Chalu. As she reached near the Paika valley, she heard a loud scream from the middle of the bushes. Pikku Deer went there and was shocked to see her friend Chalu Fox trapped in a swamp pit. Pikku thought for some time to find a way to help him out. The pit was not deep, but the swamp mud was troublesome.

Pikku stepped closer to the pit and observed. The moment Chalu Fox saw her, she decided to play a trick to get out of the trap.

“Hi, Pikku. Look, this pit is a mysterious place. I came down to the pit in search of water which has magical powers,” Chalu Fox said.

“What? Magical water! What is it? Tell me in detail,” Pikku eagerly asked.