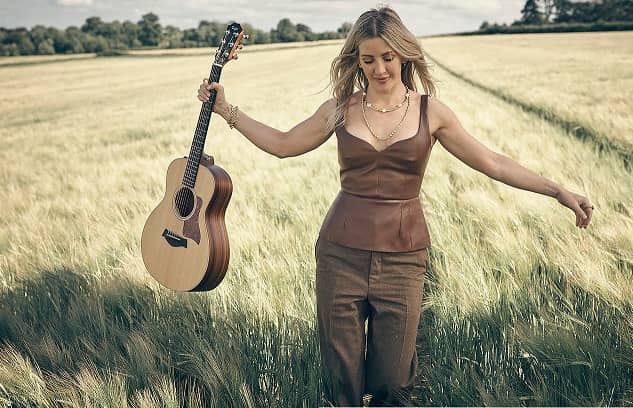 AFTER A RELENTLESS DECADE, THE SINGER OPENS UP ABOUT COPING WITH ANXIETY AND MAKING BIG CHANGES IN HER LIFE

Ellie Goulding knew she had to hit pause. After wrapping up her nearly two-year-long Delirium World Tour in 2017, “I realized I had not for a second stopped to think about who I’d become,” says the 33-year-old singer, who first broke through in 2010 with her debut album, Lights. Over the last 10 years, she’s played Glastonbury and Lollapalooza, nabbed a Grammy nomination for her runaway hit ‘Love Me Like You Do’ and sold-out arenas. “I was a nonstop train, and it was just ‘Go, go, go,’” says Goulding, who’s been open about battling anxiety and suffering from panic attacks. “The idea of making more music was too overwhelming.” Goulding, who was raised in a small village near Herefordshire, England, moved from London to New York City for a couple of years, purposely fading into the background. “It was quite nice to have that escape and be in my own kind of world for a bit,” she says. During that time she fell for Caspar Jopling, 28, a Yorkshire, England-born art dealer she wed last August. But while she’s a blissful newlywed, Goulding says her emotionally honest new album Brightest Blue was inspired by her personal journey of self-discovery. “I’ve had time to think about my weaknesses and flaws but also my strengths and powers,” she says. “I’m still a little bit insecure, but I’ve got more love for myself than ever.” Here she reflects on life, love, and digging deeper.

We’re in the middle of a pandemic, and many people are looking inward during this time. How does it feel to be putting out an album now?