John Legend Proves It's Good To Be Sexy 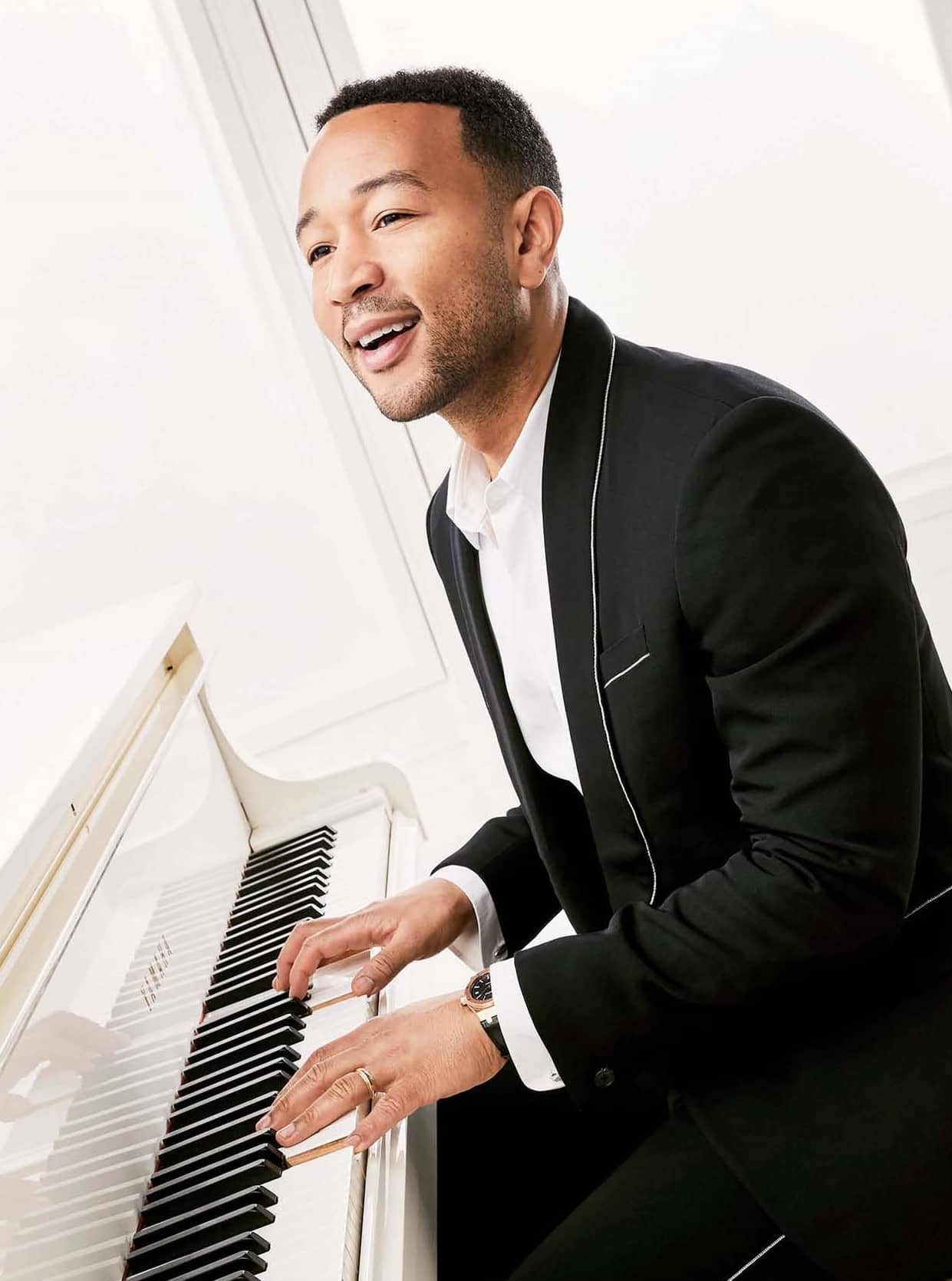 The broodingly handsome man in a tuxedo expertly plays a piano in his home’s stylish foyer while his gorgeous wife gets glammed up in the next room and their two cherubic children scamper about, their precious giggles wafting over Dad’s melodies. It has all the makings of a luxury-car commercial – or it’s just another day in the life of John Legend.

To be fair, not everything is quite so idyllic: A camera crew is hovering, a construction team is busy removing a dance floor from their Halloween bash, and one of the kids is actually teetering between pure joy and tearful outbursts. Nonetheless Legend – sitting at the piano while keeping an eye on his kids and voicing appreciation for the outfit chosen by his wife – proves himself to be a masterful musician, adoring husband and doting father all in one fell swoop. It’s no wonder he was a clear winner for 2019’s Sexiest Man Alive, even if the man himself remains a bit hesitant about it all.

“You know everyone’s going to be picking me apart to see if I’m sexy enough to hold this title,” the 40-year-old star admits of first hearing he’d landed the distinction.

But picking Legend apart may well be an exercise in futility. Beyond his talent and Ivy League education, the Emmy-Grammy-Oscar-Tony-winning star and Voice coach is also just a thoroughly decent human being. “Part of it is home training,” says Legend, also an impassioned activist, who credits his parents with instilling in him and his three siblings the importance of good manners and standing up for their beliefs. “Treating people with respect and kindness goes a long way.”

Married since 2013 to supermodel-turned-author and TV star Chrissy Teigen, 33, with whom he’s raising daughter Luna, 3, and son Miles, 18 months, Legend realises his newest honour likely won’t change much at home. Still, a man can dream, as he jokingly declares: “Maybe now I’ll get some respect around this house!”

What was your initial reaction when you found out you were going to be Sexiest Man Alive?

You know, I was excited, but I was a little scared. It’s a lot of pressure! I’m following Idris Elba, which is not fair.

It’s also been held by your fellow Voice coaches Blake Shelton and Adam Levine. Do you think you’ll wear the crown better than they did?