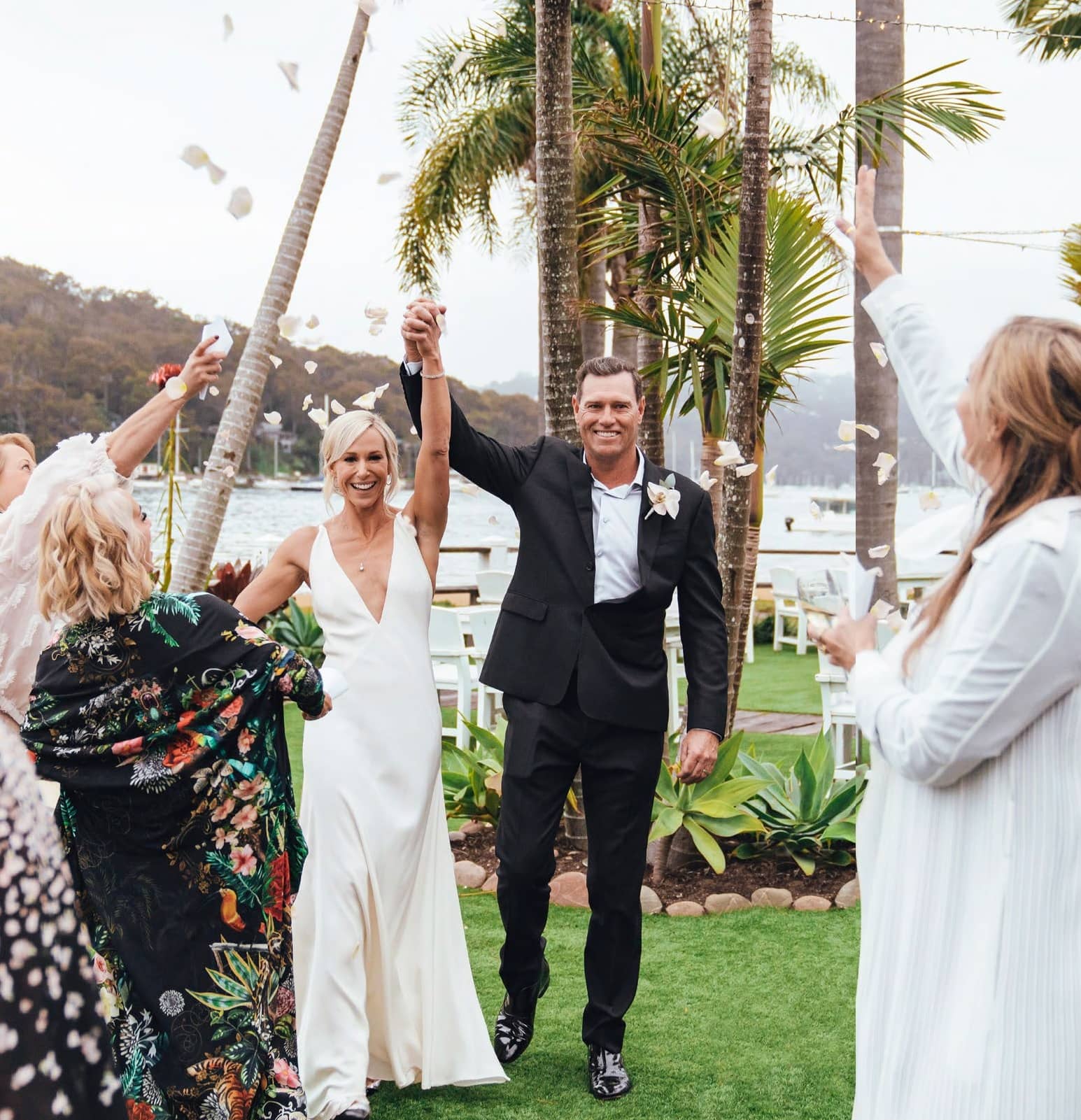 He is the Australian legend people have come to love after 14 years on Bondi Rescue. And lifeguard Bruce Hopkins, known affectionately as Hoppo, found his fairytale ending with his perfect match Karen Griffin when the couple wed at an intimate ceremony at Sydney’s Northern Beaches on Friday, September 18.

Despite a smattering of early morning rain that threatened to dampen the festivities at Pasadena, a luxury waterfront restaurant at Church Point, nothing could wipe the smile off the couple’s faces as they finally exchanged vows after being forced to postpone their lavish April nuptials due to the pandemic. 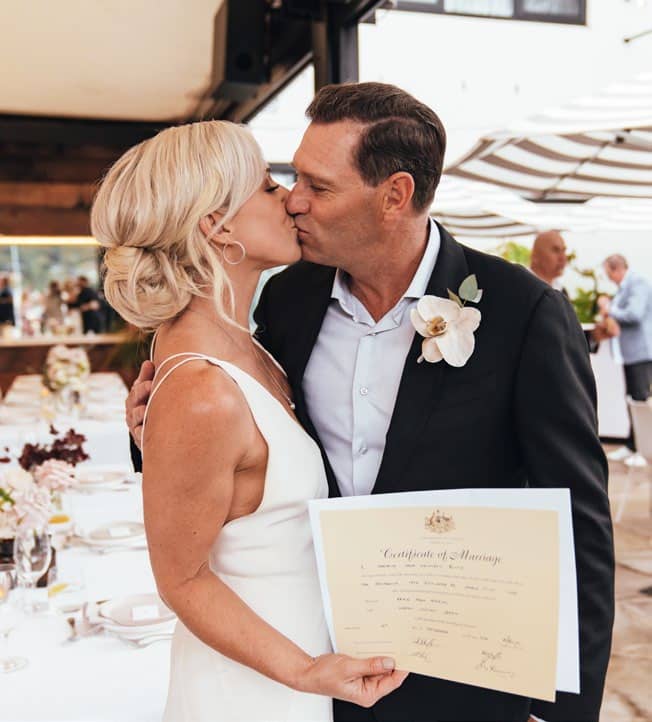 Accompanied by a stirring rendition of Ellie Goulding’s hit ‘How Long Will I Love You’ sung by The Voice’s Prinnie Stevens, Griffin made her way down the aisle in a stunning white silk gown by designer Michael Lo Sordo, while the dapper groom looked on in a black suit by Georgio Armani.

There was laughter and tears aplenty as the couple surprised each other by exchanging heartfelt vows they’d written in front of civil celebrant Natalie Blyth and 25 of their nearest and dearest.