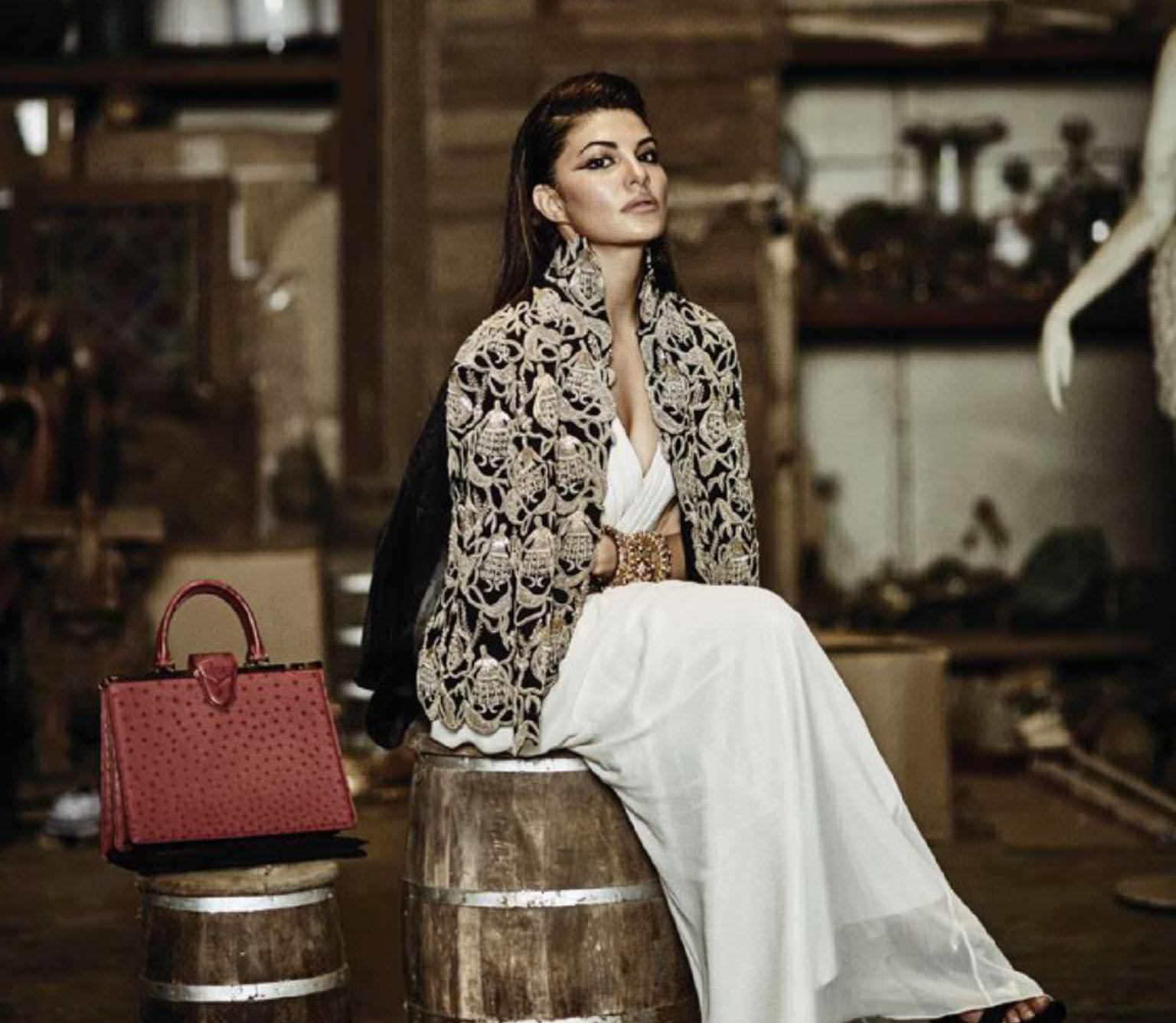 She may be a trophy heroine circling the male protagonist on screen, but Jacqueline Fernandez is in a happy place. Her dad is her hero; Salman Khan, a blockbuster co-star; John Abraham, her fitness buddy; and Sonam Kapoor, her new bestie. What she wants now is a life partner who is funny, athletic and has good table manners...and who will find exotic European locales to woo her in, finds Wyanet Vaz.

2011. That was the first time I saw Jacqueline Fernandez. It was at Malhar and she happened to be judging the street dance finals at the St. Xavier’s College fest. I overheard how all the boys from the security department wanted to be her ‘bodyguards’ even though it was only a college festival and she really didn’t need that much security. I am meeting her once again, exactly four years later. I can say this with the precision of a surgeon’s knife, because I have googled a snippet from the archives of a leading daily that had featured Jacqueline at Malhar, four years ago, on this very day.

Her call time is 3 p.m. and the location for this massively orchestrated shoot is at the Essajees warehouse on Reay Road. It is almost as if I have stepped onto the sets of Edward Scissorhands — into that scene when Dianne Wiest creeps into the haunted castle and is welcomed by huge chandeliers and strange artefacts. This is even more hauntingly beautiful. While vintage bathtubs, statues of stallions and Ganeshas stand unperturbed, the team preps the set, gleaming Louis Vuitton cases are carefully babysat, a circuit trips, and the photographer complains that he may have caught the flu.

I can sense a build-up of tension. But Jacqueline arrives well before the call time. I wait for the hustle, yet everyone moves like well-coordinated robots in a factory. So, I move along with these machines looking for her. And there she is — in a perky orange polo T-shirt, grey tracks and flatforms.

“I want this chandelier!” shrieks Jacqueline as she strolls through the warehouse in an embellished jacket layered over a pristine white gown. She is enamoured by the entire depository, the birdcages in particular, and takes breaks to explore in between shots. Is her penchant for the birdcages symbolic of her being the master of her own choices, and yearning to soar?

Even though she started her career with Aladin (2009), Murder 2 (2011) and an item number in Housefull (2012), it was Kick (2014) that really kick-started her career. We are always told that the whole is greater than the sum of its parts, but her dual role in Roy (2015), her gig as a fitness ambassador, her stand on animal cruelty which also landed her a PETA award, and her extremely adorable Instagram posts are signs that sometimes, with people, the whole is more than just a sum of its parts.

The part that really stands out right now is Jacqueline working her way through the shoot. Photographer, Rohan Shrestha, doesn’t really need to direct her, because she is to the camera born. As Rohan shoots to the tunes of Je Ne Veux Pas Travailler, Jacqueline pouts and purrs and her amusing antics are well-hidden in between frames. So, while she is doing her thing, her father, who has accompanied her to the shoot, scans the scene, hawk-eyed like any father would, when it comes to his youngest daughter. The large man, with tattooed arms and rings on his fingers (which I almost mistake for a knuckleduster), lingers around with a you-don’t-wanna-mess-with me look. The crew is understandably hesitant to even make small talk.