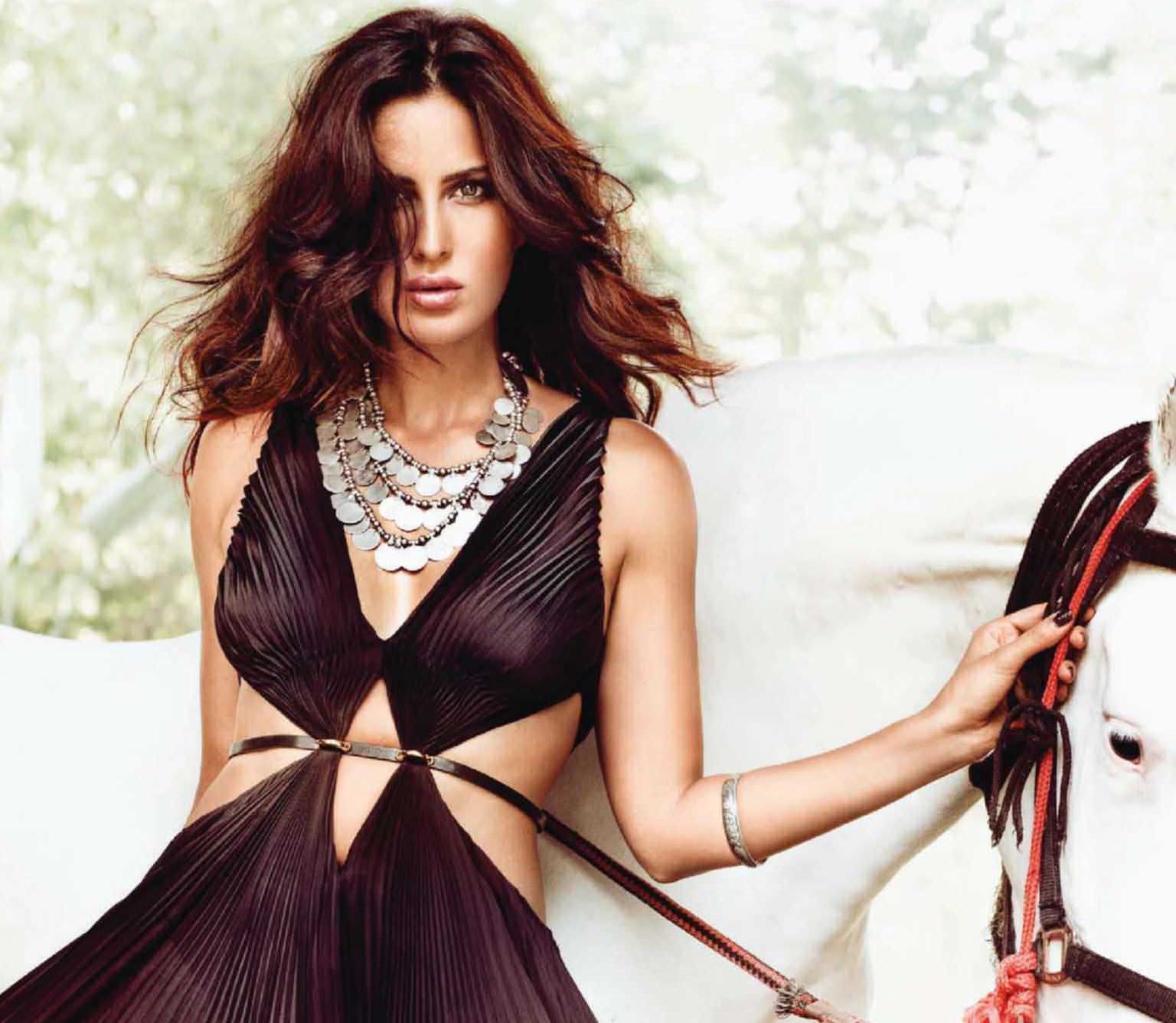 Intensely private and completely in control, Katrina Kaif is inarguably Bollywoods most reserved celebrity, her well-guarded life more evocative of old-world showbiz than the digitally savvy stardom of today. Megha Mahindru attempts to peek in.

The last movie that Katrina Kaif enjoyed watching was Inside Out, the Pixar movie that looks inside the mind of 11-year-old Riley. She even cried when Bing Bong, Riley’s imaginary friend, an elephant-cat-dolphin hybrid, disappears. “It’s such an important film. I've never been in a room where there were so many men who were so touched and moved by a movie; I guess this is the way to explain things to guys. This movie just explained everything I’ve been trying to say—that we all start out happy and, as you go along, layers of experiences start covering you up, making you forget the person you really were,” she says.

This may be the closest we will ever get to the inner workings of Katrina Kaif’s mind. That’s the thing about Kaif—she is so good at being a celebrity, the real her seems illusory.

So when we finally agree to meet on the sets of Phantom, even the trek to Film City, located at the edge of suburban Mumbai, seems reasonable. On location, the set resembles Istanbul’s Grand Bazaar, shoehorned with oriental bric-a-bracs—oversized brass teapots and colourful lanterns. Surrounding me is an army of dancers—Eastern European women bedecked in sparkling Middle-Eastern attire and men sporting dark kohl and long, unkempt hair—only reinstating my geographical guess. But there is no sign of Katrina Kaif. 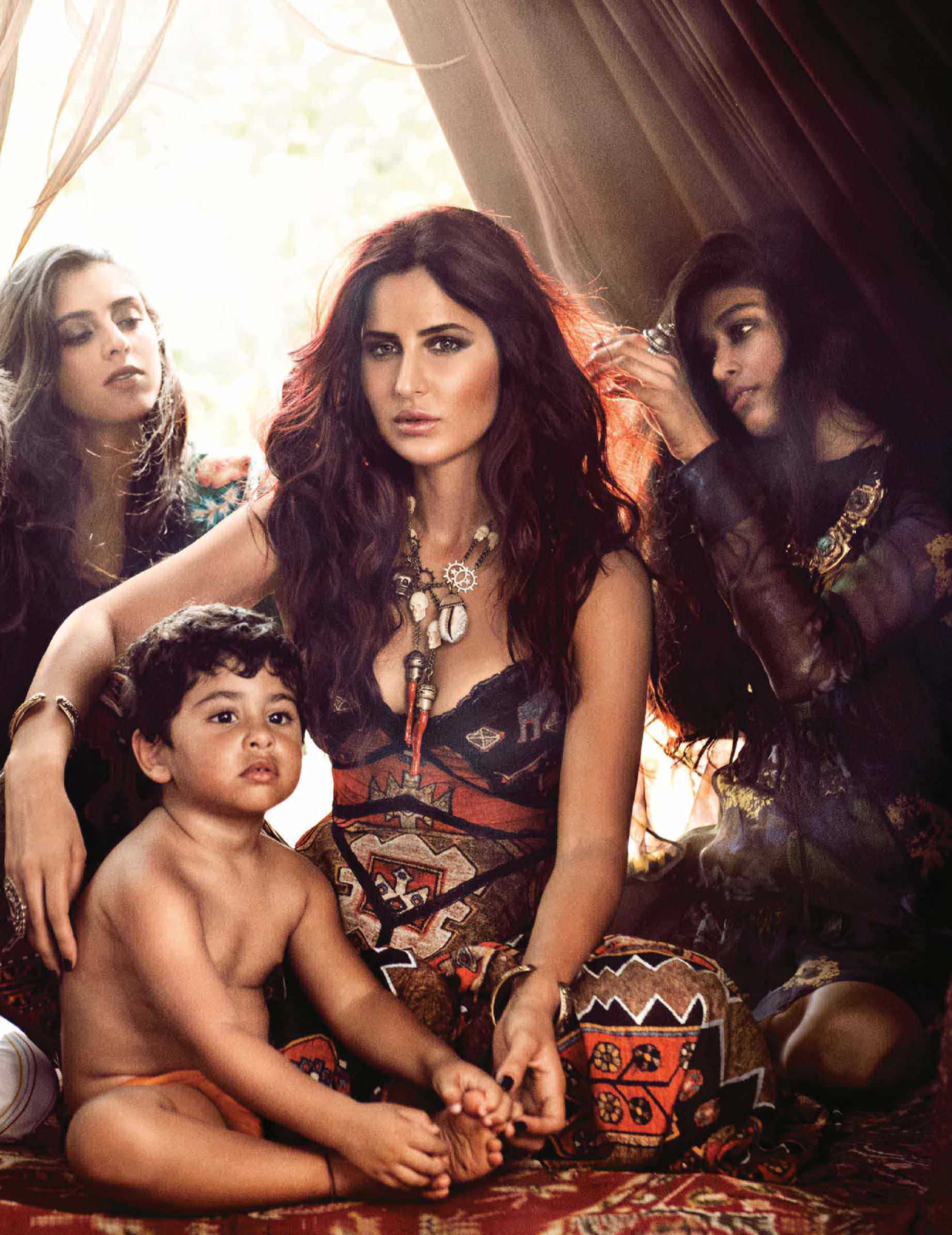 Two hours later, my introduction to Kaif comes via a set monitor. Windswept and looking somewhat lost, she is navigating the motley crew through this song-and-dance sequence, a last-minute addition to Kabir Khan’s latest counter-terrorism drama, based on journalist Hussain Zaidi’s page turner, Mumbai Avengers.

When Kaif walks off the set to take a breather, we meet for a quick chat— as she delicately picks on her bowl of papaya, we discuss her love for CrossFit, tiring work schedules and her current diet, which makes processed food off-limits. “Sometimes, I feel like I’m just going to collapse,” she says. But in no time, she slips back in front of the camera, mingling with the dancers. So there’s that contradiction: she’s animated and yet somehow distant and transient. She knows how to keep people guessing—fans and journalists alike.

When we are scheduled to meet again, a few days later, it’s the day of her 32nd birthday. Outside her Bandra apartment, there are no frenzied fans gathered to catch a glimpse of her. Inside her tastefully done-up duplex, there are no pictures of family and friends giving you a peek into her world. Everything is quiet—no gifts, no signs of a celebration. “Not many people know where I live, so that’s not really an issue. My house is not a landmark like Amitji’s or Shah Rukh’s or Salman’s,” says Kaif, curled up on a grey sofa, wearing a red checkered shirt and relaxed denims.  "But my office gets a lot of things - film scripts, cards and sometimes even marriage proposals,” she says breaking into a smile.

The actor has returned this afternoon from Alibaug, where she brought in her birthday with a set of close friends. Ask her what she did, and there’s that characteristic reply. “That’s for private consumption,” she says, adding, “I don’t want anyone to be scandalised.” The only inkling of the party that was is the slight hangover she is nursing and an aching finger. “I don’t answer my phone on my birthday. I prefer replying the next day; otherwise, things get too hectic,” she says as she picks up her second phone, a BlackBerry, which is reserved for work calls with her manager. “I’m just trying to chase a doctor now became I fear I've broken a finger."