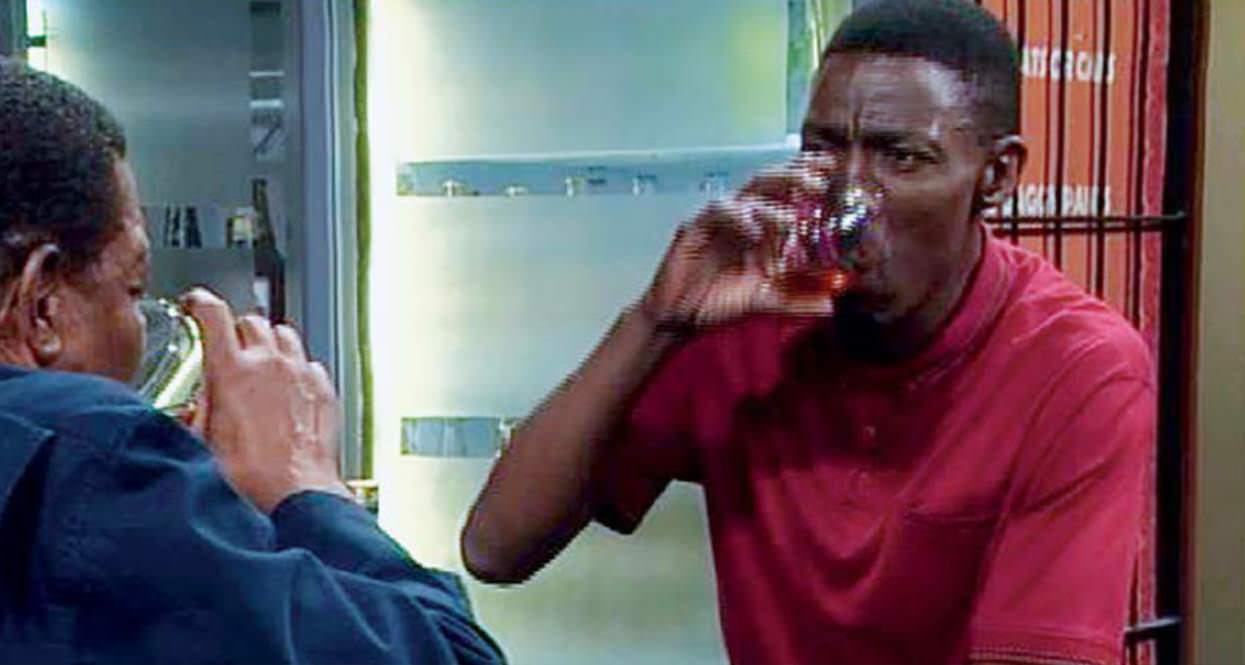 Criminal thug Cosmo (Ronnie Nyakale) never thought there would be bad blood between him and his gangster boss Gadaffi (Vuyo Dabula) after Cosmo hung up his bad-boy boots and opened a fast food restaurant in late January 2017. Their bond and brotherhood’s always been strong… until Thursday 15 March when Gadaffi’s beaten up and left bleeding in the street. He immediately suspects that Cosmo sold him out and told Gadaffi’s Russian connections that he’d murdered a Russian mob soldier on Thursday 9 March. “Gadaffi thinks that it’s Cosmo; it could only be him because Cosmo knew all of his secrets,” explains Corlett Matseone, who plays Gadaffi’s new right-hand-man Yster.

TALKING TO A TRAITOR