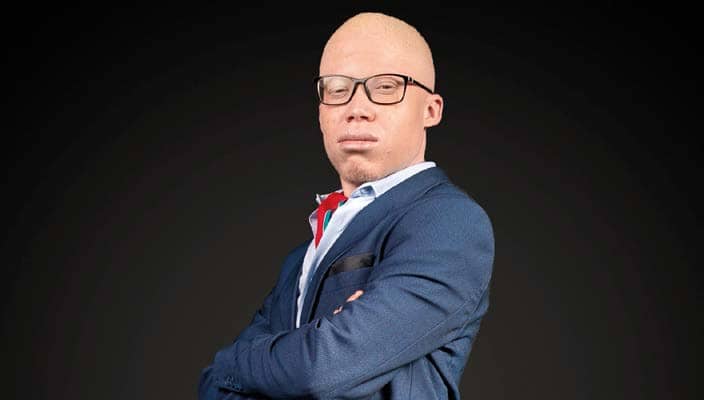 Kgosi’s love life goes belly-up and two friends help him get his groove back.

One should expect that some of womaniser KK’s (Macdonald Ndou) flirty ways would rub off Kgosi (Tebatso Mashishi) after the young man moved in with his dad in mid-2019. Not so, says Tebatso. “Kgosi is worlds apart from his dad. He is an introvert, shy and a total nerd. He doesn’t have that charm which his dad is known for.” And for a shy guy to find a girlfriend is difficult. “Kgosi had a girl early this year, but she dumped him (in March) for another guy off-screen. He is heartbroken and even more of a recluse than when he arrived.”

What really broke Kgosi and his confidence is the way his girl left him. “She broke up with him over the internet. She made a public post of their breakup on social media and Kgosi is devastated because he is so embarrassed by the way it was done. He is still licking his wounds months later,” says Tebatso.