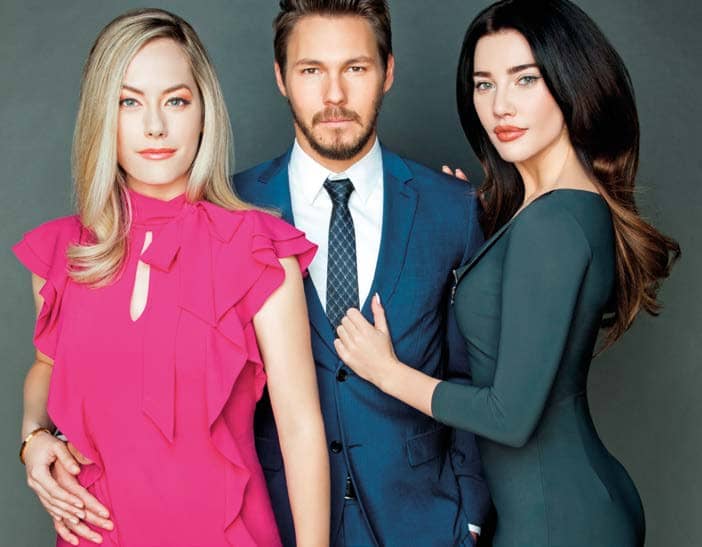 Steffy and Hope are both scrambling to win Liam’s heart, but who will he choose?

Liam Spencer (Scott Clifton) is a bruised man. His wife Steffy (Jacqueline MacInnes Wood) cheated on him by sleeping with his own dad “Dollar” Bill (Don Diamont) in March and she is now carrying Bill’s baby – Liam’s brother… her own brother-in-law. Although Steffy has begged Liam for forgiveness, he wants nothing of her cries. “Liam is feeling like everyone in his life that he loved has betrayed him, that is why he’s living in a motel,” says Scott. “He wants to be completely isolated. He doesn’t know if he even wants to stay in Los Angeles. This is the lowest he’s ever been.”

But there is a light at the end of his dark tunnel. His ex-wife Hope (Annika Noelle) has reached out to Liam. “She feels his pain,” admits Annika. “This is an unfortunate event that transpired. A betrayal to Liam of the cruelest kind and by those closest to him.”

Although Steffy and Hope had their issues in the past over Liam, initially Hope is trying to get Steffy and Liam back together. “Hope just wants Liam to be happy and heal, so she will do what she can,” says Annika. But Liam isn’t convinced that his feelings for Steffy will ever be the same. “If you were to ask him, he wouldn’t be so sure that he could ever forgive her. I don’t know if Liam can think in terms of even loving his father or Steffy ever again. It’s just pure pain.” Scott adds that time is the only thing that could properly save his character’s marriage, “But that is unlikely to happen”.