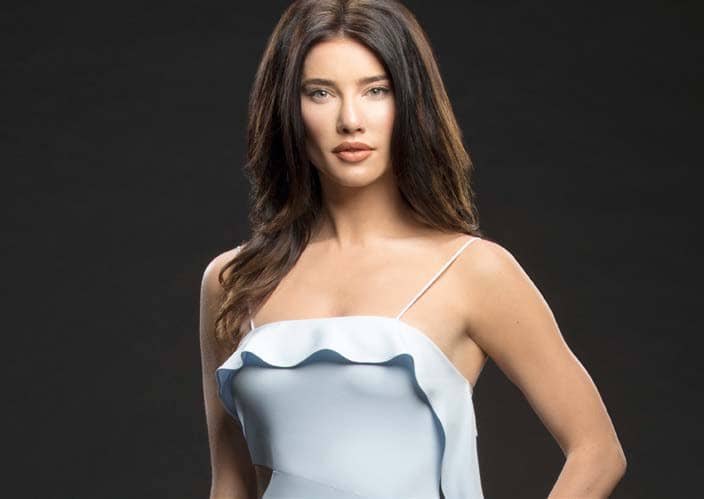 Steffy Forrester steps into the shoes as CEO of Forrester Creations while dealing with some emotional issues as well.

You can’t keep a good woman down. Steffy Forrester (Jacqueline MacInnes Wood) had a rough few months after it emerged that she slept with her then-husband (and-now fiancé) Liam’s (Scott Clifton) businessman dad Bill Spencer (Don Diamont) and fell pregnant with his child. Not letting this get her down, Steffy wants to feel empowered and she is given a golden opportunity when she is named new CEO of Forrester Creations at the end of February.

“This decision was made by Eric (John McCook) and eventually Steffy’s father Ridge (Thorsten Kaye) saw the wisdom and agreed,” says Jacqueline. “She has always consulted with Eric and Ridge on big decisions. That won’t change, but Steffy is the decision maker now.” tvplus had a sit-down with the new Forrester boss who’s busy shaking things up.

What is Steffy’s first point of order as CEO?