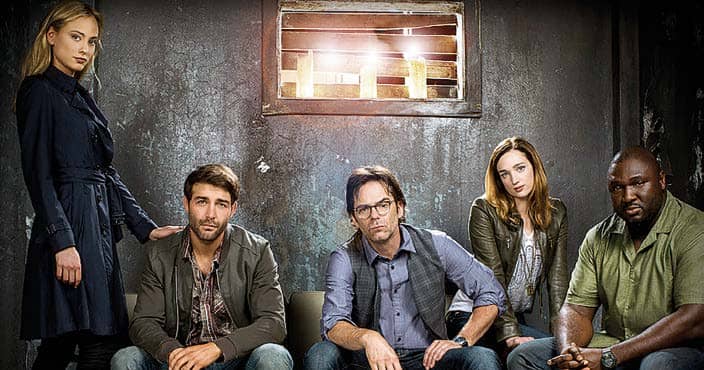 The animals might have been cured in Zoo, but 10 years on and a hidden side-effect could spell extinction for humanity.

Mankind is facing a bleak future in the 13-episode third season of apocalyptic sci-fiZoo (2015-2017). The world’s animals have been cured of the virus that turned them overly aggressive and made them attack and kill people, but the cure has had an unexpected side-effect – it sterilized humanity. “There is a 10-year time-hop with season 3 and viewers find humanity facing their biggest challenge yet: to repopulate the world,” reveals series creator Josh Appelbaum. But that’s not the only conundrum. Josh adds that mankind must also figure out how to “control a string of genetically engineered animal hybrids that are destroying the world”.